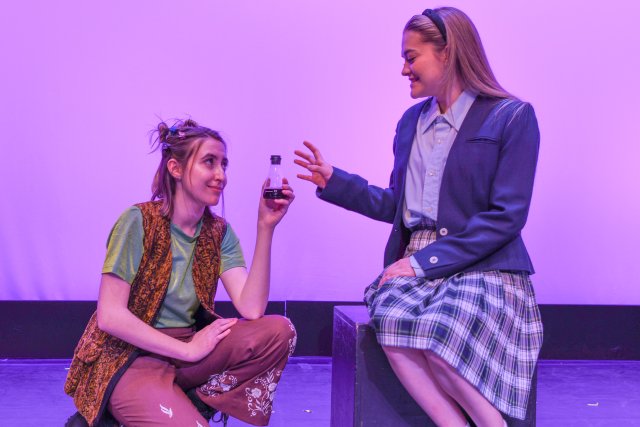 In this rock ‘n’ roll adaptation presented by the Department of Theater and Dance Arts, Helen, a student at Millennium Oaks High School, has studied so much she falls asleep at her themed prom. from “A Midsummer Night’s Dream”. She wakes up to find that she is a character from Shakespearian comedy.

It is the latest of many original productions written and produced by Thousand Oaks theater arts professor Ken Gardner during his 37 years at the university. The script for this comprehensive musical is based on a short musical adaptation of the play he wrote years ago for the Kingsmen Shakespeare Company to perform for thousands of elementary school students in Ventura County. . Previous musicals written by Gardner, recipient of the National Drama Program’s Excellence in Education Award, include “Hamlet, Disco Dane of Denmark” and “Ohio,” which was based on the shooting in Kent State.

It is the fourth of Gardner’s original musicals at Cal Lutheran featuring the work of 90s Nation bandleader Ron DiBuccio.

Free entry. Tickets can be reserved at https://commerce.cashnet.com/CLUTHTR. They may also be available at the door. Proof of full COVID-19 vaccination or a negative PCR test within 72 hours of the event and photo ID are required for campus visitors. Masks are mandatory. The theater is located at 135 Chapel Lane. For more information, call 805-493-3452 or visit CalLutheran.edu.