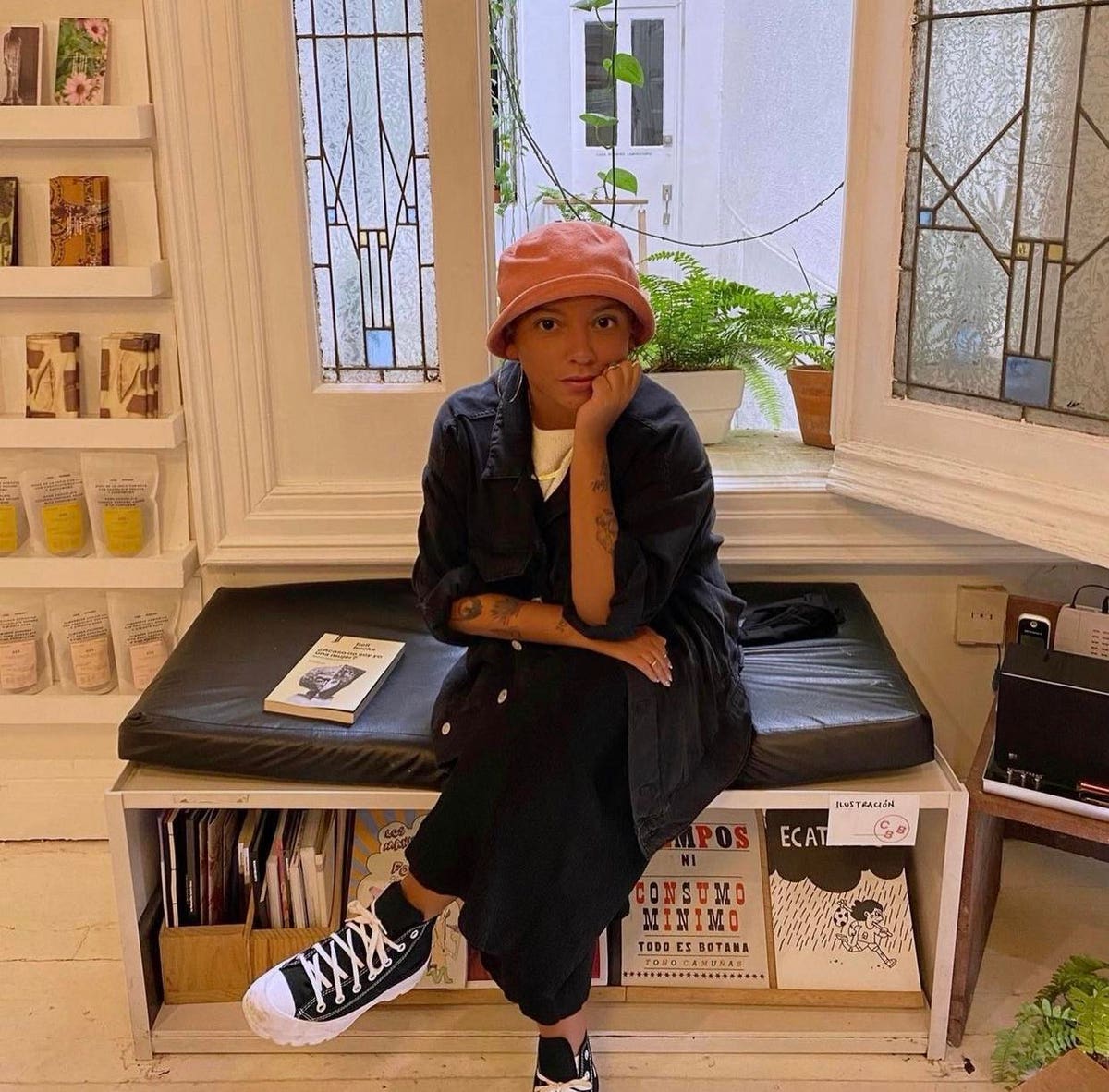 A Conversation with Raven Rodriguez on Women’s History and Liberation

Women’s History Month is a time when the world recognizes the contributions women have made throughout history. Most of the time, the topics that dominate public conversation focus on the accomplishments of elite and cisgender women who are celebrated for conquering historically male spaces. There needs to be a deeper exploration of how women’s movements labeled as liberators continue to harm women. No conversation about women’s history is complete without exploring the ways in which women are excluded and erased. Raven Rodriguez is a New York-born writer, scholar, and consultant whose work examines the ways in which intersecting systems of oppression impact the structures in which we exist. Rodriguez sat down for an in-depth interview about the interconnectedness of feminism and capitalism, the decolonization of gender there is no liberation without the liberation of black women.

Raven Rodriguez: I’m so happy to start here. We cannot celebrate women’s history by ignoring how historically exclusive feminist thought and women’s movements are. What are we celebrating? I think celebrating women starts with redefining the word “woman”. I think it starts when we stop promoting “divine womanhood” and let go of our fixation on colonial norms. It’s truly distressing how cis women’s movements encourage us to weaponize our femininity. My question to anyone who is desperately trying to maintain femininity is always this: how divine is your femininity if it is so easily threatened?

In the same way: We are currently in Women’s History Month, and there is a lot of conversation about what we can do to better support women. What is often overlooked is how women’s movements have failed non-white women. Black women have made important contributions to the feminist movement, but this history is often erased. How do you see this manifesto in the present?

Rodriguez: I think the most recent polarizing example of how black women are being erased from women’s movements is the #MeToo movement. A movement created by Tarana Burke, a black woman and activist, to combat the rampant sexual assaults suffered by black women and girls. When we look at how Tarana built the movement and ultimately saw it hijacked by wealthy white women, we see something present in every wave of feminism: the erasure of black women and girls. And I think it’s important for us to remember that none of this is new. White women inherited slaves and used their inheritances to build self-sufficient financial futures. White women were willing to sacrifice black women’s right to vote. White women fought for reproductive rights while neglecting sterilization of black women. And today, white women are the notorious bosses who dominate historically male spaces while exercising the same brutal and sadistic control. The way mainstream feminist movements continue to unfold is cyclical.

In the same way: Do you consider yourself a feminist? Do you think the feminist movement will help liberate all women?

Rodriguez: I consider myself a black feminist. I am a black woman who understands two very important things: the first is the historical reality of the struggle for survival and liberation that black women experience. An experience that gave birth to the movements led by generations of black women before me. I know that I am a student of theirs before being a leader or a teacher of any kind. I remember their words, their sacrifices, their years in prison and their death…that the only people who care about us enough to fight for our release, that’s us.

The second is that my ability to love myself is directly shaped by the work I do. That my work could never fit into the feminism that white women have created because my power and my oppression come from the same source: my blackness. Do I think feminism will set us all free? I think we have to be very precise when we talk about feminism. White feminism is not my home. White feminism is not my practice. There is no real movement to liberate “all” women because “all” women do not experience the same oppression. And I think that’s exactly what white feminism would have us believe – that our struggles are aligned. That as women we are allies. But I challenge that daily. I don’t need a white woman’s ally. I need white women to let go of the systems by which they feel oppressed. Because these systems also grant them superiority. I need white women to understand that women’s marches, protests, and any movements they have co-opted or become the faces of are actually white supremacist spaces.

There is no “liberation of all women”. There are liberating black women. When we are free, everyone is free. How could white feminism liberate “all women” when true liberation requires the destruction of everything that white women benefit most from?

In the same way: What are some of the ways that feminism does not include women with intersecting identities?

Rodriguez:I mean white feminism doesn’t include women with intersecting identities, but I can’t ignore how white feminism continues to spawn “boss daughter” movements in its image. I can’t ignore the way we all watch black people and other non-whites get on the boss bandwagon, and how inherently capitalist it all is. I think we’re all wired to see white supremacy as a male domain. But the feminism that many of us know and see today East white supremacy. The same way we know you don’t have to be white to buy white supremacy for a shred of superiority, neither do you have to be a white woman to buy the feminist garbage we see today. So, I’m going to answer your question by saying this: Collectively, we need to stop ignoring the centuries-old history of feminists complicit in patriarchal white supremacy. Ignoring this only makes us pawns in a system designed to hurt black women with intersecting identities.

In the same way: You mentioned how white feminism became a catalyst for the women bosses movement. How do you see feminism being interconnected with capitalism?

Rodriguez: There is no separation between capitalism and white feminism. Feminist bosses are grossly capitalist. It is undeniable. They were the first black feminists who understood the critical need to be anti-capitalist…and it is the black feminists of today who still understand it. There is no liberation movement that defends capitalism. And I believe that erasing the ways in which capitalism and feminism intersect really starts with the telling of history in America…the way historians focus on the roles of white men in the development of slavery and the capitalism, completely erasing the presence of white women and their early economic investments. When we consider the immense wealth that white women possessed in the American South, we also consider how their assets, including the slaves they owned, made their husbands’ businesses lucrative. The truth is this: White women’s economic investments helped slavery flourish. And yet, today, slavery and capitalism are still framed and taught as the domains of white men. And it is this reframing that allows white women to create movements of power masked as movements of liberation.

Times like Women’s History Month have historically celebrated the successes of women rising to powerful political office and leading billion-dollar businesses. While overlooking decline the life expectancy of black trans women, the abysmal disparities in Maternal mortality that make black women 3.5 times more likely to die in childbirth, and the growing invisibility of incarcerated black women. White feminism is not about liberation or challenging the status quo. White feminism is a power struggle between white women and white men for the title of master.

In the same way: What are the ways we could/should advocate for women, but especially and more specifically, black women?

Rodriguez: Toni Morrison has this quote, ‘From my point of view, there are only black people. When I say people, that’s what I mean. This is what comes to mind whenever I hear or read the words “specifically black women”. If we know that black women disproportionately face a myriad of injustices, it will always be foolish to identify solutions that work for “all of us”. How do we defend women? We protect black women. We get rid of the idea that white women are the only symbols of femininity or the only women worth protecting. We reject white supremacist beauty standards that promote anti-darkness, transphobia, ableism, and fatphobia. We are decolonizing binary gender and allowing black people to explore gender autonomously rather than using the language white people have given us for it. We decriminalize sex work and recognize sex workers as fundamental workers deserving of humanity and protection. We recognize the ways in which white supremacy directly impacts our gender expression. This is how we defend women. And yes, I mean black women. Because like Toni, from my point of view, it’s just us.

This interview has been lightly edited for clarity and brevity.