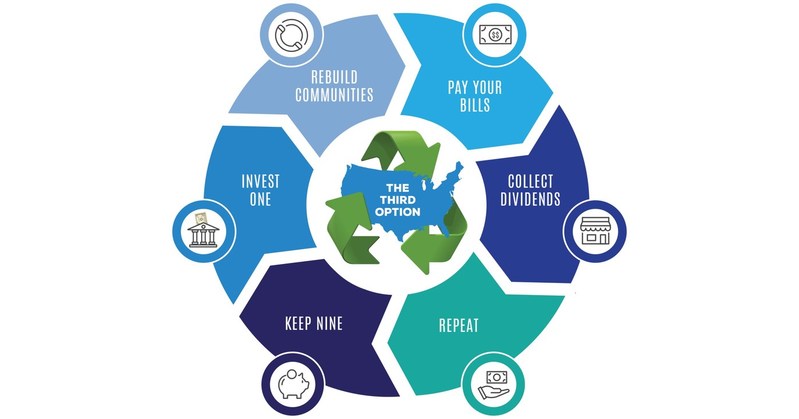 “Social science, capitalism, and democracy are all at a crossroads. Capitalism believes it doesn’t need the other two, and if it succeeds in eliminating them, it will ironically destroy itself in the process. Only with democracy as the foundation can the three remain valuable and necessary.” Social science budgets are under constant threat of being cut and government programs of being ‘privatised’, but in this new model, the analysis of socio-economic and political structures would become essential in a process of improving our institutions.

The central feature of this model – original from America first bank of United States– was resurrected to “ensure the democracy originally promised, while better managing the version of capitalism that has grown in its absence”. It does not seek to eliminate capitalism, according to Simmons, only “The capitalist version of democracy“. “Democracy is not for sale; neither is capitalism qualified to handle it… With the democratic version of capitalism, both would finally do the work they are qualified to do.”

Before this model could be implemented, Americans would have to vote for it. The third option thinks it could happen as early as the 2024 election cycle.

About the third optionIf we empower democracy to realize its potential, it will in turn enable each of us to do the same. The mission of The Third Option is to bring democracy back to its original intent. We can achieve this by working with people who are democratic in spirit from all ideological points of view, the essential of which remains life, freedom and the happiness of all.