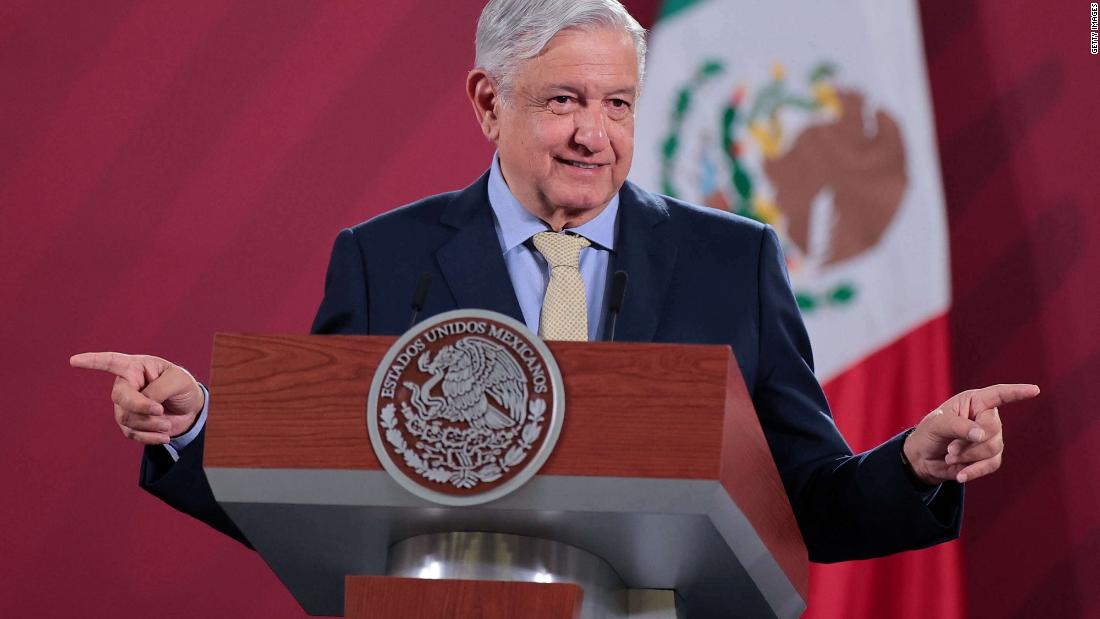 While they have hosted several virtual gatherings and high-level U.S. officials visited Mexico recently, this first face-to-face meeting will give Biden an opportunity to revisit his disastrous immigration policy. From day one of his administration, he dominated his approach to Mexico.

Although discussions on other issues – trade, investment, drugs, security – have taken place at high levels, migration has put everything else on the back burner. The same thing more or less happened under the Trump administration: With the exception of the new trade deal, labeled USMCA, former President Donald Trump put immigration at the top of his list, when he dealt with US-Mexican relations, to the exclusion of almost everything else.

The dismal numbers in Biden’s immigration polls and the Republicans’ ruthless attacks on his management of the border have led the US president to depend almost entirely on Mexico for help with the immigration problem. Only Mexico can at least partially prevent Central Americans, Haitians, Cubans, Venezuelans, Ecuadorians and Brazilians from the American border, even if in doing so it mistreats them or places them in squalid camps along the coast. US-Mexican border.

Therefore, Biden did not want to publicly challenge López Obrador on domestic issues in Mexico, which – due to the intensity of relations between the two countries – are rather all intermestic.

As long as Mexico runs Washington’s migration bidding, keeping Americans of Central and South American descent from reaching the southern border of the United States, Biden is looking away from other issues. These include the mismanagement of its economy by Mexico; lack of rule of law; Corruption; violations or threats of USMCA energy, investment, and agriculture provisions; fight against drugs; regional issues such as the elections in Nicaragua and the protests in Cuba; and the consolidation of democracy and human rights in Mexico.

Paradoxically, AMLO’s policies only made Biden’s predicament worse: by mismanaging his country, the Mexican president created new incentives for Mexicans to migrate to the United States.

The migration-only approach has not worked. For fiscal year 2021, US authorities made more than 1.7 million border arrests, the highest total on record. September’s number was the highest for that month since at least 2000; October fell slightly, largely because fewer Haitians attempted to enter the United States, but the figure was still much higher than for any October in decades. More than a third of those apprehended are Mexican, far more than nationals of any other country, and most are single adults. It is not a coincidence.

The apprehensions of Mexicans have been increasing for three years now, and one of the reasons is López Obrador. AMLO is sinking the Mexican economy into the ground, through a mistaken reluctance to implement any fiscal stimulus during the pandemic (which it also botched), a mistakenly designed electric power reform, and the lack of any tax reform. It creates new incentives for Mexicans to migrate, especially at a time when the labor shortage in the United States is increasing. Push and pull factors are driving more Mexicans to head north.

Herein lies the great opportunity for the two leaders to reach a far-reaching agreement on immigration. López Obrador has rightly insisted that Washington dramatically increase the number of temporary work visas it offers. Economic stagnation in Mexico, a US economy facing labor shortages in virtually all occupational categories, and an impending boom in infrastructure construction clearly justify such increases. These would automatically reduce the pressure from unauthorized migrants entering the United States, essentially allowing many of them to enter through fully legal gates.

But beyond this short-term remedy (which could affect hundreds of thousands of migrants), Biden should devise a different approach towards Mexico.

First, it should not be based almost exclusively on immigration, as important as it may be for both countries. Second, it should clearly include issues that are of great importance to the United States, but which López Obrador mistakenly views as strictly domestic Mexican affairs. It means democracy, human rights, macroeconomic policy, the rule of law, energy reform, and regional affairs such as the current crises in Nicaragua, Venezuela and Cuba.

For example, instead of pressuring Mexico to impose visas on Venezuelan refugees seeking to travel to the United States (as the Biden administration would have done), it should persuade Mexico not to host the Venezuelan dictator Nicolas Maduro, whose regime forces these Venezuelans to leave their country.

It also means reaching some sort of understanding with Mexico on drug policy and violence, beyond friendships on reducing homicides in Mexico and strengthening cooperation. Primarily, it involves doing all of this in a much more public way than so far.

Washington should follow a two-pronged approach to Mexico, similar to the one it has taken for China and Russia. As with these two countries – with China being more important to Washington than Mexico, Russia less – it should engage, negotiate and make deals wherever possible, but speak out on issues on which the two countries not only disagree, but increasingly disagree chances. Biden has not shied away from publicly denouncing human rights violations by the governments of Beijing and Moscow, while also cooperating with them on critical issues such as climate change.

López Obrador is totally indifferent to American private criticism; he considers it an unjustified interference in the internal affairs of his country. But he is extremely sensitive to public statements, whether they are undiplomatic and unhappy (as in Trump’s case), or more cautious (as in Biden’s). He knows that the United States is the only obstacle to his so-called populist, wacky “fourth transformation” of Mexico.

Nothing would hurt America’s long-term interests in Mexico as much as instability; every administration in Mexico since Woodrow Wilson knows it. The country is at least as politically sensitive to the United States as Russia and China. If Biden doubts it, he should review his polls on immigration and border management.

Vincent Cavaleri announces his candidacy for the US Congress