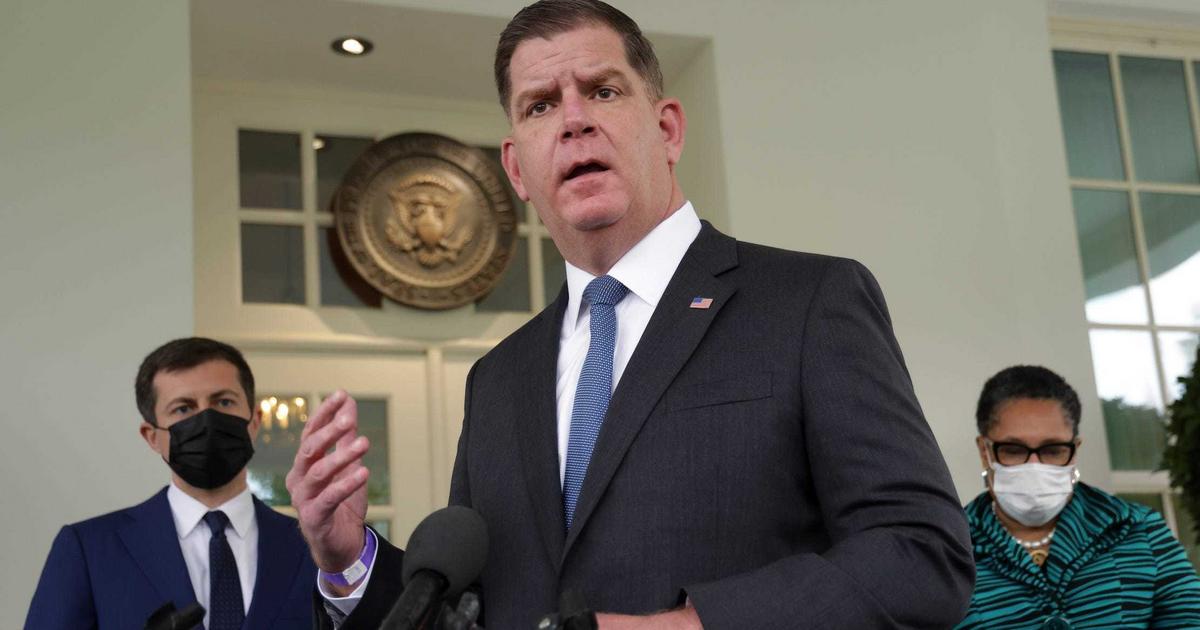 Wall Street and consumers are worried about a looming recession, especially as prices remain sky-high and some companies are starting to lay off workers. But not everyone, including Labor Secretary Marty Walsh, thinks we’re on the verge of a downturn.

Of course, the economy is still struggling with a few curve balls. Gas prices and prices for everything else are still high.

“I am convinced that we are in a very interesting economy because of a pandemic, because of Putin’s war in Ukraine which is driving up gasoline prices around the world,” Walsh said. All of this will put “strain” on the economy globally, according to Walsh.

“We’re doing everything we can as an administration to reduce the inflationary costs people face and the pressures people face,” Walsh said.

But the recovery is in full swing, even if some firms are tightening their belts. New data this week from the Bureau of Labor Statistics showed that 4.3 million Americans quit their jobs in May, showing that workers aren’t too afraid to quit their job for a new one. Meanwhile, layoffs have remained low, meaning employers want to retain their employees.

“I look out the window and there are tour groups here, walking to the Capitol and walking to the Washington Monument every day. The hotels are full. People come and go, so this is going to help our economy. “Walsh said. “We just need to reduce some of those costs for people.”

Letter to the Editor: Eric Brakey won’t stand up for his constituents

What makes a Black Friday deal really worth it?

Credit card fees will be reviewed in January