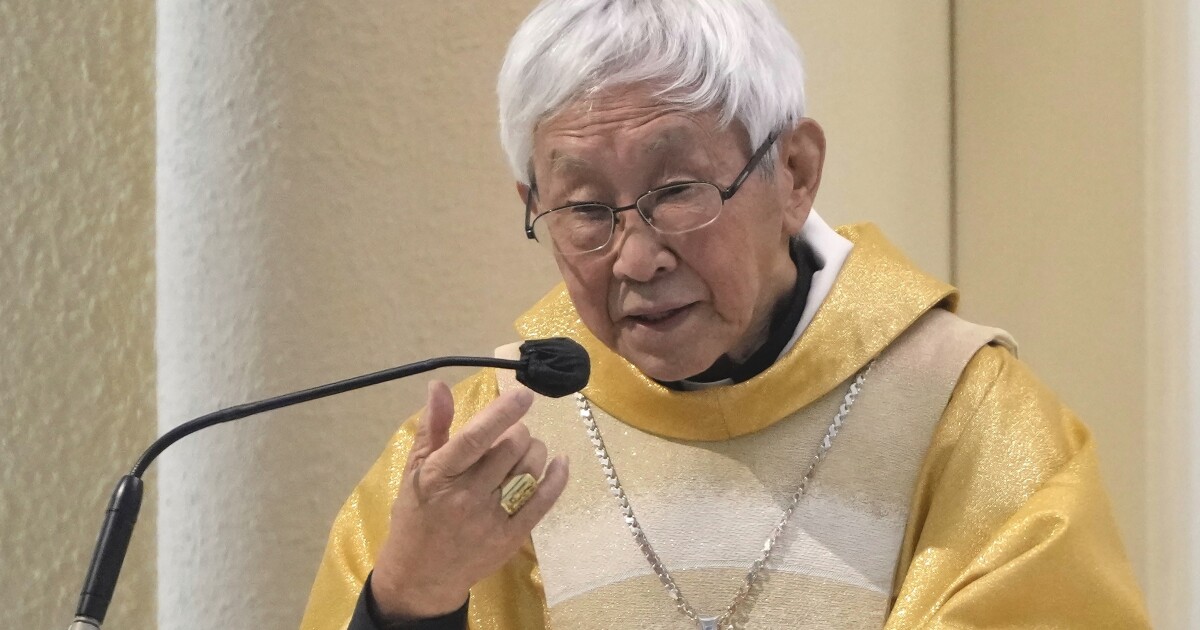 A A bipartisan group of senators introduced a resolution condemning the Chinese government’s crackdown in Hong Kong and its prosecution of outspoken Catholic Joseph Zen.

Zen is pursued by the dominated by the Chinese government authorities in the city after his decades of harsh criticism of Beijing’s religious persecution, its numerous human rights abuses and its growing repression, and US senators are now urging the Senate to condemn his arrest and call on the government Chinese to end its prosecution.

The resolution “condemns the arrest of Cardinal Zen by the Hong Kong authorities at the request of the Chinese Communist Party” and “calls for the immediate dropping of all charges against Cardinal Zen.”

THE ZEN CATHOLIC CARDINAL OF HONG KONG PROSECUTED BY CHINA

If passed, the Senate would also ‘reaffirm religious freedom as a fundamental right’ and ‘urge authorities in China and Hong Kong to stop targeting Hong Kong civil society actors and immediately release and drop all charges. held against all political prisoners who have been unjustly detained and charged”.

The 90-year-old cardinal, along with five co-defendants, were arrested and charged under the Hong Kong Companies Ordinance in May for allegedly failing to properly register the Pro-Democracy Humanitarian Relief Fund 612 , which provided legal and medical assistance in 2019. and 2020 to jailed protesters who opposed the Chinese government’s increasingly firm grip on the former British colony, which had semi-autonomy from the Chinese government until recent years.

Zen is also being investigated for “alleged collusion with foreign forces” under Hong Kong National Security Law, and, if charged and found guilty under this law, he could be sentenced to life.

The bipartisan group of senators said this “national security law” was imposed in 2020, “effectively crushing Hong Kong’s opposition movement, overhauling its electoral system to give Beijing even more control, silencing free media and crippling its once vibrant civil society.”

The senators lamented that “Hong Kong is turning into an increasingly repressive society where no one stands up to government tyranny, including religious leaders and communities.” They added that “Cardinal Zen’s story is just one example among many of religious persecution and the attack on democratic freedom in China and around the world.”

House Speaker Nancy Pelosi (D-CA) wrote in mid-May that “Beijing launched its latest assault” on freedom by arresting Zen, arguing that “these arrests are part of a harsh crackdown” and are “designed to eliminate all dissent in Hong Kong”.

And the White House press secretary Karine Jean-Pierre too sentenced arrest in May.

“Thus, freedom of expression is essential for prosperous and secure societies,” Jean-Pierre told reporters. “We call on the PRC and Hong Kong authorities to stop targeting Hong Kong defenders and immediately release those who have been unjustly detained and charged, like Cardinal Joseph Zen and others arrested today.”

The Vatican’s response to the arrest has been largely silent because Pope Francis is seeking to renew a secret agreement between the Catholic Church and the Chinese government on how bishops are appointed and how the Church is authorized to operate inside the increasingly authoritarian country.

There is a big rift inside China between the government-sanctioned Chinese Patriotic Catholic Association and the underground Catholic Church.

Zen has long been a harsh critic of Beijing and has repeatedly criticized the Vatican as it seeks a more permanent deal with the Chinese government. Francis hopes to reach a new agreement with China this month.

CLICK HERE TO LEARN MORE ABOUT THE WASHINGTON EXAMINER

Chinese Foreign Ministry spokesman Zhao Lijian defended Zen’s arrest in mid-May by saying “Hong Kong is a society of law where no organization or individual is above the law. law and all offenses shall be prosecuted and punished according to law”.

Zen himself has not backed down since his arrest.

“Martyrdom is normal in our church,” the cardinal said. said during a homily at the end of May during the Catholic mass. “We may not have to, but we may have to endure the pain and arm ourselves with our loyalty to our faith.”