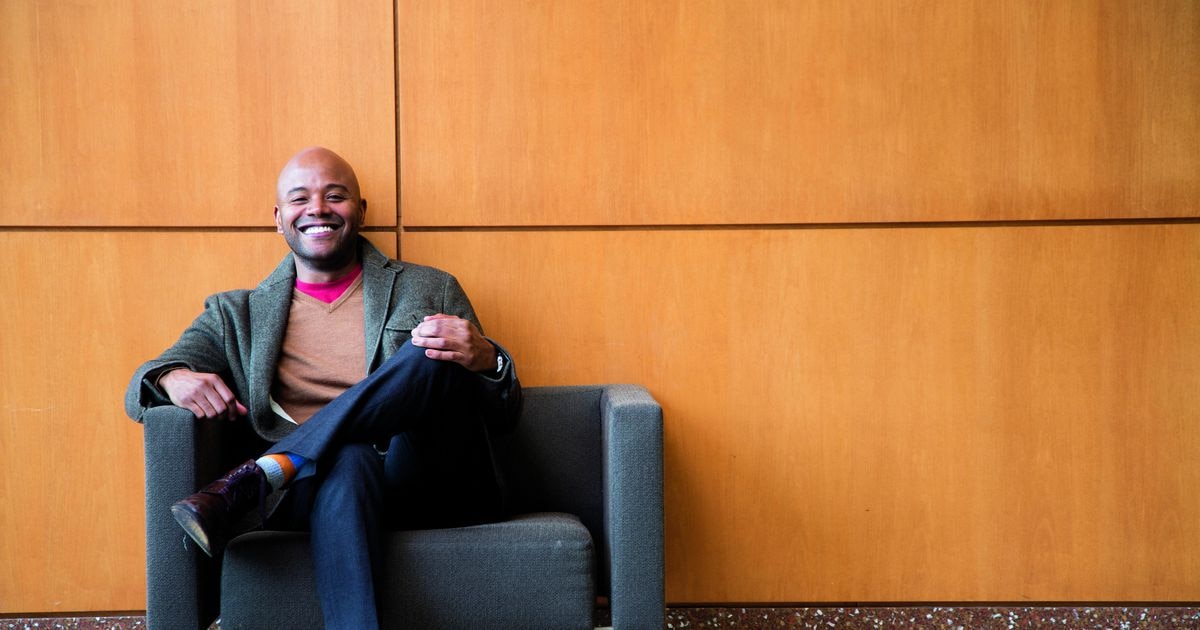 The period between Barack Obama’s inauguration as President and the January 6, 2021, uprising on the United States Capitol marked a pivotal time for Black Americans to gain dignity and the ability to fully participate in democracy.

Those years were a time of rebuilding – marking a struggle between those who support black advancement and those who don’t.

This is the argument of Peniel E. Joseph, professor of public affairs and history at the University of Texas at Austin. His new book, The Third Reconstruction: America’s Struggle for Racial Justice in the 21st Centurycomes out in early September.

In the book, Joseph identifies three periods of reconstruction in the history of the United States – periods of “racial violence, political divisions, cultural memories and narrative wars”, but also of major political and racial progress.

The first reconstruction took place between 1865 and 1898, he argues. The second reconstruction was the civil rights era, which he says began with the Brown vs. Board of Education decision in 1954 and ended with the assassination of Martin Luther King Jr. in 1968.

The third reconstruction took place from the election of Barack Obama to the Black Lives Matter protests in 2020, as well as subsequent events such as the January 6 riot.

In his book, Joseph analyzes the relationship between those he calls “redeemers” and those he calls “reconstructionists.” Redemptionists, according to Joseph, advocate white supremacy – whether they actively express it or not.

The son of Haitian immigrants, Joseph grew up with his single mother and brother in New York. His childhood inspired his work, he said, and exposed him to the obstacles black people face. He saw black people killed long before the BLM movement started, he said.

“It was around my mother who is a historian and writer in her own right… [and] a feminist and social justice advocate who I was introduced to all of this,” he said.

Joseph said he was finally able to dig deeper into the influence of black feminist thought because this was his first project which was “a blend of history, memoir and cultural critique.”

Stacie McCormick, an associate professor of English at Texas Christian University, said it’s “long overdue” to discuss the role of black feminism in social justice. They have often been the “driving force” in encouraging people to support social justice movements, she said.

“Black Lives Matter was one of the first movements where black women were centered” for their leadership, McCormick said. However, despite the progress made by the BLM movement, McCormick said there still needs to be more recognition for black women and girls killed by police.

Joseph has studied black feminist thought and literature for about 30 years. He said with this new book, the black feminist intersectional lens helped him understand how the BLM movement garnered so much support after the death of George Floyd in 2020.

“I think black people have always been the canary in the coal mine,” Joseph said, but it’s important that other non-black people join in the solidarity of the protests.

Joseph said the writing of the new book was “cathartic” and “illuminating”. Everyone studies history, he said, trying to process what is happening in their life and in society by telling stories about themselves.

“Some people want to run away from what I ran towards,” he said. “I think people will run away from the story and…might find it too painful or too angry. But I thought in 2020 what was interesting is that so many people joined in this effort.

Joseph is the founding director of UT’s Center for the Study of Race and Democracy at the LBJ School of Public Affairs. He previously taught at Tufts University. He has also published several other books, including Sword and Shield: The Revolutionary Lives of Malcolm X and Martin Luther King Jr. and the award-winning book Waiting ‘Til the Midnight Hour: A Narrative History of Black Power in America.

Lisa B. Thompson, professor of African and African Diaspora Studies at UT Austin, has known Joseph for about a decade. She described him as an “excited” and “deeply interested” intellectual. Thompson said it was admirable for Joseph to publish a book about current events in a way that gives non-historians an opportunity to understand what is going on.

“I think his way of framing these things helps us understand some historical cycles, but is also very adamant about keeping our hopes up for what can happen,” she said. “It’s very inviting [and] full, and I don’t think it speaks to people. He calls people to have a conversation that we need to have.