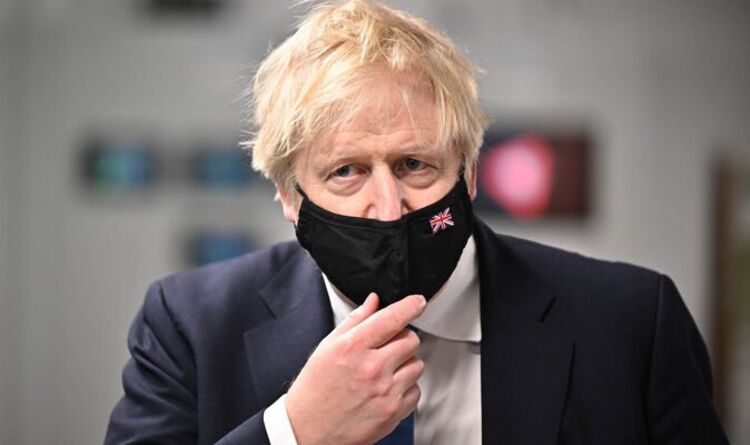 As a result, our weekly shopping bills are about to get much more expensive. Very soon, families across the country will suddenly find that they are out of money before the end of the month. In fact, more and more harrowing stories are already emerging of many people having to choose between heating their homes and feeding themselves. In this context, it is disconcerting that this government persists in its senseless anti-obesity campaign, to the direct and high detriment of families in difficulty. Once Once upon a time Boris Johnson called himself a ‘libertarian’ and spoke of Britain as a ‘land of the free’.

In fact, during his 2019 Conservative leadership campaign, he pledged to roll back “the continued creep of the nanny state.” Now, however, he is determined to slim down Britain by directly attacking unhealthy food.

Its Health and Care Bill contains a number of provisions aimed at reducing purchases of food that the government deems “unhealthy”. It will ban the advertising of these foods on television and radio before 9 p.m. in a new watershed, and at all times online. This policy will be very costly for the broadcasting, advertising and food industries, but according to the government’s own analysis, it will only remove 1.7 calories from children’s diets per day, roughly the equivalent of a single Tic Tac or half a Smartie.

The bill will also ban promotional offers such as “buy one, get one free” on offending foods. Hoping to stick to your tight shopping budget by using a “3 for 2” on crisps for the kids’ school lunch boxes? Think again. The government has decided that you are unable or unwilling to make healthy choices for you and your family, so they are going to force those decisions for you through aggressive new nanny state regulation.

Where the government should be easing the pressure on our wallets, it is actively making the cost of living crisis worse by implementing new rules that will add additional artificial costs to our shopping bills. Research from the Food and Drink Federation predicts that the Health and Care Bill measures will increase our spending on food by up to £160 a year.

It may not sound like a turnover, but when struggling families are already strapped for cash and still can’t make ends meet, around £15 more disappearing each month will seem like a lost fortune. Food prices are rising anyway, as are our energy bills, fuel costs and national insurance contributions. The last thing the government should do is unnecessarily make basic necessities even more expensive.

Food prices are the eye of the storm in the cost of living crisis. Everything is connected. For example, rising gasoline prices directly affect manufacturing and distribution costs, and these increased costs trickle down to supermarket shelves. It’s a vicious circle.

On an industrial scale, food prices have been quietly climbing for some time, mainly due to non-economic factors such as poor wheat harvests. The Food and Agriculture Organization of the United Nations estimates the annual increase in world food prices at 30%. To date, these price increases have largely been absorbed by manufacturers, who had a vested interest in keeping prices low.

But now, given the perfect storm of political and economic issues closing in on consumers, prices in stores will inevitably rise dramatically. It means now is the critical time – the time to pull out all the stops to ensure that no British family has to go without food or heating.

Now is not the time to signal the virtue of obesity through new harmful and ineffective rules and regulations. Resisting the continued growth of the nanny state is the only way to reduce household costs and protect our most basic freedoms of choice in the name of personal responsibility.

Jason Reed is the UK head of Young Voices and a political commentator for a wide range of outlets. Follow him on Twitter @JasonReed624 or find out more on his website, jason-reed.co.uk

Asian American Olympians are often framed by a “strict” parenting narrative. Why is it harmful.