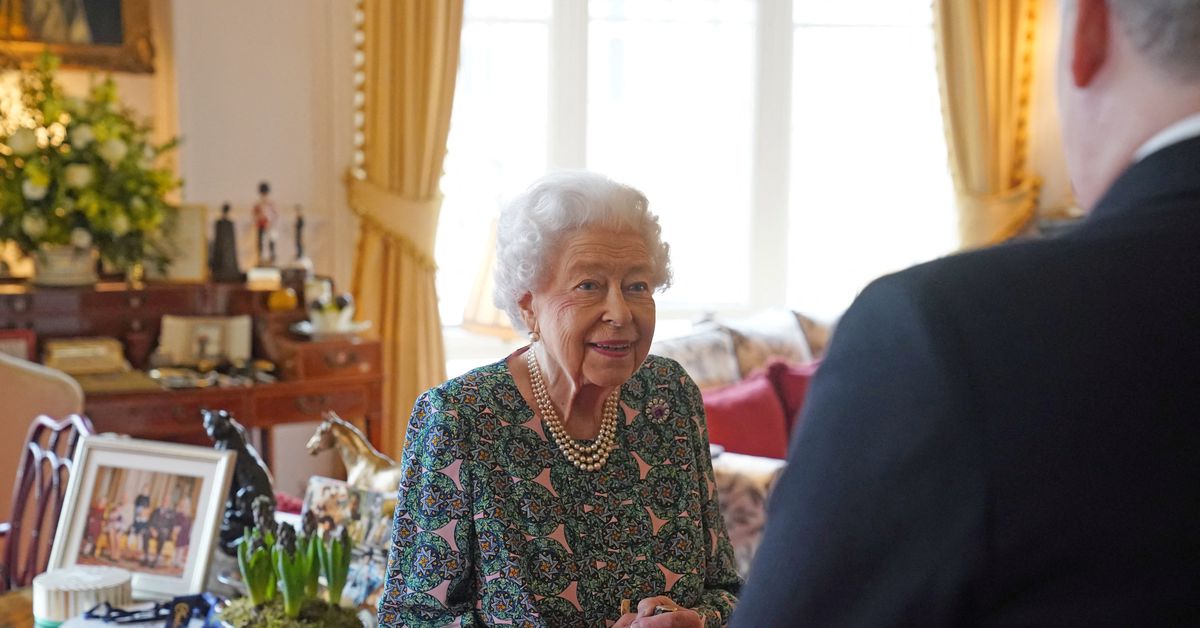 The 95-year-old Queen, who has been fully vaccinated against coronavirus, joked to palace staff just four days ago that she couldn’t move much, and she spent a night in hospital last October for an unspecified disease.

“The Queen tested positive for COVID today,” the palace said. “Her Majesty is experiencing mild cold symptoms but expects to continue light duties at Windsor over the coming week.”

“She will continue to receive medical care and will follow all appropriate guidelines,” the Palace said.

A number of staff have tested positive for COVID-19 at Windsor, the former castle where Elizabeth, the world’s oldest monarch, spent much of her time during lockdowns designed to contain the pandemic.

Philip, the Queen’s husband of over 70 years, died in April last year, aged 99.

Their son, Charles, 73, the heir to the throne, contracted COVID-19 for the second time earlier this month. He had met the queen a few days before.

British Prime Minister Boris Johnson, who said he nearly died of COVID-19 in 2020, was to scrap coronavirus self-isolation rules as part of a ‘living with COVID’ strategy that aims to get out faster of the pandemic than other major economies.

“I’m sure I speak for everyone in wishing Her Majesty The Queen a speedy recovery from COVID and a speedy return to vibrant good health,” Johnson said on Twitter.

The Queen quietly celebrated the 70th anniversary of her accession to the British throne in early February.

Elizabeth became Queen of Great Britain and more than a dozen other kingdoms, including Australia, Canada and New Zealand, on the death of her father, King George VI, on February 6, 1952. , while in Kenya for an international tour.

She is the first British sovereign to spend seven decades on the throne of a dynasty whose origins date back nearly 1,000 years to Norman King William I and his conquest of England in 1066.

Elizabeth’s achievement was to maintain the popularity of the British monarchy in the face of seismic political, social and cultural changes that threatened to make the world’s most famous royal family an anachronism.

When she ascended the throne, Josef Stalin, Mao Zedong and Harry Truman ruled the Soviet Union, China and the United States respectively, while Winston Churchill was British Prime Minister.

Including Churchill, she has been served by 14 prime ministers – a quarter of the number in Britain since Robert Walpole 300 years ago. During her reign, there were 14 US presidents, all of whom she met except Lyndon Johnson.

Elizabeth’s quiet dedication to duty won her support and respect in the UK and across the Commonwealth, unlike the scandals that engulfed other members of the Royal Family.

“She’s an icon, she’s an icon of the UK: she’s an embodiment of the UK in some ways, most people in the country have never known a monarch other than her,” said Steven Stepanian, who works as a consultant in London. Reuters.

Shashi Vandrevala, a 72-year-old retiree, said: “She has to get better, we can’t afford to lose her yet.”

The Queen has tried in recent years to give more duties to her heir, Charles, and to her eldest son, Prince William, and his wife, Kate.

There are, however, concerns about the future. The depth of respect for the Queen is such that as long as she lives, the institution will be safe. What happens next is less certain.

Supporters see the Queen as a unifying figure who boosts Britain’s prestige and economy. Opponents say the institution is a bastion of unearned privilege, funded in part by taxpayers and undermined by the behavior of some members.

Prince Andrew, Elizabeth’s second son, last week settled a lawsuit brought by Virginia Giuffre accusing him of sexually abusing her when she was a teenager. Andrew, a former associate of Jeffrey Epstein, has denied accusations that he forced Giuffre to have sex at age 17 more than two decades ago.

Meanwhile, Prince Harry, once the most popular member of the Windsors, and his American wife Meghan have given up their royal duties to move to Los Angeles. Last year, Meghan said concerns within the family had been raised about their son’s skin colour.

She also accused the family of neglect, saying she was left with suicidal thoughts after asking for help and getting none. The Queen said some memories may vary.

British police said last week they had opened an investigation into media allegations that honors had been offered to a Saudi national in return for donations to one of Prince Charles’ charities.

For many Britons, however, the Queen is very special.

As news of her COVID-19 infection spread, notice boards at London Underground stations carried a message of goodwill to the monarch, urging her to relax with her dogs.

“Straighten up soon Your Majesty – relax with the Corgis,” the message read. “Rest well. You are simply the best. Thank you for being such a wonderful queen.”

Mike Small: Debilitating British Realism and Our Need for a Scottish Republic

IAN BIRRELL: A day to honor those who died in pro-democracy protests in Ukraine