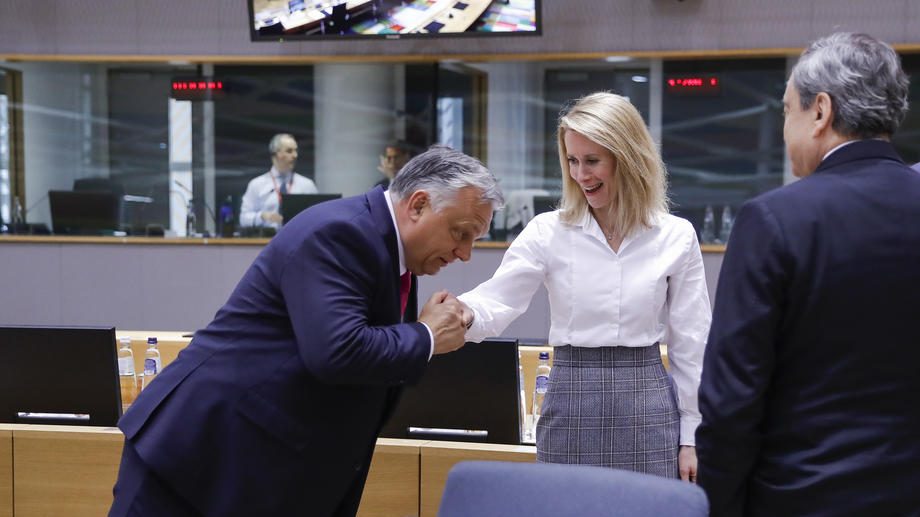 Given that Hungary’s main objective in its standoff with Brussels is to get the EU to release funds that have been withheld due to alleged rule of law violations, it is noteworthy this week another of the EU’s ‘bad boys’, Poland, has hosted European Commission President Ursula von der Leyen on Thursday in Warsaw to sign a deal to release 36 billion euros in funds as well frozen.

On Wednesday, the Commission finally approved Poland’s national spending plan. Under normal circumstances, this would allow Warsaw to start receiving its share of the €724 billion Recovery and Resilience Facility. However, for Poland there are some small print: an appendix to the agreement gives Warsaw until the end of the second quarter of 2022 (in one month) to solve the outstanding problems related to the politicized system of discipline of judges and the reinstatement of judges who have already been punished for having expressed criticism of the government’s “reforms” of the judicial system.

The three conditions initially imposed by Brussels to release the money were: dismantling the Supreme Court’s disciplinary chamber used to punish critical judges; fix other aspects of the disciplinary system of judges; and to reinstate judges who have already been punished for political reasons.

Poland’s parliament is closing in on passing a law proposed by President Andrzej Duda that supposedly addresses the first issue by abolishing the disciplinary chamber, though legal experts point out that judges politically appointed to that chamber could remain on the Supreme Court, which means that the discipline of judges – which will be transferred to a newly created chamber in the Supreme Court – would now be under the political control of the president.

“It is an operation of smoke and mirrors”, Laurent Pech, professor of European law at the University of Middlesex and observer close to Polish justice, commented on Twitter after hearing about Wednesday’s deal. “Von der Leyen has already decided to accept a fake ‘reform’ (e.g. a fake name change of the disciplinary chamber).”

The deal sets out “steps” related to judicial independence that Poland is supposed to meet before Brussels releases the tranches of money from the recovery fund. The fear, however, is that the ruling Law and Justice (PiS) party could present partial reforms, such as the president’s bill on the disciplinary chamber, to Brussels and get away with doing nothing else.

Some also point out that the political agreement between Brussels and Warsaw undermines the authority of the Court of Justice of the European Union, or ECJ. After all, the ECJ has already ruled that Poland should implement these reforms and fined it for not doing so in time.

Under the pressure of soaring inflation and energy costs, the Poles could certainly use the extra financial boost – and the PiS, of course, is more than happy to see the money coming. a year before the next elections. But the price is likely to be high: Brussels is once again compromising on democratic standards when it comes to Poland.

Inside the Politics: Student Loan Cancellation and Capitalism | Columnists