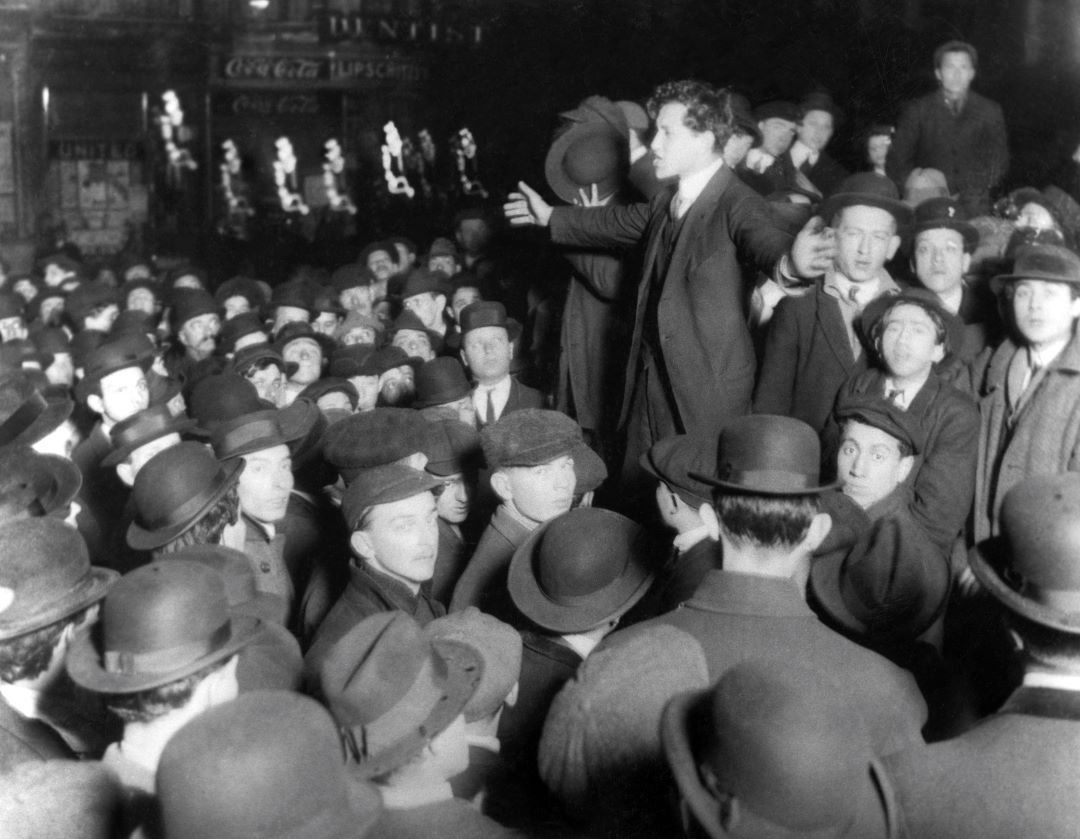 I mentioned the importance of Jack London to the Wobblies. You could also say that I found a reading of London important, in turn, to understanding how the Wobblies viewed the world. In either case, whether we are talking about London or the IWW, one thing that really stands out is this understanding that the state was about to crush any significant threat to the interests and values ​​of powerful capitalists; another is that the law was in many ways a means by which the state was prepared to accomplish this.

So it was that between 1917 and 1921, the federal government, nearly two dozen states, and dozens of municipalities all passed laws aimed at punishing the Wobblies for their radicalism and driving the IWW out of their business. At the federal level, the main provisions enacted for these purposes were sections of the infamous Espionage Act, which criminalized interference with the war effort. At the state and municipal levels, the focus was on criminal labor laws, which made it a crime to advocate or belong to an organization that advocated revolutionary change through sabotage, violence or other criminal acts.

It all worked quite similarly, making membership in the organization a seditious act that could be prosecuted and punished as a conspiracy, that is, without the police or prosecutors ever showing that the accused had actually done much more than belong to the IWW.

The prosecutions were aided in almost every case by the accusation that the IWW, which for years celebrated the concept of sabotage in its literature and iconography, engaged in a program of wanton destruction as a means of achieving their revolutionary goals. While the IWW’s view on sabotage was quite broad and its commitment to the practice mostly involved slowdowns, overly deliberate work, and similar means of “strike at work”, some Wobblies indulged in what one has called “destructive sabotage,” and the union was widely known to engage in such tactics. This made it easier to convict defendants, even though it was almost unheard of for prosecutors to allege someone on trial was guilty of such conduct – and even though there was never much evidence that the union, which in 1917 repudiated the very concept of sabotage, had sanctioned such behavior.

But outnumbering all other prosecutions, at least, were vagrancy cases. It was not uncommon for misguided workers to be prosecuted for vagrancy these days – something a London youngster famously found out – or for vagrancy charges to be brought against union or strike organizers.

As London also discovered, there was virtually no defense to the charges. With the Wobblies, those chases reached epic proportions. Countless thousands of trade unionists have been accused of vagrancy – probably tens of thousands, in fact many of them on several occasions, and usually when trying to organize or resist for better wages or working conditions work.

Penalties for vagrancy were not particularly severe, but jail was typical, and the cumulative effect of so many cases was simply overwhelming. In the end, these prosecutions probably did as much to criminalize the IWW and undermine their efforts as the Espionage Act and Criminal Unionism cases.

The extraordinary resilience of the Wobblies was rooted in their remarkable dedication to what their union was trying to accomplish.