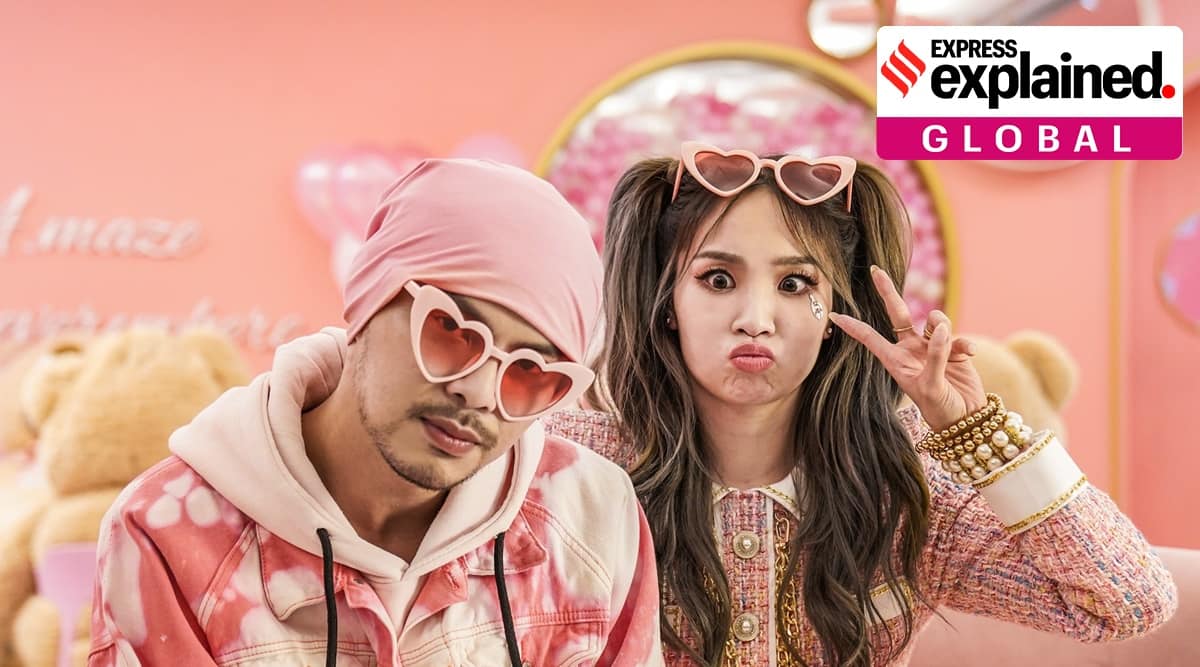 With over 33 million views on YouTube, Malaysian rapper Namewee and Australian singer Kimberly Chen’s song â€œFragileâ€ has made waves among fans of mandopop or mandarin pop. However, China was not impressed. The song was taken off Chinese streaming platforms and the creators’ accounts were blocked on the country’s social media platform, Weibo.

Global Times, a state newspaper, called the song “insulting” and “malicious”, published to “the displeasure of Chinese internet users.”

Why is Fragile considered â€œinsultingâ€ to China?

At first, the song seems like a sweet melody, with a video showing pink sets and a dancing panda, starring Namewee and Kimberly.

It starts with a warning: â€œPlease be careful if you are a fragile rose. The song contains multiple mentions of “roses” and their “fragile self-esteem.” He ridicules the Chinese Internet warriors even more with the words, “You tell me NMSL when you get mad.” NMSL is an acronym for the offensive Internet slang, “ni ma si le,” which translates to “I hope your mother dies,” and has been at the heart of an online memes war between the Chinese and the Thai last year.

The song also uses the term “Pooh,” a reference to Winnie the Pooh, a Disney character often used by Internet users to troll Chinese President Xi Jinping. In fact, in 2017, China banned the character, and in 2018, it reportedly banned the movie “Christopher Robin” in an attempt to censor online posts comparing the character to the leader of the Communist Party.

The clip then shows the panda making ‘bat soup’ and serving a stuffed bat on a plate to the duo – a veiled reference to rumors that the coronavirus pandemic was from Chinese bat-eaters. â€œDesire dogs, cats, bats and civetsâ€¦â€ one of the lyrics reads.

References to the violation of human rights

â€œIt is illegal to violate the firewall. We will miss you if the cub finds out, â€the song says. The “Great Firewall of China” is a popular currency referring to a series of laws enforced in China to regulate the use of the Internet by its citizens – from blocking Google and social media platforms like Facebook and Twitter to repression of popular programs, songs and films.

â€œFragileâ€ also refers to the violation of human rights of ethnic minorities in China. â€œCarry cotton and collect your favorite honey,â€ one of the lyrics reads, referring to the forced labor camps in Xinjiang – which are said to provide 20% of the world’s cotton – where Uyghurs are forced to pick cotton. Several media houses in the past, including the BBC and The Guardian, have reported on these detention camps which exploit ethnic minorities. The Chinese government, however, has denied the charges calling the camps to vocational schools as part of its “poverty reduction program,” according to a BBC report.

In addition, Namewee in one of the frames, juggles an apple in his hands and sings: “Swallow the apple, cut the pineapple.” The Apple is seen as a veiled reference to the crackdown by Hong Kong’s pro-democracy newspaper Apple Daily earlier this year. While pineapple refers to the Taiwan pineapple country ban, alleging that there was a risk of “pest creatures” that could threaten its own agriculture. The ban on China was seen as a hostile measure that could threaten Taiwan’s economy, amid its insistence on including the country in its own territory as “Chinese Taipei.”

How did the singers react to the ban from China?

â€œThere are a lot of races in Malaysia and I am categorized as Chinese. So when people say you insult the Chinese, I say – are you saying I’m insulting myself? It is unfair to say that “Chinese” can only refer to the Chinese Communist Party or the Chinese state, “Namewee, real name Wee Meng Chee, told the BBC in an interview.

â€œIf some are offended, it means they are the people depicted in my song. The ban is now part of my creative work, â€he adds.

The singer has often courted controversy because of his work. He was arrested in 2018 in Malaysia for his song “Like A Dog” for obscenity and alleged insult to the country’s culture. In 2016, he was arrested for his music video, “Oh my God!” for allegedly insulting Islam.

Meanwhile, Kimberly took to Instagram to poke fun at China by banning it from Weibo. She sang a parody of the song “Fragile”, which translates to “I’m sorry I hurt you.” You can remove Weibo. Oh, I hear a sound. The fragile self-esteem has shattered into pieces. It’s okay, I still have IG and (Facebook), â€according to news.com.au from Australia.

A look at China’s entertainment crackdown

This is not the first time that a song has annoyed the Chinese authorities. In August, the country announced that it would blacklist karaoke songs that endanger national unity, insult religious policies or encourage illegal activities such as gambling or drugs.

In fact, in 2015, as part of a similar crackdown on songs, China banned 120 â€œimmoralâ€ songs. According to The Guardian, these included “I love Taiwanese girls”, which included a line that read, “I don’t like Chinese women, I like Taiwanese girls.” Other songs include “Fart”, “Shaking Your Head for Fun”, “Beijing Hooligans” and “Don’t Want to Go to School”.

Even international pop stars like Lady Gaga, Beyonce and Justin Beiber have not been spared by China’s long list of bans. In 2011, the BBC reported that China had banned six Lady Gaga tracks: “The Edge of Glory”, “Hair”, “Marry the Night”, “Americano”, “Judas” and “Bloody Mary”. Beyonce’s “Run the World (Girls)”, Katy Perry’s “Last Friday Night” and the Backstreet Boys’ “I Want It That Way” were also banned. Beiber and Perry were banned from performing in China in 2017. Beiber was reportedly banned for her “bad behavior,” according to a BBC report, while Perry was banned following her appearance at an event in Taiwan in a “flowered sun dress” – a symbol associated with anti-Chinese protests.

Reviews | The era of the creative minority