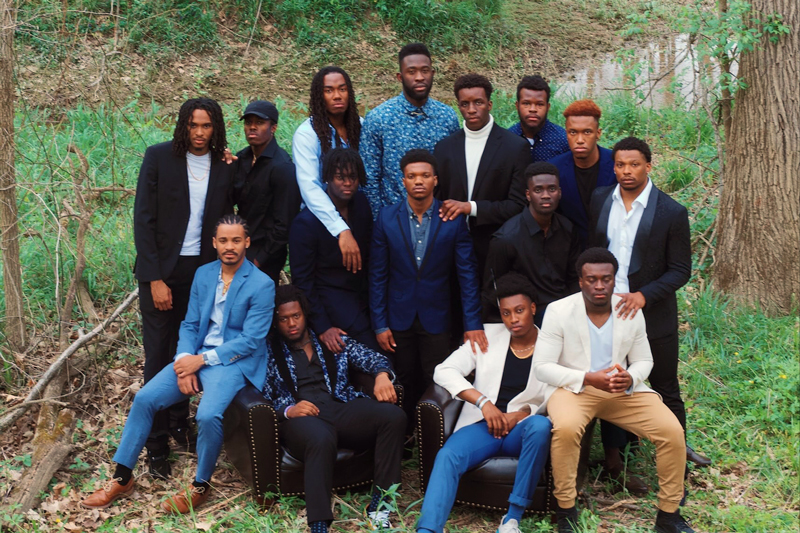 At Taylor, the focus on liberal arts and the integration of faith and learning extends to campus life as a whole. the Office of Intercultural Programs (OIP) strives to integrate minority students into campus culture and to invite the greater campus community to share in the cultures that Taylor students represent. Students are invited and encouraged to seek out opportunities to connect with each other and take opportunities to learn outside of the classroom.

Film and media production Major Marissa Williams ’23 has partnered with OIP as she is recognized on campus for her unique Instagram photo shoots, which often highlight different groups of people around Taylor.

While at home in the spring of 2020, Williams asked her sister to do a photoshoot with her after she was inspired by several online trends and was looking for something new to do. She loved being behind the camera and was interested in pursuing more creative photo shoots once she returned to Taylor in the fall.

Williams’ first full photo shoot was inspired by a dream she had where she saw a monochromatic orange photo shoot. After she finished that shoot and saw her vision come to life, she continued to theme her photoshoots around a certain color or group of people. Some of his work has featured redheads, student entrepreneurs, and international students in their traditional cultural attire.

Since doing several photoshoots with Taylor students, Williams and her work have become well known on campus as she continues to engage with the student body and develop her personal style of photography and posing. . Every time she posts a new set of photos, Taylor’s student Instagram feeds are flooded with fellow students sharing Williams’ work. (Am here @marissajw27.)

Even as her work continues to gain momentum, Williams maintains that all she does is the Lord working through her.

“It’s fun that the photos have such an impact because they are truly prayerful,” Williams said. “It’s fun to see the Lord working through them, especially to encourage people who wouldn’t necessarily choose to be in a photoshoot.”

In search of intercultural engagement and diversity

Williams is committed to international engagement and diversity at Taylor. In addition to her photo shoots on Instagram, she puts her talents as a photographer at the service of event photography for the Office of Intercultural Programs and with Reverend Greg Dysonvice president for cross-cultural leadership and church relations.

Williams was first connected to OIP in January 2021, when Dyson hosted a prayer meeting for students after the January 6 events in Washington, DC. She asked if she could be part of the OIP team, which seeks to engage the Taylor campus in cross-cultural events and conversations.

“I was quarantined with Covid immediately after that, so we had Zoom calls, but I joined the team,” she said.

In addition to working directly with Dyson, Williams photographs OIP events and helps create advertisements for other OIP programs. One of them biggest projects used his photo shoot with international students in traditional dress to create posters for Mosaic NightTaylor’s annual international performance.

Pursue a career in documentary filmmaking

Students in the Film & Media program can prepare for the entertainment industry, fiction filmmaking, documentary filmmaking, video production for corporate clients, and nonprofit filmmaking / missions. As Williams contemplates her life after graduation, she hopes to pursue documentary filmmaking. Even in this, she blends her field of study with her heart for cross-cultural awareness.

“I wish I could tell missionary stories in documentaries,” Williams said. “I want to be able to help them fundraise and explain to them what’s going on and testify of what the Lord has done.”

All photos courtesy of Marissa Williams.

Underworld Capitalist – the first video game in the Crypto-Nights ecosystem

Column: The South Korean presidential election is a triumph for democracy | Opinion