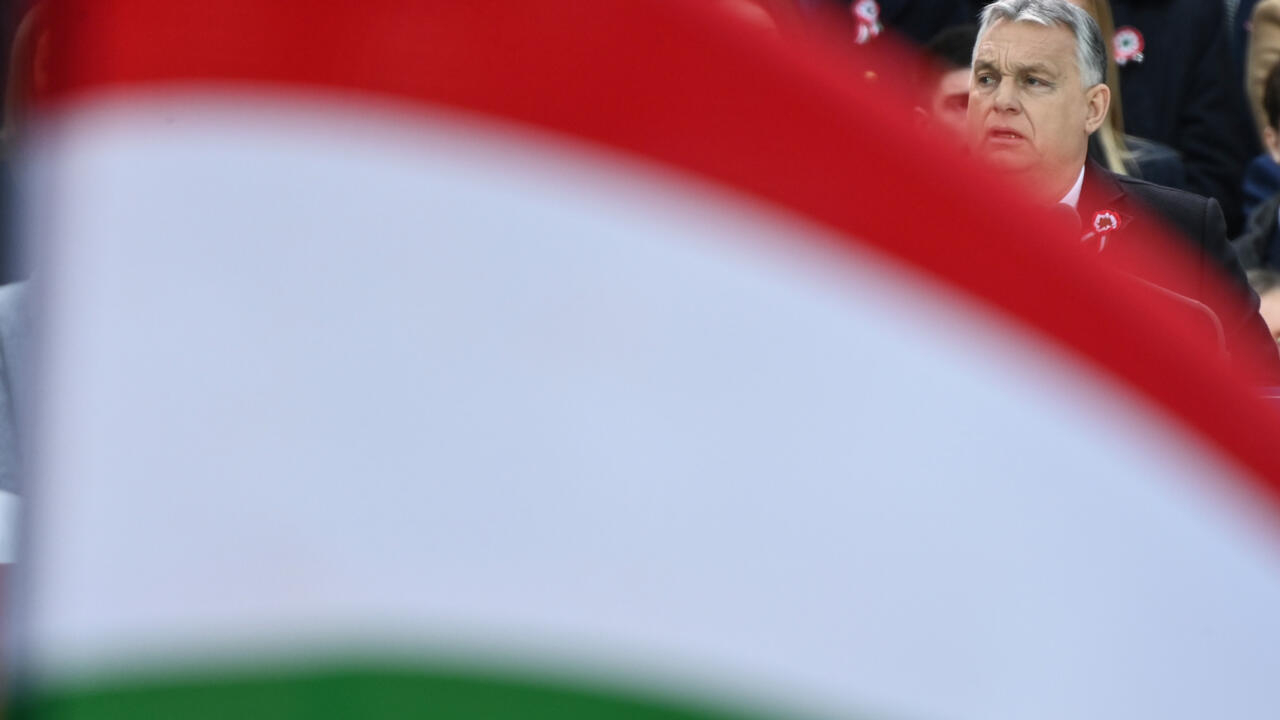 Budapest (AFP) – Hungarian Prime Minister Viktor Orban describes his 12 years in power as a “conservative revolution”, transforming his country into an “illiberal democracy“.

His detractors, many of them in Brussels, accuse the nationalist strongman of neutralizing all opposition.

Hungary is now the only country in the European Union considered merely “partly free” by the American think tank Freedom House.

To illustrate the changes that Orban hopes to set in stone by winning a fourth consecutive term on April 3, AFP approached major figures in the Hungarian justice system as well as in the economic, media and religious world.

Four who found themselves on the wrong side of Orban’s revolution have agreed to speak.

But among the laureates, neither Orban himself nor several of his ministers responded to repeated interview requests.

Zsolt Andras Varga, who was named head of Hungary’s Supreme Court despite criticism that he had no relevant experience, agreed to speak, but only after the election.

Only one of the six personalities we approached and whose stars we raised under Orban would be interviewed, an MEP from his Fidesz party.

He rejected Brussels’ claims of an authoritarian slide, saying Hungary was simply trying to regain “its sovereignty”.

Viktor Orban returned to power in 2010 with a large majority after changing the liberal position of Fidesz in the early post-communist years to a nationalist conservative position.

Buoyed by this emphatic victory, Orban – who previously served as prime minister between 1998 and 2002 – turned to the judiciary.

“This is the first obstacle to absolute power,” said Andras Baka, the former head of the Supreme Court, known in Hungary as “the judge who said no” to Orban.

“They made me leave because I criticized reforms that were incompatible with European law,” said Baka, 69.

“It was clearly a political decision,” he told AFP.

Baka was suddenly sacked in 2012 after claiming that lowering the retirement age for judges from 70 to 62 was in fact a disguised purge.

Nevertheless, Orban did not back down.

Gabor Ivanyi, a well-respected 70-year-old Methodist pastor, was once part of Orban’s inner circle. He officiated at Orban’s wedding and baptized his first two children.

Known for his decades of activism against the former communist regime, he fell out of favor when he refused to support Orban politically.

His strong condemnation of “the government’s indifference to the poor…was apparently not appreciated”, he said.

The Fidesz government has been criticized for its treatment of the Roma minority and its crackdown on the homeless.

Then a 2011 law on religious institutions reduced the number of recognized communities from some 300 to just 14.

Ivanyi was not one of the chosen few.

The law was “tailor-made” to financially strangle his church, he claimed, and ended up costing him his health.

Deprived of public funds, Ivanyi is reduced to dodging bailiffs to keep his homeless shelter open.

At the end of February, its offices were raided by the tax authorities for alleged fraud.

As churches across Hungary are being renovated as part of Orban’s drive to “re-Christianize” the country, Ivanyi says “every month I don’t know if I can pay my 10 employees”.

The journalist expelled from the airwaves

In 2013, Orban made headlines when he attacked Western media for vilifying his dream of a new conservative Hungary as “Orbanistan”.

“In the media, everyone is liberal,” he said.

“If you don’t want to depend on how they describe you, then build your own structures,” he said.

Since then, more and more independent Hungarian media have closed or been taken over by people close to Orban, according to the press freedom watchdog Reporters Without Borders (RSF).

“Can we even talk about media (in the plural) when 500 of them say the same thing, word for word?” said Andras Arato, director of Klubradio, whose radio frequency was withdrawn last year by Hungarian media regulator NMHH.

They said the station broke administrative rules, but Arato believes it was revenge for Klubradio’s often critical tone.

Forced to become an online-only operation, it lost 90% of its advertising.

“We can count our advertisers on the fingers of one hand,” said Arato, 68.

“If you advertise with us, you can expect a nice tax audit and you won’t get any more public contracts,” he said.

The station is still on the air thanks to biannual fundraisers and the generosity of its listeners, but Arato worries about its future.

Hungary occupied 25th place in the world press freedom index compiled by RSF in 2009. Since then, it has slipped to 92nd place behind Kyrgyzstan and Haiti.

Billionaire Laszlo Bige – Hungary’s “fertilizer king” – believes he is being targeted by prosecutors “under orders” from Orban’s government.

“Police occupied one of our factories” three years ago saying it was causing pollution. Deliveries across the world have been halted, he said.

“There have still been no charges.”

Last year his company Nitrogenmuvek was fined, along with seven others, for allegedly running a cartel.

Bige denies any wrongdoing. He claimed the moves were part of a campaign to sell him to a government-linked oligarch.

In its latest report on the rule of law in Hungary, the European Commission denounced endemic “clientelism”, “favouritism” and “nepotism” in “the links between the private sector and political circles” in Hungary.

“Everyone lined up, I don’t know anyone who would dare to say two honest sentences now,” Bige said.

“Then they should suffer the consequences,” he added.

He refuses to back down, saying he wants nothing to do with “the mafia that runs Hungary”.

As for the vitriolic articles which regularly appear about him in the Hungarian press, he affirms that “they are written in advance and sent to the editorial offices.

“They gave the green light to target me, they are destroying people’s lives,” he sighs.

“After 12 years of government with a solid majority and an unwavering will for reform, the fact that there has been a turnover of elites makes perfect sense,” he said.

A member of the party since the age of 18, Hidveghi quickly rose through the ranks after 2010, becoming deputy state secretary and director of party communications before being elected to the European Parliament.

A 52-year-old father of four, Hidveghi comes from a long line of politicians and is grateful to Orban for turning the page on Hungary’s communist past.

After the 1956 uprising was crushed by the Soviet Union, Hidveghi’s father was imprisoned for a year.

“Everything had to be rebuilt, especially conservative thought” after the fall of communism. The bourgeois Catholic intelligentsia was dispossessed or driven into exile and again marginalized by liberals in the post-1989 transition from communism, he argued.

Hungary was forced “to run after everything the West did”, Hidveghi said.

But Orban has restored the country’s independence, he insisted, freeing it from European tutelage and “speaking directly” to Russia and China.

“The quest for sovereignty is a keystone of our policy and that explains why we are so misunderstood” abroad, argued the MEP.

As for the complaints of Orban’s detractors, they are only “the frustrations of the opposition, which is the big loser”.