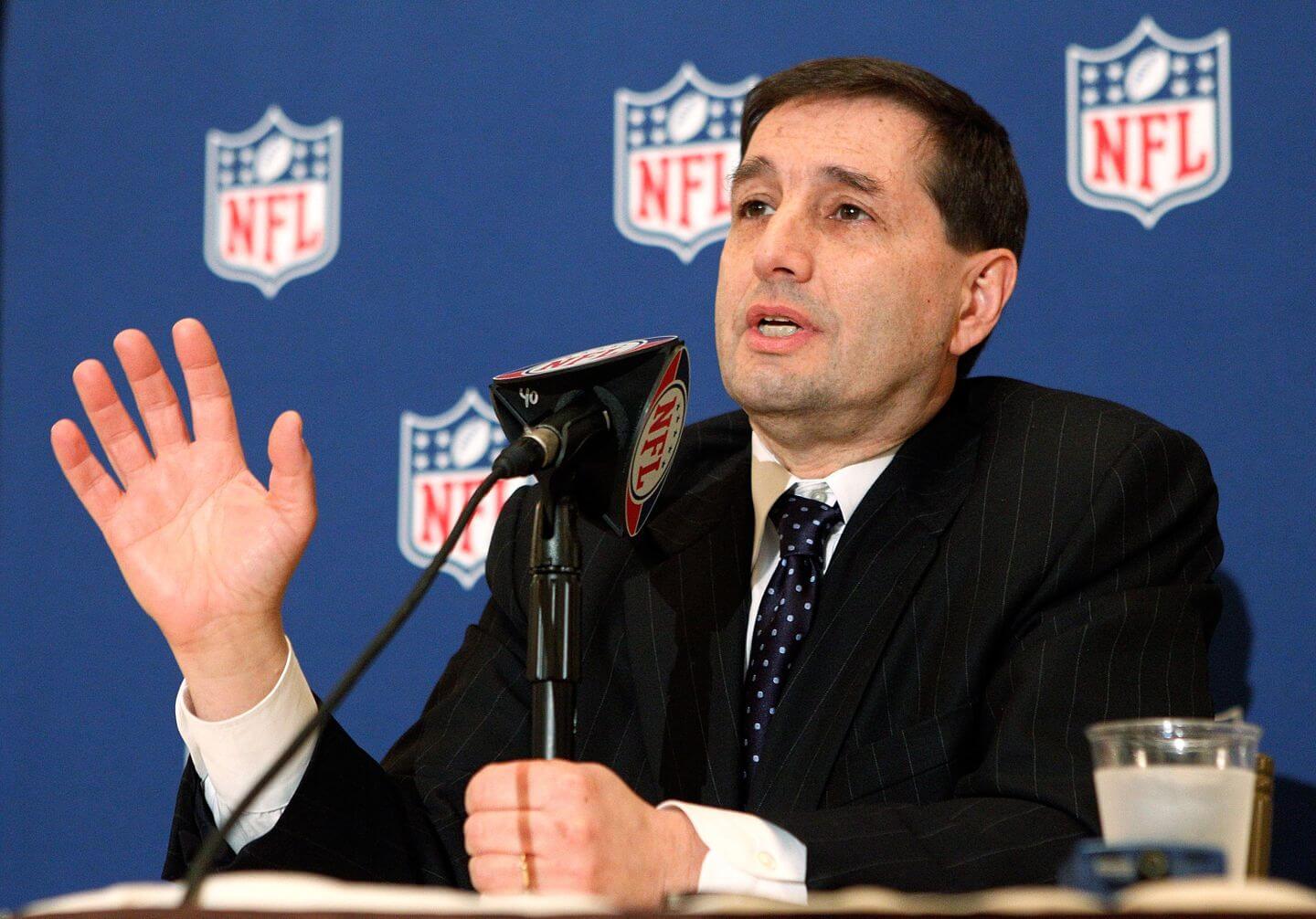 Emails between Jeff Pash, longtime NFL general counsel, and former Washington football president Bruce Allen have come to light in the league’s investigation into the franchise, according to several reports.

In the emails, Pash and Allen discussed a wide range of topics, including politics, the Washington cheerleader scandal, diversity and inclusion, and the franchise’s controversial old nickname, according to reports.

In an email exchange in 2016, after Jocelyn Moore, a black woman, was hired as the new president of public policy and government affairs for the NFL, Allan reportedly wrote to Pash 😕

“No,” Pash replied, according to the New York Times and The Wall Street Journal, “but it can look like this sometimes!”

â€œCommunication between league office workers and club officers takes place on a daily basis,â€ NFL executive vice president of communications Jeff Miller said Thursday in a statement to the New York Times and The Wall Street Journal. “Jeff Pash is a respected, high profile NFL executive. Any effort to portray these emails as inappropriate is either misleading or blatantly bogus.”

In another exchange, Pash emailed Allen asking him to speak. “Please give me a few minutes – I’m trying to lower a player’s salary right now,” Allen replied, according to the Washington Post.

The NFL reviewed 650,000 emails as part of its investigation into WFT and widespread sexual harassment and abuse within the organization. Washington hired lawyer Beth Wilkinson in the summer of 2020 following a Washington Post report that included 15 former staff on the team detailing their accounts of sexual harassment within the organization. The NFL then resumed the investigation and did not release a report on its findings.

The investigation returned to national prominence when it was revealed that former Raiders coach Jon Gruden had used racist, homophobic and sexist language in emails for several years while working as analyst on ESPN’s Monday Night Football. The emails – which were sent over a seven-year span to Allen – were discovered during the NFL investigation.

Gruden resigned as head coach of the Raiders on Monday following reports on his emails.

Washington fired Allen in December 2019 after the team’s 3-13 season.

Spend now and give later