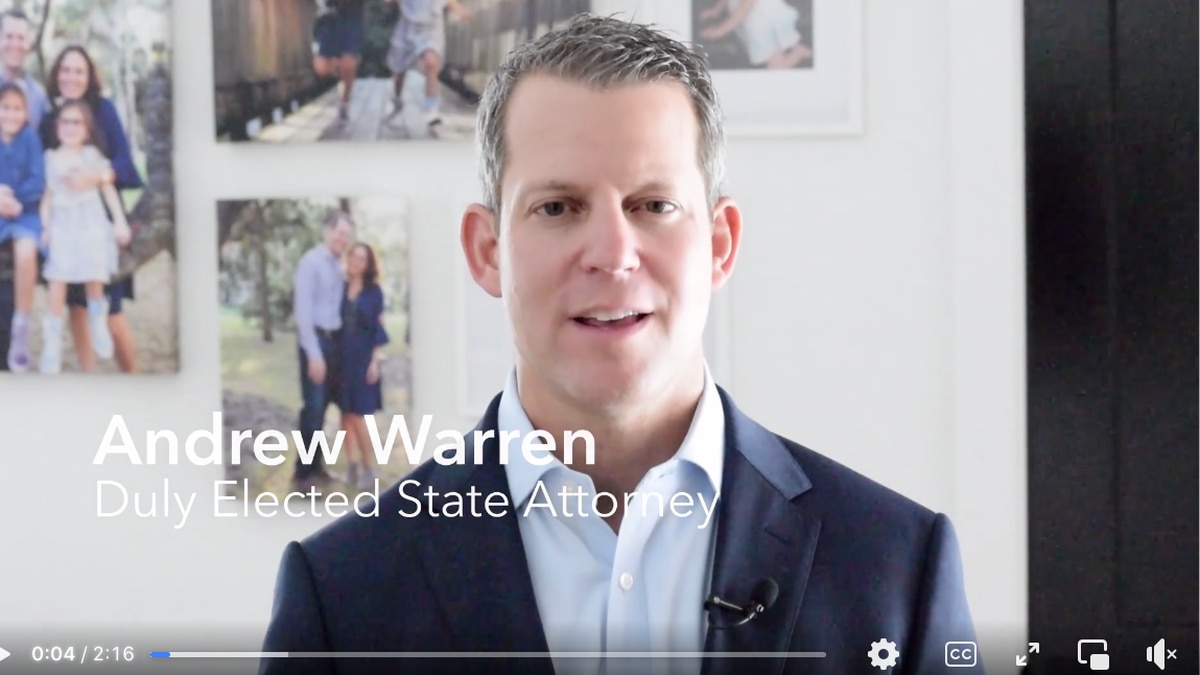 Three days after a heavy blow from the governor, Hillsborough County State’s Attorney Andrew Warren issued his most defiant message yet: “I’m not going to go down without a fight.

In a two-minute video released Sunday morning, Warren made it clear he would challenge Gov. Ron DeSantis’ decision to remove him from office.

“He came to Tampa — Hillsborough County — to illegally take me out as part of a political circus,” Warren said in the video.

The twice-elected Warren has frequently spoken out against DeSantis. He has pledged not to pursue certain criminal cases involving transgender minors and abortion – cases that have yet to materialize. DeSantis announced at a press conference Thursday that he was removing Warren because such promises showed the prosecutor wanted to “publicly put himself above the law.”

An armed sheriff’s deputy walked Warren out of his office Thursday before he could read the governor’s order.

“I was blindsided by this plot to unlawfully remove me from office,” Warren told the Tampa Bay Times on Sunday.

“It doesn’t matter if you’re Republican, Democrat or Libertarian, everyone should be outraged. This is how our democracy is crumbling. Why even have an election if the governor only chooses who he wants to put in power? This is what Russia is doing. This is what China is doing. It’s not America.

There was no immediate response Sunday from DeSantis’ office.

Warren’s next course of action isn’t entirely clear. He said he was assembling a legal team and releasing more information in about a week. He also raises funds through Safer Stronger Florida, a political action committee established before his re-election campaign.

“The feedback has been overwhelmingly supportive, and from across the country,” Warren said. “People know this is a dangerous abuse of power that scares everyone who cherishes democracy… We will fight back and fight back hard with a thorough defense of democracy that eviscerates the governor’s absurd order.”