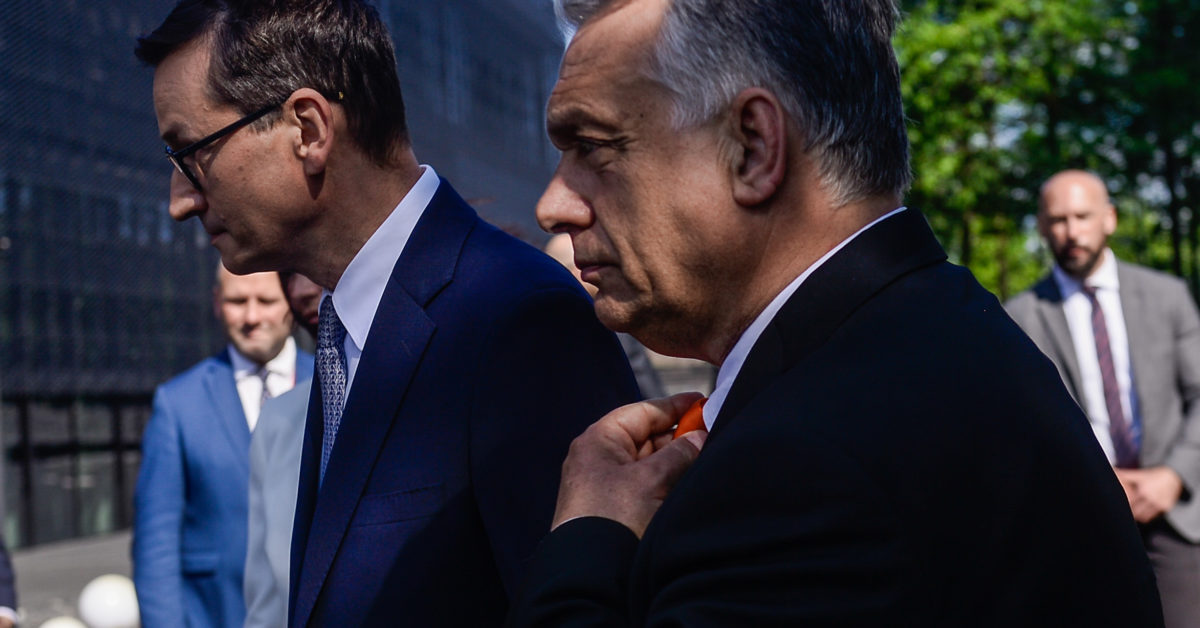 Is the EU rule of law report still relevant? – POLITICS

Press play to listen to this article

The European Commission will unveil a rule of law report on Tuesday aimed at identifying and preventing democratic setback – just as the EU is surrounded by reminders that it has not been able to stop the setback with such setbacks. efforts.

Hungary’s anti-LGBTQ + law has left EU leaders wondering if the country should even be part of the EU. A Polish court has suggested the country can simply ignore certain orders from EU courts, which are said to reign supreme. And desperate journalists in Slovenia are trying to alert the general public to government pressure on public media.

When Ursula von der Leyen declared her support for the annual rule of law reports ahead of the start of her term as Commission President in 2019, she pledged it would serve as an early warning system for such problems. The EU could then extinguish these nascent sparks with “targeted support”.

But when the second edition of the report comes out on Tuesday, it will describe several situations that are already well known and well out of date. And he will not come up with any concrete plan for these situations – no recommendations, no sanctions.

Essentially, argue democracy advocates, the EU is handing out ballots with no repercussions for those everyone knows will fail.

“He did not achieve, I think, what he was supposed to achieve, especially with regard to those who deliberately destroy the rule of law,” said Laurent Pech, specialist in European law at Middlesex University. . “I’m afraid Edition # 2 suffers from the same flaw.”

It’s a disconnect that is part of a larger crisis for the EU. While some national governments increasingly flout basic membership rules according to the EU and many of its countries, leaders of the bloc have struggled to find tools or sanctions that effectively curb these rebel members. The procedure under Article 7 TEU has stalled. Threats to withhold EU funds from countries have yet to come to fruition. Legal infringement proceedings concerning the countries’ most controversial laws are frequently launched, but have done little to resolve systemic problems in Poland and Hungary.

EU officials note that the report was never intended as a roadmap for resolving the democratic setback. And they argue that this effort has helped Europe discuss these issues more openly – a process that could help alleviate future rule of law problems. It could even have helped to improve the rule of law situation in Malta and Slovakia.

“The main objective of the report is not to somehow solve the problems we have with Hungary and Poland,” said a senior Commission official. “It really makes it much easier to debate each other’s systems in a much broader sense, because who knows who will challenge the partners in the future. ”

The rule of law report is one of many new tools the EU has created in recent years to address concerns that the bloc is not controlling the democratic retreat within its own ranks.

But since its first draft, the report has received criticism from experts who say it lacks consequences and suffers from analytical weaknesses.

In hundreds of pages covering judicial independence, media freedoms, anti-corruption measures and basic government checks and balances, the Commission last year offered comprehensive descriptions of the rule of law situation in each member country. But he avoided notes, rankings or clear suggestions.

The report, Pech said, “doesn’t come with legal sanctions, deadlines, recommendations, nothing concrete.” As a result, he argued, it lacks impact in countries like Poland and Hungary.

Attaching recommendations, said Zselyke Csaky, research director for Europe and Eurasia at the Freedom House think tank, would mean “you know what the next steps are.”

Another complaint was that the Commission’s report did not distinguish between minor irritants and major problems. Pech lamented that the current format mixes up “small, medium and large rule of law violations, some of them genuinely deliberate, others just not deliberate.”

The European Parliament echoed this point in a resolution approved last month.

MEPs praised the Commission’s efforts but said that “presenting violations of a different nature also risks trivializing the most serious violations of the rule of law”. They said “future reports should contain country specific recommendations”.

Spanish MEP Domènec Ruiz Devesa, who led Parliament’s work on the assessment of the report, insisted the process has potential.

“Of course, this is not a quick fix, we cannot place all our hopes on this annual report,” he said in an interview. “This idea the Commission had of this annual report being of a preventive nature is probably not the case – certainly not with the more complicated cases, namely Hungary and Poland.”

“But it is still a very useful tool,” added Ruiz Devesa, member of the Spanish Socialist Workers’ Party.

Yet some question the usefulness of even producing a well-written report, given the extensive rule of law research already carried out by international organizations, academics and NGOs.

“There is no shortage of information – there are many reports from many international bodies,” said R. Daniel Kelemen, EU legal and policy specialist at Rutgers University. “The creation of tools is an excuse not to use existing tools. … And I saw this report very well from that angle.

Not everyone is on the initiative. As expected, he is receiving support within the Commission. But it also has members in several European capitals.

From the Commission’s perspective, the effort dovetails well with the EU’s expanding rule of law sanctioning tools.

While the EU has long had the option of depriving members of their right to vote through the Article 7 procedure, it more recently created an additional mechanism that allows the bloc to cut member funding when rule of law issues affect the financial interests of the EU. The Commission can also initiate infringement proceedings against states relating to particular laws – a process which can lead the Commission to prosecute member countries.

“The rule of law report has always aimed to give us in a way an additional tool to be better equipped on the prevention side,” said the senior Commission official, pointing to Slovakia and Malta as countries where governments “have pushed the reform cycle forward.

After the publication of the first report, EU affairs ministers discussed various chapters. They are expected to continue this practice after the release of the second report.

Finnish Minister for European Affairs Tytti Tuppurainen said the whole process kept “the rule of law issue permanently on the table”. And by including everyone, Tuppurainen added, it “helps avoid the ‘blame and name only’ type of discussion.”

“Yet it is not enough, not enough,” said Tuppurainen. Tuppurainen wants the EU to use existing tools, such as Article 7 hearings and the EU funds holdback mechanism – and if they’re not enough, others that haven’t even been invented.

Thomas Byrne, Irish Minister for European Affairs, suggested in an interview earlier this year that ministers should discuss the report “in public”, in order to raise public awareness. But the Fianna Fáil politician acknowledged that such a process is more effective for countries that are just beginning to erode democratic standards.

“If the hindsight has shifted a bit… it’s more difficult,” he said. “But we just have to keep pushing – friendly pushing.”

Timeline: Back on 10 years of Snapchat