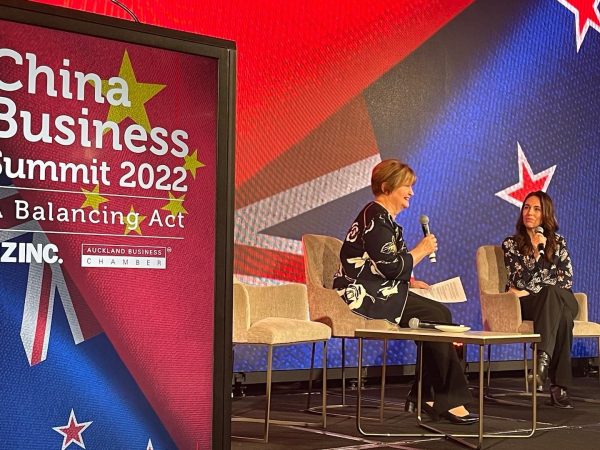 Jacinda Ardern takes a softer tone on China – The Diplomat

New Zealand Prime Minister Jacinda Ardern’s speech at the China Business Summit in Auckland on Monday was full of soothing words for Beijing.

The headline was Ardern’s comment that “a few plans are underway” for New Zealand ministers to return to China – and that the Prime Minister herself hopes to return to the country “to renew and refresh relations in nobody”.

It could happen sooner than we think. While China’s current approach to eliminating COVID-19 severely restricts in-person travel, New Zealand’s own experience shows how quickly those parameters can change. After abandoning its own zero-COVID policy, New Zealand is fully reopening this week to all visitors.

Ardern expressing his willingness to travel to China – even if it is not currently possible – is a signal in itself.

Get notified with the story of the week and develop stories to watch across Asia-Pacific.

A recurring theme during Ardern’s speech and the Q&A that followed was the importance of marking this year the 50th anniversary of diplomatic relations between Beijing and Wellington.

Calling New Zealand’s relationship with China “one of our most important”, Ardern highlighted the “long history of engagement and beneficial interactions between our governments, our peoples, our cultures and in trade “.

Indeed, throughout the speech, Ardern was gentle in his criticism of China and optimistic about the health and future of the bilateral relationship.

That doesn’t mean the rhetoric was entirely one-sided – Ardern said New Zealand would continue to “speak out” on contentious issues such as “economic coercion, human rights, Xinjiang and Hong Kong”. Kong”.

But none of this was new; Ardern has cited these same issues before in similar speeches. And in the context of an extremely positive discourse towards China, the enumeration of the thorny issues on which Beijing and Wellington disagree seemed more like a forced recitation than a serious attempt at criticism.

In the speech itself, Ardern made just one reference to Taiwan, on which she called New Zealand’s approach “consistent” – a rather soothing word she also used on several occasions. other times during the speech. But unsurprisingly, the issue of Taiwan also dominated the Q&A session afterwards, particularly regarding rumors of a potential visit there this week by US House of Representatives Speaker Nancy Pelosi.

In response, Ardern noted that “dialogue and diplomacy remain essential.” And she continued to deploy these and other China-friendly formulations — such as “de-escalation” — to avoid the more sensitive sections of the interactive session. These very tactical “d-words” also made multiple appearances in the speech itself.

Taken as a whole, therefore, Ardern’s speech seemed to strike a softer and friendlier tone toward China than one might expect given the general deterioration in bilateral relations between Wellington and Beijing this year.

Of all New Zealand’s shifts to the West this year – and there have been many – Beijing seemed the most angered by the Prime Minister’s attendance at the NATO summit in Madrid in late June and the statement warmongering joint released after Ardern met with US President Joe Biden. at the White House at the end of May.

Both actions were met with swift and harsh rebukes from China. Although Beijing has not imposed any further sanctions, there is no guarantee that New Zealand will continue to escape sanction if it continues on this bolder course.

Of course, Ardern knows how to adapt his speeches to his audience. Today’s summit would have been an opportunity to express a more pro-China stance. After all, Wang Xiaolong, China’s ambassador to New Zealand, was listening in front of the audience – and Ardern greeted him as he left the stage.

Yet today’s Prime Minister’s speech continued an attempt at a rhetorical recalibration that appeared to begin with his addresses in early July at Chatham House in London and the Lowy Institute in Sydney.

In London, Ardern defended China’s right to be involved in the Pacific and spoke of the need for diplomacy and dialogue. In Sydney, she rejected the idea of ​​a “democracy versus autocracy” contest in the aftermath of Russia’s war with Ukraine.

Ardern’s speech at the Lowy Institute also strongly emphasized the idea that New Zealand would have an “independent foreign policy” – the phrase or its variants have been deployed no less than seven times – and his speech at China Business Today’s Summit continued this theme.

Noting again that New Zealand aimed to be “coherent”, Ardern said the country had for “decades” adopted a “fiercely independent foreign policy guided by our assessment of our interests and values”.

China’s taste for this expression is not without reason. After all, the origins of “independent foreign policy” lie in the split between New Zealand and the United States in the 1980s over the denuclearization policy of the Fourth Labor government.

Wellington may have largely patched up relations with Washington since then, but New Zealand has never been fully reintegrated into the ANZUS defense alliance – a situation Beijing would no doubt like to see continue.

The theme of the China Business Summit this year is “A Balancing Act”. And certainly the softer line on China today and in recent speeches could be prompted by a realization on Ardern’s part that New Zealand had gone too far with its pro-Western foreign policy in the first semester.

The broader international situation could also pave the way for a less radical and more nuanced approach to East-West relations. In July, Wang signaled a potential thaw in tensions between China and Australia, saying “the Chinese side is ready to take the pulse, recalibrate and start again.” And Biden’s virtual meeting with Xi Jinping last week was the first direct communication between the two since March.

Of course, this more positive rhetoric must be countered on substance. And on that front, the picture looks rather bleak. After all, Xi used his phone call to tell Biden, “Those who play with fire will perish” – a reference to rumors that Pelosi will visit Taiwan this week.

Against this grim global backdrop, Ardern’s more generous approach to China will be popular with Beijing. But time will tell if it’s more than just words.

This article was originally published by the Democracy Project, which aims to improve New Zealand democracy and public life by promoting critical thinking, analysis, debate and engagement about politics and society.