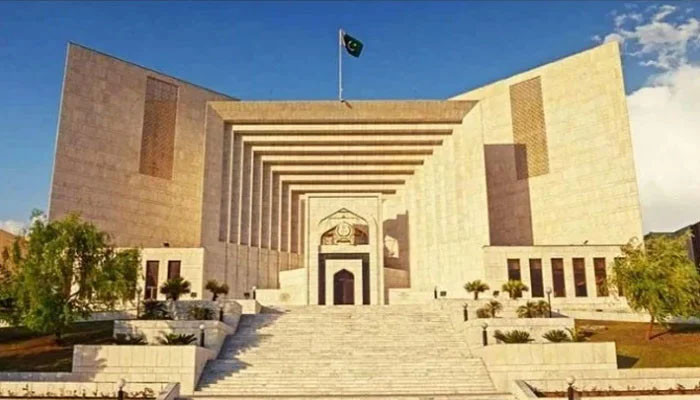 The author is a Supreme Court Advocate and former Additional Attorney General of Pakistan.

The constitution entrusts the judiciary with the onerous and sacred duty to uphold the constitution, which includes the fundamental rights enshrined therein. These rights are the security of the citizen against the arbitrariness and injustice of the State.

The appointment of judges to high courts and the Supreme Court must therefore be based on merit and on a consensus-driven process, leaving no room for criticism and complaint. The process of appointing judges has generally been kept secret and out of public view. With the advent of this information age, however, the state is forced to run its affairs in the open.

One of the advantages of democracy is that civil servants are appointed and removed through a transparent process. Since any power can be abused, the power to appoint judges is generally subject to checks and balances. For example, the President of the United States appoints and, with the advice and consent of the Senate, appoints Supreme Court justices and other senior officials. The Chief Justice of the United States Supreme Court has no role in the process. In the UK, even after the Constitutional Reforms Act 2005, the Lord Chancellor directs the Judicial Commission after consultation with the Lord Chief Justice to appoint judges to superior courts. In India, the Judiciary Committee Amendment was declared unconstitutional. Pakistan is the only country where judges appoint judges and a judicial council composed of judges has the power to dismiss judges.

In this context, a controversy arose over the latest meeting of the Judicial Commission of Pakistan. In the process, he exposed the sad state of affairs in the functioning of the upper judiciary and the JCP. Letters were written by members of the Commission. Even the audio of the JCP proceedings has been made public. These open disagreements between judges reflect the mistrust of members of the upper judiciary regarding appointments to the Supreme Court.

The judiciary is the final arbiter of all legal and political controversies, which it has deliberately but unnecessarily supported. The fallout from this unfortunate situation is that political leaders are now openly criticizing and challenging the decisions and formation of the Supreme Court benches. The courts hold neither the sword nor the purse. Their authority and respect depend on the superior wisdom reflected in their decisions, their integrity, and the dispensation of justice in accordance with law and the constitution. The evils of democracy should not be dealt with in court. The remedy is elsewhere.

Over the years, we have seen the justice system remain subject to dictatorial governments and fractured democracies. After the Lawyers Movement (2007), he ventured to reform both society and democracy. Embellished with new power, popularity and authority, judicial activism is established.

And we now find ourselves in a place where the Supreme Court and high court appointment process is seriously questioned, controversial and contested – by the judiciary itself as well as by the bar associations.

The procedure for appointing superior court judges has been changed to eliminate the flaws of the old system. The executive of the time would abuse its powers which encroach on the independence of the judiciary. This new system introduced under Section 175A by the 18th Amendment (2010) was intended to eradicate manipulation and provided two-tiered control of the nomination process. A multi-stakeholder commission with the majority coming from the judiciary would appoint the judges and a parliamentary commission would confirm them. The executive would only do ministerial work and issue notices of appointments. The move from absolute power of appointment vested in the Chief Justice(s) to the Commission has been the victim of narrow interpretation, with a reluctance to compromise on their primacy and powers. The spirit of the amendment was mutilated by a court decision.

An independent assessment of nomination data and the factors involved in nominations under the new system can lead to shocking results. A judicial office is now the most prestigious and powerful office in the country and high stakes are involved due to its emerging role in political controversies. This obviously led to differences between the judges on appointments and other issues.

After the lawyers’ movement, a number of controversial cases were taken up by the Supreme Court (between 2009 and 2013) under suo-motu jurisdiction, exposing it to strong criticism from political circles. The court, however, maintained its unity. But the 18th Amendment case (2012) led to a rift. Then there was the issue of block appointments made to High Courts and Supreme Court as a result of Sindh High Court Bar Association (2009). Some of these appointments were made taking into account additional factors that led to creating differences in policy and approach between old and new judges.

When the names of High Court Judges are now proposed for the Supreme Court, the principle of seniority intrigues many members of the Commission as it is the only basis for appointment and, of necessity, other factors are considered to find a suitable person, including integrity, competence and conduct. The debate on both sides – following the principle of seniority alone or seniority and merit – now gives us two emerging and divergent approaches. The point of view of both parties must be taken into account and the intentions must not be questioned.

The procedure for the appointment and removal of judges requires serious review and reconsideration. Not only the judiciary but other branches of government should also be considered as the real stakeholders here are the people of Pakistan.

The numerical strength of the Commission may have momentary winners, but it will definitely affect the judicial institution which must be protected and saved as it is the last guarantee of the rule of law, rights and the constitution.