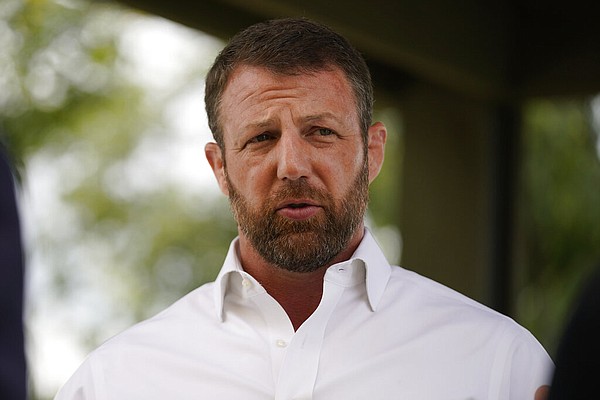 Mullin, a citizen of the Cherokee Nation, defeated former Oklahoma House speaker and banking executive TW Shannon after the two left a 13-candidate Republican primary field in June. Because Inhofe is retiring early, Mullin will serve the remaining four years of Inhofe’s term.

“Thank you for giving our family this opportunity,” Mullin, 45, said at a watch party in Tulsa, surrounded by his wife and six children. “It’s not just me you elect. It’s a family affair.”

Mullin, who topped the primary field with nearly 44% of the vote, won the endorsement of former President Donald Trump shortly after the primary.

Both Mullin and Shannon were seeking to replace Inhofe, a fixture in Republican politics in Oklahoma since the 1960s, who has held the U.S. Senate seat since being elected in 1994.

Mullin will be heavily favored in the November general election over former Democratic US Representative Kendra Horn, alongside an independent and a libertarian. Oklahoma has not elected a Democrat to the US Senate in over 30 years.

“I never knew I was special for being Cherokee until I went to Washington, DC,” Mullin told reporters during a Tuesday campaign stop in Norman, “because of where I come from, everyone is Indian or wants to be, right?”

If elected in November, Mullin will be the first Native American tribal member listed in the U.S. Senate since former Senator Ben Nighthorse Campbell left the Senate in 2005, according to U.S. Senate records.

In campaign ads and on the stump, both men touted their positions on burning issues and vowed to fight President Joe Biden’s political agenda. Shannon launched an anti-abortion ad in which he called Planned Parenthood “the real face of white supremacy,” while Mullin, in an ad featuring two of his own children and a montage of transgender college swimmer Lia Thomas , said, “Democrats can’t even tell us what a woman is.

Also on Tuesday, in the Democratic primary runoff for Oklahoma’s other U.S. Senate seat, cybersecurity expert Madison Horn defeated Jason Bollinger, an Oklahoma City attorney. Horn, who is not related to Kendra Horn, will face incumbent Republican Senator James Lankford, who will be the heavy favorite in November, along with a Republican and an Independent.

In the race for an open U.S. House seat in eastern Oklahoma, Republicans Josh Brecheen, a former state senator from Coalgate, and state Rep. Avery Frix of Muskogee are running are facing off in the GOP second round after emerging as the top two candidates on June 14. -primary candidate. The winner will face Democrat Naomi Andrews of Tulsa and Independent Ben Robinson of Muskogee in November.

Also on the ballot Tuesday were Republican primaries for several statewide offices, including state superintendent of public instruction, state treasurer, commissioner of labor and the company commissioner.