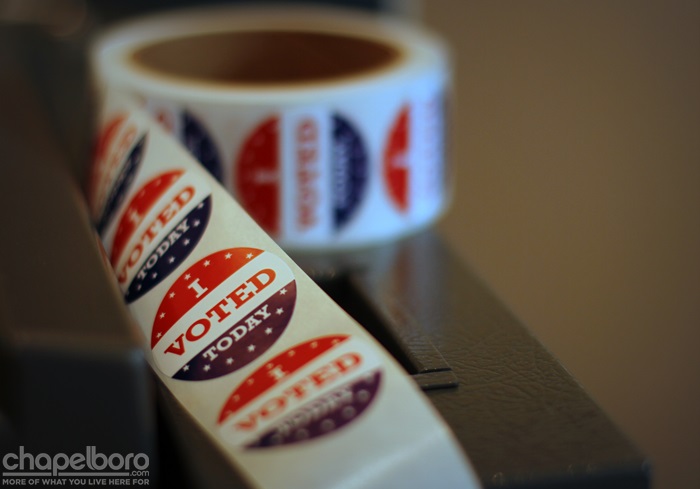 The North Carolina State Board of Elections on Thursday rejected the Green Party’s petition asking its candidates to run for November ballots, citing its ongoing fraud investigation that calls into question the validity of more of 2,000 signatures that party officials handed in to qualify.

The board of directors rejected the Green Party of North Carolina bid in a 3-2 vote to the party line, with three Democrats voting against certification and two Republicans voting in favor.

The decision will see the left-leaning Green Party miss Friday’s deadline to nominate candidates, meaning the Democratic, Republican and Libertarian parties will be the only ones with candidates for races like the US Senate, House and state legislature.

Michael Bitzer, a politics professor at Catawba College in Salisbury, said had the Green Party received certification, it could have divided progressive voters and paved the way for GOP victories in close races, including the race for the Hotly contested Senate between Democrat Cheri Beasley and Republican. U.S. Representative Ted Budd.

“The Green Party is the most progressive and liberal side of North Carolina politics,” Bitzer said this week. “Democrats could see real concern that the Green Party is spoiling the efforts of Beasley and possibly other candidates.”

Earlier this year, Green Party representatives submitted over 22,000 signatures to the council. County Boards of Elections validated just under 16,000 of those signatures, apparently catapulting them above the 13,865 signature threshold set by state law.

But several county councils in May alerted the state board to the irregularities, said board of elections executive director Karen Brinson Bell, and the number of disputed signatures was enough to cast doubt on the outcome. She cited examples on submitted petition lists of similar handwriting, incomplete personal information, including partial birthdates, and duplicate voters.

“We feel like there’s a cloud over the number of valid signatures,” Bell said at Thursday’s board meeting. “There’s just a lot of concern around what we find, and the number of possible irregularities and fraud that have already been identified in the signature pages we’ve received.”

The council said the investigation also identified 145 signatories who sought to revoke their signatures, three people who claimed not to have signed the petition and several signatures of deceased voters.

“What this seems to us to indicate is a signature sheet submission from when the Green Party started a petition prior to 2018,” Bell said.

Katelyn Love, the council’s legal adviser, said the investigation could warrant criminal charges for those found guilty of signing someone else’s name.

Republican board members Tommy Tucker and Stacy “Four” Eggers pushed the board to vote Thursday, despite Chairman Damon Circosta’s recommendation to delay the review and allow more time for the investigation.

Ahead of Thursday’s meeting, the Democratic Senate Campaign Committee acknowledged contacting Green Party petition signatories to ask them to withdraw their signatures. The DSCC is working to get Beasley and the party’s other Democratic Senate nominees elected nationwide in November.

“We are reaching out to voters to make sure they have not been deceived,” said DSCC spokeswoman Amanda Sherman Baity.

Other outside organizations, including Elias Law Group, an influential Democratic-aligned law firm that serves as the DSCC’s general counsel, have submitted letters alerting the board to certain discrepancies included in the investigation.

Oliver Hall, a Green Party lawyer, accused the board of bowing to political opponents of the Green Party, calling the decision an undemocratic effort to suppress voter choice.

“Council selectively relies on evidence submitted by partisan operatives acting for their own political advantage and disregards facts on record because they acknowledge them,” Hall said in an interview after the meeting.

The campaign of Matthew Hoh, who was considered the Green Party’s nominee for the U.S. Senate, wrote in an email that it “will pursue and explore all options for its rightful place on the ballot.”