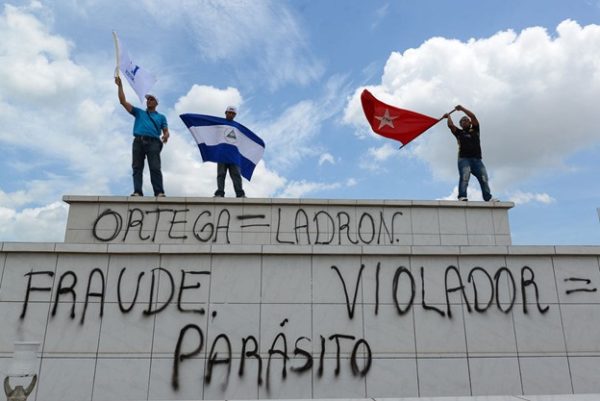 So far, none of those involved in the fiasco has publicly taken responsibility for their mistakes, arrogant poses, or excesses of exclusion.

HAVANA TIMES – Now that the election parody that no one wanted has played out, it’s time to ask if anyone in the opposition groups has thought of engaging in even slight self-criticism. There have been so many times in the past few months that voices have sounded alarm bells about what could happen, given the stubborn divisions within the opposition forces. Warnings have come in all shapes and sizes, from all walks of life and with all possible emotional tones – all pleading for unity.

However, the reactions were all the same: attacks worthy of Cain; sectarian discrediting; and the capricious and unfounded proclamations of majority representation. More than a month has passed since the fraud, and almost all of the opposition leaders are in prison, in exile or in hiding. Maybe it’s time to ask: Did the people who fomented so much intolerance and political cannibalism stop at a point to think about what they triggered? And if not, when do they intend to do it?

They might start by wondering if, in light of what has happened, they still believe that the main contradiction to be resolved is between dictatorship and democracy. If, in the end, the evidence – namely the brutal witch hunt that the dictatorship unleashed from last May – made them understand that these warnings about what might happen if they continued their internal battles were not simple alarm bells. Perhaps they now understand that the enemy has always been a well-organized tyranny, and not the group next door, suspected of being leftists or free market sympathizers.

I am speaking of those who continued until the last minute to demand â€œsubmission to my brandâ€ on behalf of the unit; groups that discredited anyone they considered not pure enough to enter the realm of their allotted voting space. Maybe now, 170 political prisoners and thousands of exiles later, they admit they were wrong. Perhaps they recognize that their myopic and sectarian positions have contributed to aggravate the tragedy in our country.

It is time to recognize that the swarm of groups that emerged from the April 2018 social explosion squandered the political and social capital they have acquired. Instead of focusing on the essential, they got drunk on trivial procedures that only served to lock up their tiny fiefdoms. They spent weeks and months adjusting the rules and mechanisms with which they believed they could fix the deepest underlying problems: political mistrust and the very bad – if not zero – strategic perspective.

It must be admitted: the formulation ended up strangling the movement. This old debate between format constraints and movement dynamics ended in favor of the former. As soon as the electoral clock started ticking, with the lists of candidates on the menu, the co-optation of the spearheads of the party’s mobilizations worsened. The last straw was the statement by the owner of a small party that an organization without legal status did not exist. Ironically, months later this party leader would fall victim to his own mistake. [when her own party was stripped of legal status].

Political activists have also contributed to this frustration. In their role as media commentators, they had no qualms about filtering the internal communications of opposition blocs, or poisoning the waters around converging movements. In passing, they simplified the work of the dictatorship of making all the opposition groups forget.

This account would be incomplete without including the maneuvers of big business. This group has worked to foment a far-right sectarian alternative and to sabotage any kind of anti-dictatorial consensus that might include groups suspected of being left-wing or progressive. True to their essence of maintaining de facto power, large corporations were further influenced by nostalgia for pre-2018 collusion. dialogue and consensus than by demands for political change from broad sectors of society.

The imprisonment of the former COSEP president [association of medium and large business owners] and the director of the country’s largest bank were not enough to push them to form the necessary common front before the elections. In a demonstration of rational choice, the lords and ladies with illustrious names held up two lighted candles: one for past vows (their political party project) and one for future vows (a resumption of dialogue with Ortega after January 10) .

On the other hand, the dictatorship was more cohesive and made no mistakes. The repression launched at the end of May demonstrated that – despite or thanks to the internal struggles of the opposition groups – the Ortega forces did not differentiate between each other – they imprisoned them all. Leftists, centrists or the right were all the same for them. It didn’t matter if you were a banker, a farmer or a teacher; a woman or a man; longtime ally, supporter or adversary; old or young. The only saved were those who posed no danger because of external “links” to politics, and those so irrelevant as to inspire no uncertainty.

Prison and exile ended up putting everyone on the same level, everyone who put their differences first and were unable to impose common strategic goals with which they surely would have agreed.

Logic would have us believe that the great worsening of the contradictions with the dictatorship that has been played out over the past six months would lead to new attempts to form solidarity groups. But there are few signs of hope. Evidence of this lack of unity can be found in the separate statements released on December 1.st: one by the former political party Citizens for Liberty (CxL); and one from the Blue and White National Unit (UNAB), both demanding the release of political prisoners.

Not only did they fail to agree on a joint statement, but in addition, the CxL first demanded the release of their board of directors, with their full names. This demonstrates the persistence of petty sectarian attitudes, implying that if election conditions were to occur again, they would repeat the same fights over candidatures and polling spaces that we saw between 2020 and 2021.

The same misunderstandings would be repeated, among other reasons, as no one took responsibility for the past disastrous failure. To date, none of the people who led the fiasco have publicly admitted their mistakes, or retracted their arrogant poses or outbursts of exclusion. As long as they continue not to do so, they can no longer be participants or facilitators of new processes of understanding. Those who have not developed a broad mind as the fruit of lessons learned from such a traumatic experience should step aside.

Without serious self-criticism, in which participants recognize their share of responsibility for the failure of efforts to form a united front in 2021, it will be extremely difficult to overcome the zero-sum logic in which many of the main opposition figures have enveloped themselves. It’s not about erasing the board and starting over, but rather making the most of the good and bad experiences that are still fresh. It’s about understanding something as simple as the fact that no one can win separately, unless we all win.

‘My life is bizarre’: the court artist who drew Ghislaine Maxwell brings her back | Life and style