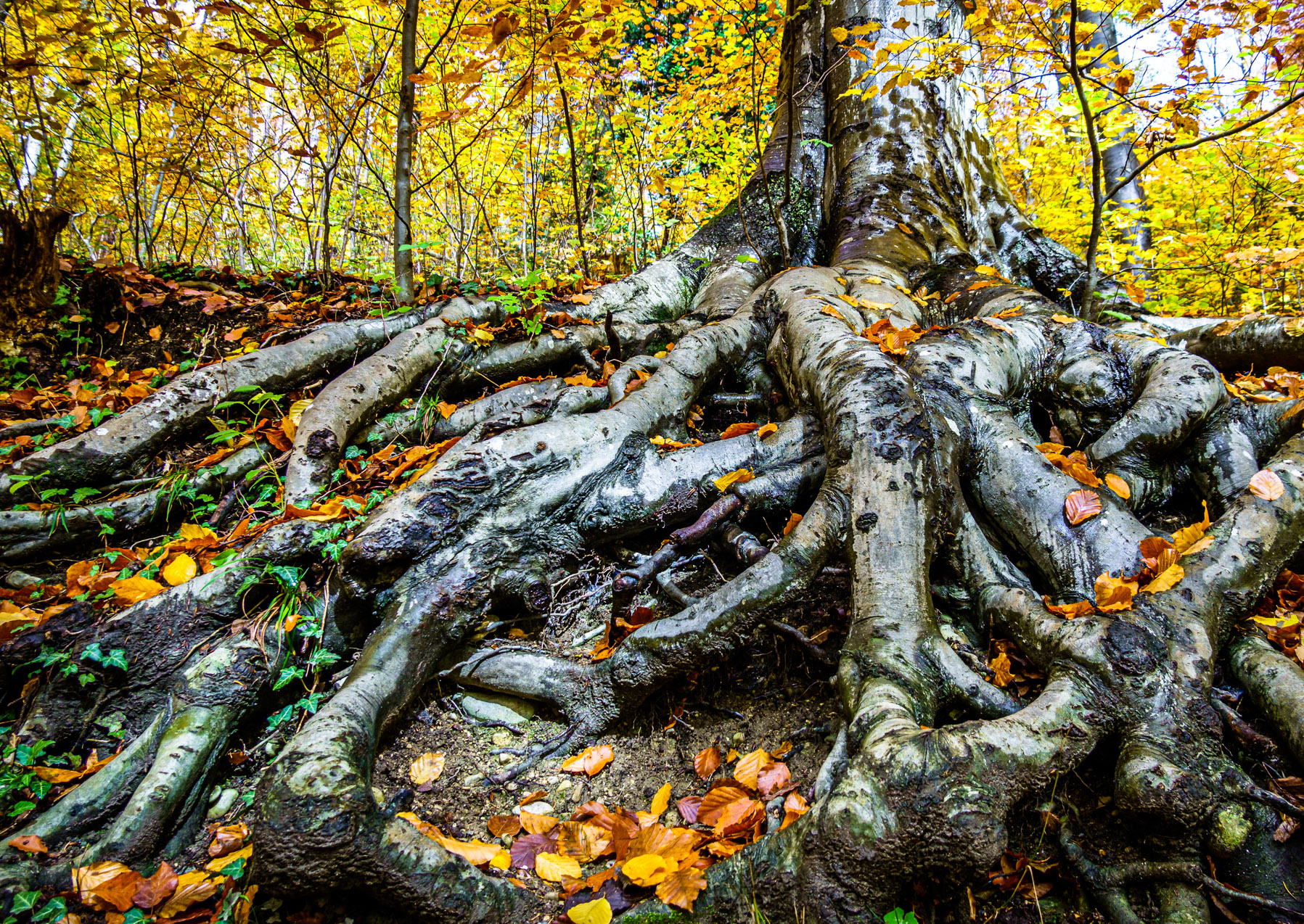 A major crackdown is currently underway in North Korea to eradicate foreign culture, mainly from South Korea, as well as “capitalist tendencies”, including corruption.[1] The campaign’s roots go back to the start of Kim Jong Un’s tenure, but it has become particularly intense this year, with several new laws and ordinances enacted to strengthen social control. The country’s dire economic situation and COVID-19 border lockdown, possibly driven by conservative elements within the regime, are part of the reason for the campaign’s renewed vigor this year. Indeed, there is hard evidence from other parts of the world that many states have used COVID-19 as an opportunity to increase the suppression of political threats.[2] However, it is also likely the result of a cyclical dynamic, where the state intensifies social control after periods of relative relaxation.[3]

The current campaign: objectives and methods

To understand the rationale for the current campaign, consider the following example: early October of this year, Daily NK reports a directive from the North Korean government to military units to strengthen ideological education following the reopening of the military hotline with South Korea. The General Political Bureau of the Army distributed collective study material to all military institutions, call for the soldiers to “boldly defeat the imperialist plans to ideologically and culturally infiltrate” the country and “to establish a revolutionary military spirit”. In the past, the state often overlooked ideological crimes committed by the military, a practice the government is now seeking to end. This ideological education program was launched the day after Kim Jong Un announced the hotline’s restart. Of particular concern are young soldiers who, like young North Koreans in general, are particularly susceptible to consuming drama, music and other foreign South Korean cultures. The directive gave examples of young soldiers who had been “blinded by bourgeois ideology and culture”, such as new recruits to a battalion who had been caught performing a “strange dance” during the time of war. unit shutdown, suggesting that it might be from South Korean Pop Group BTS or other “K-pop” music.

This case highlights a common dynamic in North Korean repressions against foreign culture; as former North Korean diplomat Thae Yong-ho Noted, these tend to become more intense as the regime’s contact with the outside world increases. When ties tighten, even slightly, with South Korea or the United States, the regime’s main enemies, it must all the more insist with public opinion that the enmity remains and that even if the contacts of the government with foreign powers can be positive, the cultural influences of these countries will remain totally prohibited.

But the current crackdown began long before the hotline took over. Kim Jong Un has repeatedly acknowledged in recent months that the country is experiencing significant economic hardship, largely due to the self-imposed border lockdown to contain the spread of COVID-19.[4] The current campaign stems in part from the state’s fear that the resulting discontent could threaten social stability. Along with the increase in arrests, the regime reportedly sent some 2,000 senior students from its National Security College – where cadres are trained to work in the security bureaucracy – to the end of last year. to watch the ideological tendencies of residents near the border with China. These officers were also said to have been tasked with interviewing unemployed or starving residents and convincing them that they could count on the party to overcome the current crisis.

Indeed, the repression seems to have accelerated considerably at the end of last year and the beginning of this year. A milestone was the 12th plenary meeting of the 14th Presidium of the Supreme People’s Assembly, the official parliament of North Korea. The meeting passed the “Rejection of Reactionary Ideology and Culture Law,” which, according to the Korean Central News Agency’s summary:

… specifies the principles that all institutions, businesses, organizations and citizens must certainly observe in order to further consolidate our ideological, revolutionary and class positions by completely preventing the incursions and spread of anti-socialist ideology and culture and by firmly maintaining our idea, our spirit and cultural.[5]

In practice, the law strengthens sanctions and state enforcement for actions that were already crimes in North Korea. In the past, corruption and contacts could often cause authorities to turn a blind eye to North Koreans consuming foreign media and culture. The current campaign and the new law are forcing security guards to be more vigilant against behavior that, although illegal, has become common in North Korean society. Backgrounders on the new law would state that distributing films, tapes, videos or books from South Korea is punishable by life imprisonment in a labor camp or execution.

While many offenders have received such sentences in the past, the new law appears to cement and specify these tougher sentences for a wider range of offenders. Although not defined by the new law, the government is also said to have extended the practice of sentencing the families and relatives of offenders to internal exile or to the labor camp – a practice which has, according to testimonies and refugee sources inside North Korea, have become less common in recent years. The famous law prohibitions the use of South Korean dialects and singing styles, and punishes parents of children who break the law for not raising them properly.

In addition, the state appears to have stepped up efforts to directly monitor electronic communications from televisions and cell phones. In May 2020, Free Asia Radio reported that authorities were monitoring students’ text messages for South Korean slang and spelling. Overall, arrests for possession, dissemination or consumption of foreign culture have would have increased greatly across the country. In Pyongyang, all households would have been order to report to the authorities the number of televisions they own, and the government checked to see if there were any additional televisions that were illegally tuned to receive South Korean broadcasts.

In early 2020, an editorial in the North Korean state newspaper Rodong Sinmun warned citizens against alcohol consumption, debauchery and other acts that go against the “socialist culture and way of life”. In February this year, the same outlet reported that the North Korean authorities crack down on the tinted windows of cars, allegedly because young North Koreans use them to hide their view of South Korean dramas. Over the summer, the government reportedly published a list of actions considered “reactionary” under the law passed late last year. This list contains a wide range of behaviors, many of which relate to the dress styles of citizens, singing certain songs, and other seemingly innocuous activities that may violate “Public morality”.

Although South Korean culture is at the center of the current repression, the repression largely targets violations that may threaten social stability in the eyes of the state. Therefore, it’s no surprise that arrests of those breaking COVID-19 regulations, as well as allegedly corrupt officials, have increased over the same period. A significant number of people, probably tens of thousands, although no definitive information is available, have been sent to labor and prison camps for breaking quarantine rules. For example, people gathered in groups of more than three have been sentenced to forced labor. According to Daily NK, although the figures cannot be confirmed, the camp population has increase by at least 20,000 since March 2020, in response to the harsh implementation of the Anti-Reactionary Thinking Act and violations of quarantine and social distancing rules. Satellite imagery research carried out by the Human Rights Committee in North Korea confirms that the camps have been renovated and expanded in recent years, although it disputes that entirely new camps have been built.[6]

The North Korean government always seeks to keep foreign news and capitalist culture out of daily life in the country, and Kim’s emphasis on social control dates back to the early days of his tenure. In many ways, the current crackdown is simply a focus on the North Korean state and security organs doing what they were designed to do.

Indeed, repressive measures such as this can also come in cycles.[7] Over the past decades, the state, with few exceptions, has consistently relaxed state control over the economy, allowing markets and space for private initiative to flourish. Such relaxation requires the security bureaucracy to ease authoritarian pressures. These organs naturally seek, however, to expand their power and influence. So, although there is little empirical evidence to date, the current crackdown may reflect an effort by these institutions to regain their influence and status as their relative role and importance has diminished due to a relaxation of laws. economic controls.

The COVID-19 pandemic has also given ammunition to those within the state apparatus who wish to see tougher crackdowns on bad economic and social behavior; similarly, strict border controls – despite their dire economic results – may in part stem from the security state using the pandemic to advance its political interests. Regardless of the source, this is probably far from the last such campaign under Kim Jong Un’s tenure.