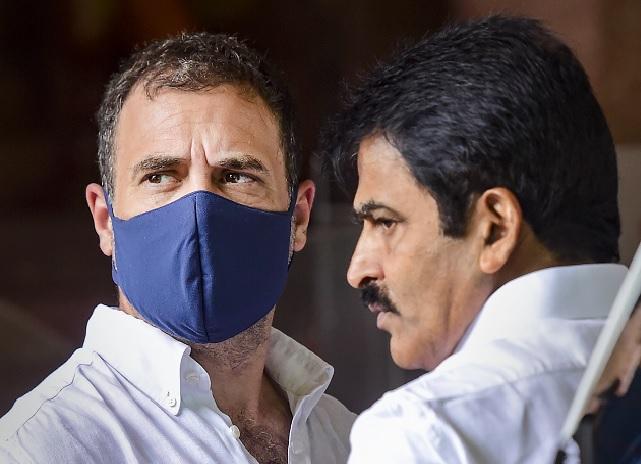 Not afraid of Modi, won’t be intimidated: Rahul in action in Herald case


Launching a scathing attack on the prime minister, former Congress speaker Rahul Gandhi said on Thursday he was ‘not afraid of Narendra Modi’ and would not be ‘bullied’ by the leadership’s action of law enforcement in the National Herald case.

Gandhi’s reaction came a day after the ED sealed Young Indian’s office at Herald House here, and Delhi police briefly barricaded the party office and the residences of Rahul and Sonia Gandhi.

“These are attempts at intimidation,” he told reporters outside parliament. “We will not be intimidated. We are not afraid of Narendra Modi.”

In his first response after the ED sealed off Young Indian’s premises in the National Herald’s congressional office, Gandhi said: “They can do whatever they want. It doesn’t matter. I will continue to work to protect the country and democracy and maintain harmony in the country.I will continue to do my job no matter what they do.

Later, in a tweet in Hindi, he doubled down on his criticism of the government and the prime minister.

“The truth cannot be barricaded. Do what you want, I am not afraid of the Prime Minister, I will always work in the interest of the country. Listen and understand!”

The former Congress leader said the BJP government thinks it can “silence us by putting pressure on us”.

“We will not be silenced. We will stand up against what Narendra Modi ji, Amit Shah ji are doing in this country, against democracy, whatever they do,” he said during his press briefing.

Congress also raised the issue of ED action in both Houses of Parliament and caused disruption. Many Congress leaders also gave adjournment notices to both Lok Sabha and Rajya Sabha, but these were not authorized by the President.

Congress leaders also sought to raise the issue in the Lok Sabha in the morning, but were not allowed and the House was adjourned until 2 p.m.

(Only the title and image of this report may have been edited by Business Standard staff; the rest of the content is auto-generated from a syndicated feed.)

Business Standard has always endeavored to provide up-to-date information and commentary on developments that matter to you and that have wider political and economic implications for the country and the world. Your constant encouragement and feedback on how to improve our offering has only strengthened our resolve and commitment to these ideals. Even in these challenging times stemming from Covid-19, we remain committed to keeping you informed and up-to-date with credible news, authoritative opinions and incisive commentary on relevant topical issues.
However, we have a request.

As we battle the economic impact of the pandemic, we need your support even more so that we can continue to bring you more great content. Our subscription model has received an encouraging response from many of you who have subscribed to our online content. More subscription to our online content can only help us achieve the goals of bringing you even better and more relevant content. We believe in free, fair and credible journalism. Your support through more subscriptions can help us practice the journalism we are committed to.

First Friday in August: 21 Events to Check Out, Near the Town of Lancaster, From a Susquehanna-Themed Exhibition to Makers’ Markets | Entertainment

ConsolidationNow has been reorganized as RixLoans Payday