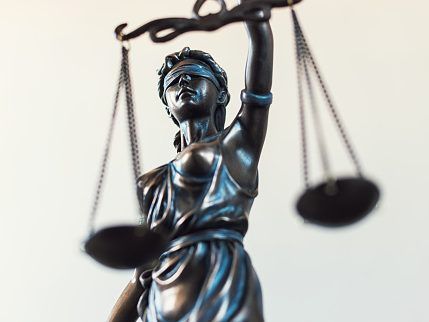 OPINION: A struggle within the conservative family for rights

Michael Kennedy was 22, an idealistic, gay libertarian when he went to work for the newly established Constitutional Freedoms Justice Center.

Now he’s suing the center in a new case, arguing that when an employer does something contrary to an organization’s mission and values, it breaks its contract with employees and amounts to constructive dismissal.

The Justice Center denies Kennedy’s claims in the lawsuit he filed in the Alberta Court of Queen’s Bench in September.

This is an unprecedented case in Canada, according to his lawyer Kathryn Marshall. This is largely because, unlike the United States, there are few think tanks, advocacy groups, and other organizations with an ideological mission.

In fact, it was this rarity that drew Kennedy to the Justice Center in 2011 during his training.

He had just completed an internship in the Koch Associates program and a part-time contract with the Foundation for Individual Rights and Education in Washington, DC “Protecting Free Speech on College Campuses.”

Kennedy’s sexual orientation was no secret.

JCCF founder and president John Carpay asked him about this before he hired him.

â€œI was offended to be asked. I had had a taste of the homophobia of the conservative movementsâ€¦ but I was disappointed that it was brought up as part of a job application, â€Kennedy said. “But I had just graduated from college and was desperately looking for a job.”

Even though in 2011 the Justice Center had already taken on a case widely seen as anti-LGBTQ, Kennedy said his philosophy was aligned with his view of individual rights taking precedence over collective rights.

She intervened that year before the Supreme Court of Canada, defending Bill Whatcott’s right to distribute anti-gay pamphlets. The court disagreed, upheld the court ban and called it hate speech.

Four years later he lost again in the Supreme Court when he argued that Trinity Western University should not be denied law school, even though students are required to pledge to refrain. of sex outside of heterosexual marriages.

Speaking at a Rebel Media event in November 2018, Carpay said the way to defeat totalitarianism was to think about common characteristics: â€œIt doesn’t matter if it’s a hammer and a sickle for communism or it is the swastika for Nazi Germany or a rainbow flag. The underlying thing is hostility to individual freedoms.

It was a disaster for public relations. Kennedy said as director of communications he had nothing to do with it. Yet Carpay asked him to resign.

By September 2019, Kennedy had had enough. He resigned after the JCCF decided to represent the Buffone family at the Human Rights Tribunal of Ontario, who believe their daughter was discriminated against on the basis of sex, gender and gender identity. Explaining gender fluidity in the classroom, a teacher reportedly said there were no boys and girls.

According to Kennedy’s statement, it wasn’t just that he was directly involved in the kind of tribunal that Carpay had previously called “kangaroo courts.”

This was also the argument of the JCCF.

Kennedy’s claim indicates that when he expressed his concern about it, it fuels “a growing public perception that the mission of the Charter-based Justice Center is a facade to justify attacking the LGBTQ community. Carpay justified the case by saying that it is “a (maybe ‘the’) major problem of our time.

Kennedy told me, â€œThe day I found out (JCCF taking the case), I had a stomach ache. I realized that I couldn’t work here anymore. â€¦ I don’t believe in mission.

JCCF’s defense offers a different point of view. When told he was taking the Buffone case, Kennedy replied, â€œGot it. I will stay there.

His statement of defense acknowledges that Kennedy had expressed his view that getting involved in the human rights complaints process was against his mandate.

But he said at no point had he suggested that if the JCCF continued its involvement in human rights processes, Kennedy would view it as a constructive dismissal.

This case is not only potentially a precedent in labor law. At the heart of it is the schism within the conservative / libertarian movement between those who believe that LGBTQ people are protected by freedom of expression, association and equality and those who believe these rights must protect. religious groups, organizations and others to speak out, speak and act on what they believe.

Kennedy said it more clearly when we spoke.

Do libertarians and conservatives oppose asserting gender identity because no one should be forced to say things they don’t believe or because they don’t like transgender people?

And do they believe in freedom of speech as fundamental to protecting liberal democracy or because â€œthey want to protect homophobes, racists and fanatics?

Since COVID-19, the Justice Center has focused less on LGBTQ fighting in favor of raising interesting constitutional questions while defending the right of individuals not to wear a mask or to be vaccinated.

But Carpay dealt a heavy blow to his organization last summer.

He admitted in July that he hired a private investigator to spy on Manitoba’s chief justice and health officials to see if they violated the province’s COVID restrictions. He took a leave of absence.

Carpay was back in September to try to restore confidence in the brand when Kennedy filed his lawsuit and claimed $ 470,800.

This case will not facilitate renewal.

Sign up to receive daily news from the Vancouver Sun, a division of Postmedia Network Inc.

Thank you for your registration!

A welcome email is on its way. If you don’t see it, please check your spam folder.

The next issue of Vancouver Sun Headline News will be in your inbox soon.

We encountered a problem while registering. Try Again