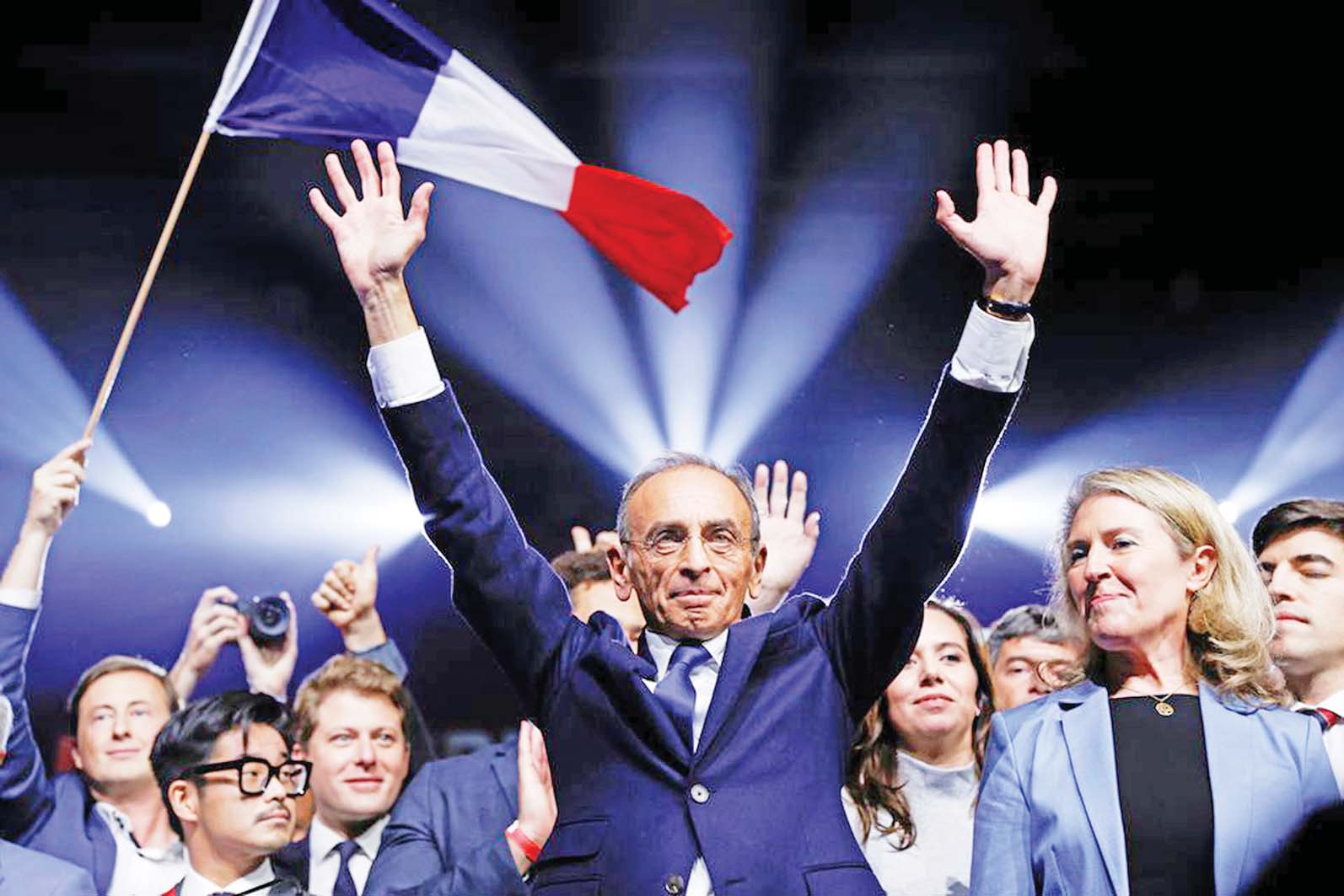 Recently, the Fiji Law Society was ordered to â€œget out of politicsâ€. The message was released by prominent Suva lawyer and former FLS chairman Devanesh Sharma at the 23rd Attorney General’s Conference in Natadola last week.

Mr. Sharma mentioned that FLS should focus on meeting its obligations to the legal fraternity by “running ethics and refresher courses on a regular basis,” perhaps among other things.

â€œGet out of politics,â€ he said, â€œbecause by the end of the day we have to look after the well-being of our profession. “

Responding to Mr Sharma’s statement, FLS Chairman Wylie Clarke said there was a clear distinction between engaging in politics and observing the rule of law.

“In democratic countries, any government that holds power should expect criticism,” Clarke said.

“This does not mean that his critics are engaged in politics and it is disappointing that a seasoned Fijian lawyer seeks to blur this simple distinction.”

The communication to FLS amounted to telling the Fiji Media Association to focus only on training journalists and to avoid problems related to the violation of the right to a free press. Professional bodies, such as the FLS, are involved in promoting the interests of people engaged in a particular profession.

This may include providing training and development opportunities and supporting professional practice monitoring.

The organization may also be involved in problems beyond its usual daily work. Note that although we may belong to a professional body, we are also citizens of a country. You can be a judicial officer, but after work or on weekends, you can pick up a banner and participate in a peaceful march to protest unfair dismissals or a campaign for fair pay. Sometimes your active participation can be misinterpreted to suggest that we are engaged in active politics. It is universally recognized that one of the key principles of any modern democracy is respect for and support for the rule of law.

However, respect for the rule of law cannot depend solely on goodwill. The effective protection of society against threats induced by abuse of power, corruption and the violation of fundamental human rights and democratic virtues depends on the existence of an effective system of checks and balances. We are part of this system as individuals and as members of a group.

But we don’t necessarily have to get involved in politics. The independence of the legal profession is also a fundamental and crucial pillar of this system of democratic â€œoversightâ€. This year, the FLS has spoken out against certain government decisions and actions that it believes violate the rule of law.

On the contrary, the frequent public statements of the company demonstrate its commitment to transparent leadership and responsible governance. In addition, it shows that it respects freedom of expression, media freedom and the rule of law. In early February, the Fiji Law Society spoke out strongly against the government over the arbitrary arrest, detention and expulsion of the Vice-Chancellor of the University of the South Pacific, Professor Pal Ahluwalia and his wife, Sandra Price.

â€œProfessor Ahluwalia and his wife are legally in Fiji and should be treated with dignity and within the law,â€ FLS said. Professor Ahluwalia’s offense violated the Immigration Act. A week later, the company asked parliament to postpone debate on bills to create an anti-corruption division in the High Court and abolish assessors. He said the postponement “would allow appropriate public consultation” to take place.

The NGO Coalition on Human Rights sided with the FLS, saying the proposed changes were important and affected Fiji’s commitment to â€œprinciples of democracy, good governance, justice and human rightsâ€.

â€œBills introducedâ€¦ require careful consideration and should not be expedited under the guise of Standing Order 51. Both bills affect the basic human rights of those who depend on our criminal justice system, â€NGOCHR said.

FLS reminded the authorities to “respect the rights and freedoms” of citizens under the Constitution and “to act in accordance with the law”.

That same month, the FLS urged Attorney General Aiyaz Sayed-Khaiyum to take a more thoughtful and professional public stance on court rulings he disagreed with.

This was after Mr. Sayed-Khaiyum criticized state lawyers for “not doing a good job” in the case of opposition lawmaker Niko Nawaikula.

The FLS said the GA’s behavior was “uninspiring” and “inappropriate”.

Last month, the FLS again expressed concern over the dismissal of Solicitor General Sharvada Sharma, saying it was a flagrant violation of the requirements of the 2013 Constitution. Mr Clarke said the dismissal of Mr. Sharma, without due process, was a serious breach of the rule of law and threatened the independence of constitutional offices.

In all of FLS’s statements of concern this year, he simply pointed out where the government may have erred in law, how the government should have acted, and reminded the government to respect and observe the rule of law. Nothing in the Law Society’s statements indicated that he engaged in partisan politics or that he was influenced by any particular political agenda.

To act in a partisan manner means to be attached to the ideology and to the political objectives of a political party while being simply political, as a civic duty, it is to get involved in the governance or the public affairs of the country. Politics and the rule of law are interrelated, but very distinct. Moreover, the Fiji Law Society did not act alone.

In fact, he joined other pluralist voices – political parties, civil society groups, professional bodies and individuals – who have overwhelmingly demanded that the government observe the rule of law, apply due process and respect the rules. human rights and individual freedoms.

This regular scrutiny of government decisions and the public outcry over government action does not mean that Fiji or the FLS are operating along party lines. In fact, politics and law are deeply intertwined, the law being an essential instrument with which government tries to influence society and the means by which government is structured, regulated and controlled.

I believe that the Fiji Law Society’s careful and rigorous examination of government shows that it is independent and free from political and partisan influence. It also shows that he is an active player in maintaining and demanding political accountability in Fiji. This independence and freedom to censor government does not benefit politicians or lawyers.

Instead, its ultimate goal is to protect the interests of the Fijian people and provide them with a non-partisan legal profession as the citadel of an independent judiciary and the foundation of a free, just and democratic society. While the role of FSL is to serve its members through training and capacity building, it has a nobler duty and that is to serve the rule of law and the wider public interest.

To do this effectively, it will inevitably apply checks and balances to government power and could be accused of delving into politics. It is important to know that the independence of the Fijian legal profession, and not its political engagement or association with politicians, enables all Fijian sons and daughters who are lawyers to serve in the legitimate interests of society, without fear of abusive reprisals, and free from any undue influence and any injustice.

In addition, we are living through a very convoluted period in the history of our country. Poor leadership and COVID-19 complicated matters.

In this context, we cannot have individuals and groups who are mere spectators in civic space, disinterested in politics and political affairs, afraid to speak out when the rule of law is challenged and desecrated.

It requires vibrant democratic citizenship and leadership, where the government and its people respect the rule of law.

The bottom line is that we cannot thrive where there is no respect for the rule of law, freedom of speech is misplaced, and citizens and institutions cannot hold their government to account.

Until we meet on this same page at the same time next week, stay blessed, stay healthy, and stay safe!

Inside the epic Christmas of Britain’s biggest family, the Radfords