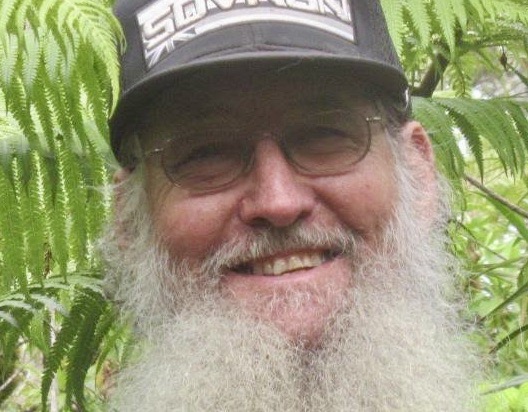 Editor’s note: For the November 8 general election in Hawaii, Civil Beat asked candidates to answer a few questions about where they stand on various issues and what their priorities would be if elected.

See Civil Beat’s election guide for general information and learn about the other candidates on the ballot in the general election.

1. What is the biggest problem facing your district and what would you do about it?

Excessive government regulation of the visitor industry, agriculture, power generation, education (you could probably add a few more that matter to you) and taxes relating to tourism. food/drugs, an additive sales tax each time a product changes hands, income tax, and the best example of double taxation (inheritance tax) simply serves to take away personal discretion (how you want to spend your money) out of the hands of the average citizen.

I would work to change government processes for the good of the people.

2. Many people have been talking about diversifying the local economy for many years now, and yet Hawaii still relies heavily on tourism. What, if anything, should be done differently regarding tourism and the economy?

Overregulation of tourism drives up prices and lowers revenue. Mom and dad depend on income generated from short-term rentals, but now they have to jump through hoops or find themselves out of business altogether.

Hawaii is among the bottom five states in the country for small businesses. Excessive taxes and regulations limit the establishment of businesses that will tend to keep our keiki in Hawaii instead of heading to greener fields on the mainland. It is time to reduce government interference “for our own good”.

3. An estimated 60% of Hawaii residents are struggling, a problem that goes well beyond low income and into the disappearing middle class. What ideas do you have for helping middle class and working class families struggling to continue living here?

I hate to beat a dead horse, but if government got out of people’s faces, the average citizen would have more say in what is best for them.

No tax on food or medicine would help. No income tax on anything earned below the poverty line would go a long way to increasing personal freedom, as would no tax on tips.

4. Hawaii has the most lopsided legislature in the country, with only one Republican in the Senate and just four in the House. How would you ensure an open exchange of ideas, transparency and accountability of decisions? What do you see as the consequences of single-party control, and how would you address them?

When it comes to single-party control, change happens at the ballot box. Hawaii’s laws make it virtually impossible for an independent (nonpartisan) candidate to run on the ballot, and third parties must jump through hoops. No restrictions should be placed on party/independent candidates to register on the ballot. The party and independent candidate with the most votes should pass the primary to give the voter more choice in the general election.

When it comes to an unbalanced legislature, it looks like we will lose two more Republicans in the House. When it comes to an open exchange of ideas, I can’t do much to open the listener’s ears, but I can keep talking. When it comes to transparency, the public should know how all legislators voted. Voice votes and cancellations of a bill by a committee chair’s refusal to hear it should not happen. As far as accountability goes, it pretty much depends on the voter and the court system.

5. Hawaii is the only western state without a statewide citizens’ initiative process. Do you support such a process?

I see no problem with citizens recommending changes to the law or constitutional amendments without the approval of the Legislature or the Governor.

6. Thanks to their campaign war chests and name familiarity, incumbents are almost always re-elected in legislative races in Hawaii. Should there be term limits for state legislators, like there are for the governor’s office and county councils? Why or why not?

However, term limits won’t address war chests or name familiarity, nor should they. Campaign War Chests and name familiarity come with political turf. Everyone should be able to donate to a cause that suits them. It’s relatively easy to circumvent campaign donation limits. However, the public should know the name (not just the organization) of each donor who donates over a certain amount.

7. Hawaii has recently experienced a number of significant corruption scandals, prompting the state’s House of Representatives to appoint a commission to improve government transparency through ethics and lobbying reforms. What will you do to ensure accountability in the Legislative Assembly? Are you open to ideas such as requiring enforcement of the Sunshine Law and open documents laws in the Legislative Assembly or banning campaign contributions during the session?

I can only assume my own responsibility. My office schedule, including the people I met and a synopsis of the purpose of the meetings, will be available online. I do not accept donations (or gifts) from anyone.

There are ways to circumvent the Sunshine Law and Open Records Laws (emergency proclamations immediately come to mind). I don’t know how much good banning campaign contributions during the session will do, however, as stated before, we should know who contributed and when.

8. How would you make the legislature more transparent and accessible to the public? Opening of conference committees to the public? Stricter disclosure requirements on lobbying and lobbyists? How could the Legislature change its own internal rules to be more open?

I would have to know more about the actual operation of the Legislative Assembly to answer that question. Conclusion: Rules are one thing, following them is another.

9. Hawaii has seen growing division on politics, development, health mandates and other issues. What would you do to bridge these gaps and bring people together despite their differences?

Compromise is the solution to differences of opinion.

First, a common goal must be established. There are many paths to this goal. Choose a common sub-goal that will bring everyone closer to the main goal. Make appropriate changes along the way.

10. The coronavirus pandemic has exposed many flaws in Hawaii’s structure and systems, ranging from outdated technology to economic disparity. If you could take this moment to reinvent Hawaii, to build on what we’ve learned and create a better state, a better way of doing things, what would you do? Please share a great idea you have for Hawaii. Be innovative, but be specific.

Wow, I have a lot of great ideas, none of which the Legislature will likely pass, but you have to plant the seeds. If enough people water them (and the water isn’t yellow), the trees will bear fruit over time.

Regarding one of them, how about a flat income tax? Anything a person earns below the poverty line is tax exempt. Everything above the poverty line is taxed at the same flat rate – true equality. This could easily be made revenue neutral. In other words, the revenue collected by the State would not change. Divide total taxes collected by total income.

People always talk about leveling the playing field, but there are so many exceptions that the playing field is anything but level. It doesn’t matter how much income you earn above the poverty line, how many children you have, how much you contribute to non-profit organizations, how old you are, or whatever. Now it’s equality.

Sign up for our FREE morning newsletter and face more informed every day.