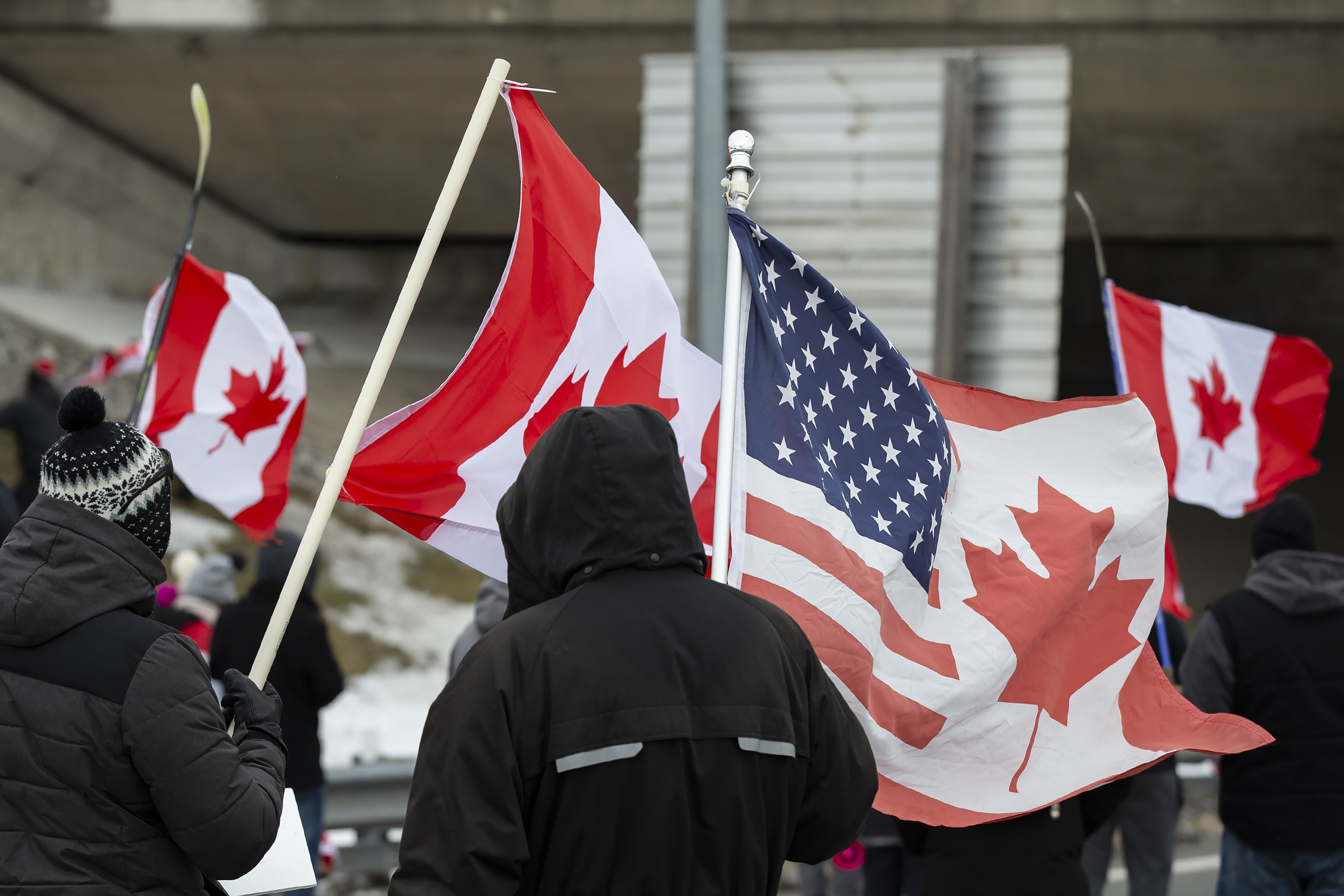 This may not sound new, except that the Trump era has catalyzed an ongoing, intense, and sometimes personally unpleasant debate among right-wing writers and thinkers about the importance one should place on freedom. One faction – associated with populists, nationalists and various critics of classical liberalism – argues that the traditional conservative celebration of freedom has become fetishized and is now an anachronism unrelated to ordinary people and an obstacle to the fight against the struggles of working class.

This position has gained adherents in recent years, but it’s hard to tell amid the knee-jerk support from the right for a protest movement flying under the banner – literally! – of freedom.”

Indeed, if you were sitting on the couch in prime time anytime in the last 20 years and you turned on Fox News and saw that Sean Hannity was vigorously supporting something called “Freedom Convoy,” you’d think that the planets were aligned. and nothing had ever troubled the conservative consensus.

The Canadian demonstration is a unifying moment for the American right. To simplify for the sake of clarity, populists are drawn to truckers as representatives of the working class, of a rejection of government by pundits and a desire to shock and challenge the progressive ruling class embodied in the Prime Minister Justin Trudeau.

Limited government conservatives, on the other hand, tend to sympathize with opposition to the vaccination mandate on truckers as irrational and completely unnecessary regulation and with the push to start lifting Covid restrictions more broadly.

This adds up to a sort of populist-leaning libertarianism, with an increased emphasis on cultural struggle and class conflict.

It was predictable that first brush with Biden administration policies would rekindle conservative distrust of the government, and pandemic restrictions have supercharged a mandate- and government-focused “don’t tread on me” response on the right. closures.

Of course, the GOP has changed over the past decade. Trump broke with conventional post-Reagan Republican rhetoric and elevated national cohesion, sovereignty and strength above freedom. It showed that economic conservatives were not the dominant Republican coalition partners that many had believed.

Notably, Biden’s spending plans receive very little Republican support, but opposition to red ink is muted compared to the backlash of the Obama administration’s first program, when opposition to debt and Government expansion was at its peak on the right.

The sentiment now is less ‘the government is bankrupting us’ and more ‘these disconnected, self-proclaimed experts are telling us what to do because they have too much power and like to dominate us, with the press, social media, corporations and non-profit organizations are all on their side.

This gives opposition to the government a distinct culture war charge, although this is not necessarily new. In the post-World War II conservative coalition, classical liberals and social conservatives united to oppose big government because it was believed that excessive government posed a threat to both freedom and traditional values.

If this momentum continues in a slightly different form, that doesn’t mean there won’t be intra-conservative debates over tax, trade and technology policy, with populists poised to unabashedly wield the power of government in pursuit of their policy. goals.

The defense of freedom will however retain a central place. Consider the politicians who, at this point, seem to be the future of the conservative opposition in Canada and the United States

Pierre Poilievre, whose chances of being Canada’s next Conservative leader have been boosted by the trucker protests, criticized a government that was too “big and authoritarian” in his video announcing his candidacy. Ron DeSantis, the early front-runner in a fight for the Republican nomination in 2024 — if Trump decides not to run — is touting the successes of “the Free State of Florida.”

Issues and accents might change, but in conservative politics freedom is unlikely to ever go out of fashion.

Capitalism is failing workers [letter] | Letters to the Editor