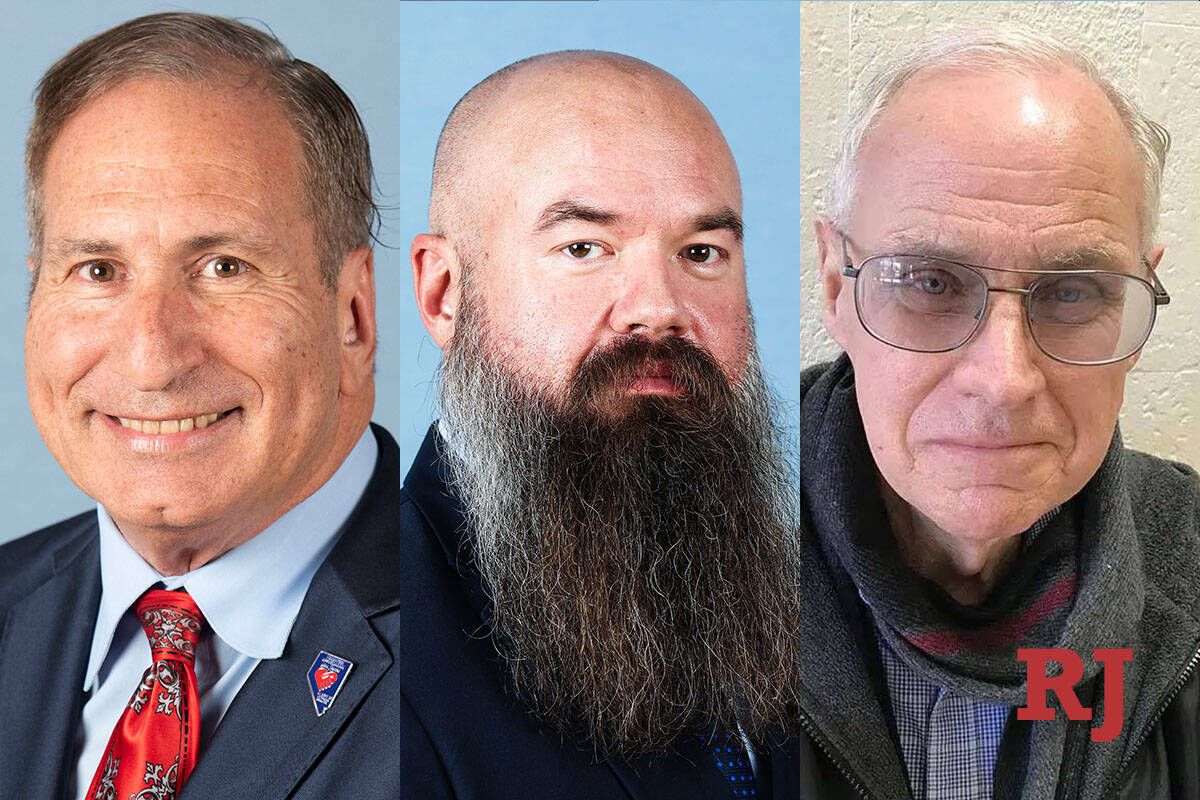 A longtime California politician and a Boulder City business owner both hope to see less government regulation on Nevada residents if elected.

Republican Jeff Stone, Libertarian Brandon Mills and Democrat Brent Foutz are all running for the state’s Senate District 20, which covers the southeast and northeast edges of the Las Vegas Valley.

Mills opened his business, which produces supplies for police departments and hospitals, months before the pandemic forced businesses to close statewide. His business was too new for most government loans, which required six months of operation before the pandemic. From now on, he hopes to see voters telling elected officials what to do, and not the other way around.

“I’m a military vet, an army vet,” he said. “I’ve seen government up close and the inefficiencies of what it can be.”

Mills is raising three children, two of whom are in the Clark County School District. He said he feared government education programs would help struggling schools.

“Government programs have an incentive to fail,” he said. “When they fail, they can ask for more money. If they succeed, they can achieve their goal with the funding they have.

Mills said he declined to run for a specific party because he felt Democrats and Republicans were being corrupted by corporations and special interest groups.

“I don’t want to be a politician,” he said. “I want to be for people, (be) there for small businesses, for parents who send their children to messy schools. I want there to be free market solutions rather than government solutions.

Stone moved to Las Vegas in 2017 after retiring from the California State Senate. He first entered politics in 1995, as a city councilman in Temecula, California, after local politicians did nothing to stop graffiti being sprayed on his business. He then served full-time on the Riverside County Board of Supervisors before being elected to the state Senate. In 2019, he served as the Western Regional Representative for the US Department of Labor.

Stone said he believed there was evidence of voter fraud in the 2020 election. He wanted to require citizenship status on state driver’s licenses and allow residents to file civil lawsuits against people they suspect of having committed electoral fraud.

“Increase criminal penalties for those who aid and abet criminal fraud,” Stone said. “Citizens should have the opportunity to file a complaint against someone who they believe has committed electoral fraud. If you think someone is cheating, go find them and collect the legal fees.

Stone said he wanted to ban sanctuary states and critical race theory, though he couldn’t cite any examples in Nevada.