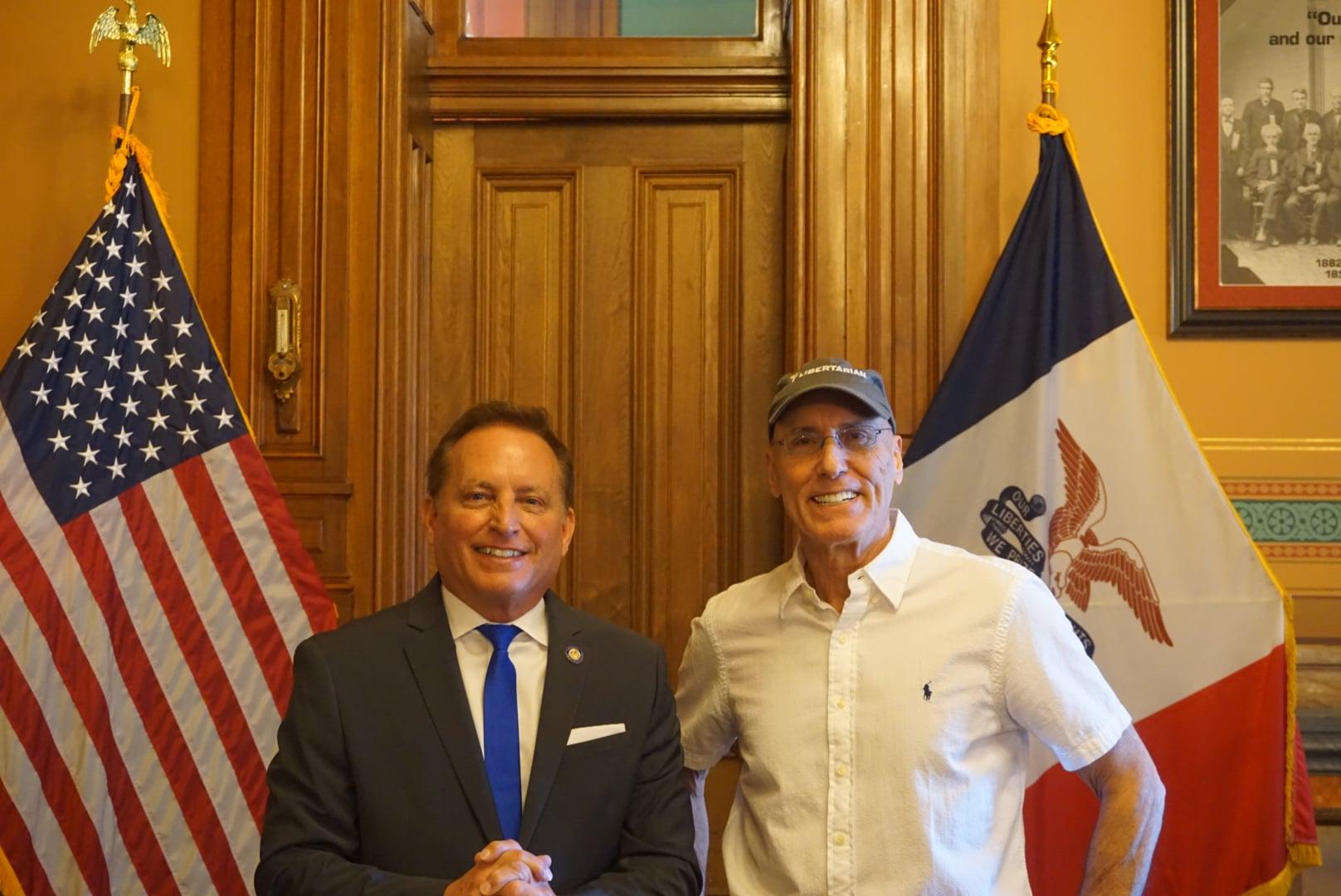 DES MOINES, Iowa — Rick Stewart of Cedar Rapids formally filed with the Iowa Secretary of State’s office Monday his candidacy for governor of Iowa. Stewart was endorsed by the Iowa Libertarian Party at their state convention in Des Moines on January 29, 2022 and has filed over 5,000 petition signatures collected by friends and volunteers. Since losing major political party status in 2018, Libertarians have no primary elections but must file signatures for the November general election.

Stewart, 70, was born in Postville, Iowa. He earned a bachelor’s degree from Coe College in 1991 and an MBA from the University of Chicago in 1993. He is the founder of Frontier Natural Products Co-op in Norway, Iowa, where he served as CEO until his retirement. Stewart’s early career was as a law enforcement officer in Maquoketa, Iowa.

He recently ran unsuccessfully for U.S. Senator in 2020 and Iowa Secretary of Agriculture in 2018.

“I’m running for governor of Iowa because it’s time for a governor for all Iowans and not just for members of any particular political party. It’s time for a governor to unabashedly advocate for an end to Iowa’s bigoted and destructive war on drugs.Standing with the working families of Iowa to ensure that all Iowans have access to a quality education. quality that best meets the needs of their children through universal school choice.Standing with the people of Iowa who are threatened with having their property taken by force for private carbon pipelines and other projects benefiting the wealthy, or whose businesses were closed by executive order while Wal-Mart remained open Marco and I are the ticket who, if elected, will be the governor and lieutenant governor representing all Iowans,” Stewart said.

Des Moines’ Marco Battaglia will be Stewart’s running mate for governor/party lieutenant. Governor’s note. Battaglia is active in local politics, a regular at Des Moines City Council meetings, and was a candidate for Des Moines City Council in 2019. He also garnered more than a quarter of a million votes during his unsuccessful run in 2018 for Iowa Attorney General, a record for a Libertarian Candidate. Battaglia works in corrections and has a passion for helping inmates deal with substance abuse and mental health rehabilitation, which will allow them to be good neighbors upon release. Battaglia is also known as a musician and a regular on metro Des Moines radio.

“As we campaign across the state, Marco and I look forward to hearing the concerns of our fellow Iowans and finding solutions for Iowans that allow them to make their own decisions through personal freedom. and increased economy. I believe that, if elected governor, I will be an honest broker between the other two parties that control our legislature, and I will work toward solutions that empower all Iowans, not just a select few.

How the war in Ukraine is affecting many financial industries