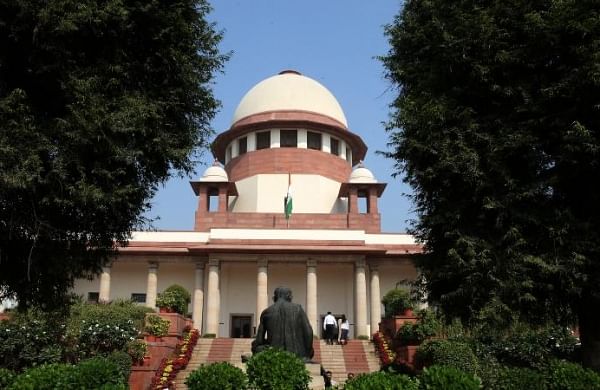 The Supreme Court’s interim order to suspend criminal proceedings in cases reserved under Article 124 A of the ICC did not come a day earlier. The gratuitous exercise of this strict provision which directly impinges on civil liberties and fundamental rights has been a matter of concern and embarrassment as it directly impairs the right to criticize governments in power.

Criticism and dissent are the lifeblood of democracy. When criticism and dissent are considered blasphemous and seditious in intent, the corrective value of criticism is completely overlooked and ignored. Moreover, by invoking the most vehement provision of the ICC against anyone who voices dissent, the message is loud and clear: dissent is not welcome and carries dangerous consequences, including incarceration without bail. Once dissenting voices are silenced and power is no longer questioned, democracy weakens; it mutates. The long-awaited intervention by the Supreme Court has wider ramifications and redemptive value. It could serve our democracy through its propensity for insularity and its pathology of self-adulation.

Why should sedition law become a practical tool for the state? It has been on the statute book for more than a century, but until a decade ago it was applied only sparingly. But in the recent past, students championing constitutional freedoms, activists calling for proactive policies to mitigate climate change, journalists trying to raise contributions for reporting on atrocities against Dalits, aid workers who have rebelled against the indifference, inaction and exploitation of administrative machinery, writers and artists pioneering freedom of expression and criticizing government policies, human rights activists who fight to obtain justice for the oppressed were all severely sentenced under 124A, arrested and allowed to languish in jail with the distant hope of being released on bail.

It is not only a matter of abusing a serious provision of the ICC, but the mechanical and myopic invocation of this article removes its gravity because it blurs the essential difference between the real acts of sedition and the real differences of opinion and government criticism. Sedition is an act of dissent, but not all dissent is sedition. Colonial rulers were right to invoke this provision when disaffection with the British Empire spread like wildfire. However, a sovereign democratic state cannot justify oversensitivity to criticism and coercion to invoke the UAPA or the Sedition Act based on outlandish inferences and fanciful suspicions.

There is a social context that made it possible to nonchalantly invoke 124A. Imaginary concerns and phobias based on religious identities and political differences have created distances and otherness through carefully crafted political and communication strategies. Social media platforms and electronic media have been used with dangerous consequences. By constantly insisting on the message of “otherness”, imaginary fears and malicious misinformation, distrust and disaffection among religious communities have become a deadly presence in the social psyche. The change has been gradual and constant. To understand how much this philosophy has altered our perceptions and reactions, we need to visualize the natural innocence of our minds a few years ago. One would be appalled by the magnitude of the transformation. For example, we have hardly noticed that the once sacrosanct word secular has lost its primacy, luster, beauty and inevitability.

It is this altered state of mind that makes eating beef odious, wearing the hijab incongruous, using loudspeakers boring and coming out of religious processions defiant. It is this lowered threshold of tolerance for criticism from governments that demonizes students for playing a different tune. Such acts create new schisms in society and disrupt the accepted social fabric. The intolerance of the state to listen to dissenting or divergent opinions invalidates the dialogue which is the hallmark of democracy. Society begins to suffocate at its inability to express alternative viewpoints and grieves at seeing the real and imagined distances that cloud social neighborhoods.

Human beings are social animals. The artificial spaces that obstruct familiar and sympathetic social contest cannot last long because the natural instinct to be together overcomes the forces of division. This becomes all the more compelling when a society faces common calamities. The pandemic has induced 30 months of deprivation and economic misery suffered by all strata (except the well-off and wage earners), the consequent decline in the quality of life, the increase in the cost of living and the decline in real incomes, widespread job losses, agricultural distress, soaring prices and other collective suffering naturally brought people together, emancipating themselves from the manufactured compartments.

A new accommodating ethos seems to be emerging in the country. A few examples of temples holding iftar, mosques making special arrangements for temple celebrations, and such indisputable acts of mutual understanding have been reported. They may be episodic in nature, but an underlying urge to break the shackles of narrow-mindedness and exclusion is unmistakable. This could be the beginning of a process of social self-correction that predicts the arrival of the spring of secular brotherhood endemic to the Indian spirit. The Supreme Court’s order freezing the sedition law, albeit temporarily, is a welcome and timely watering of this new sapling of a social friendship counterculture.