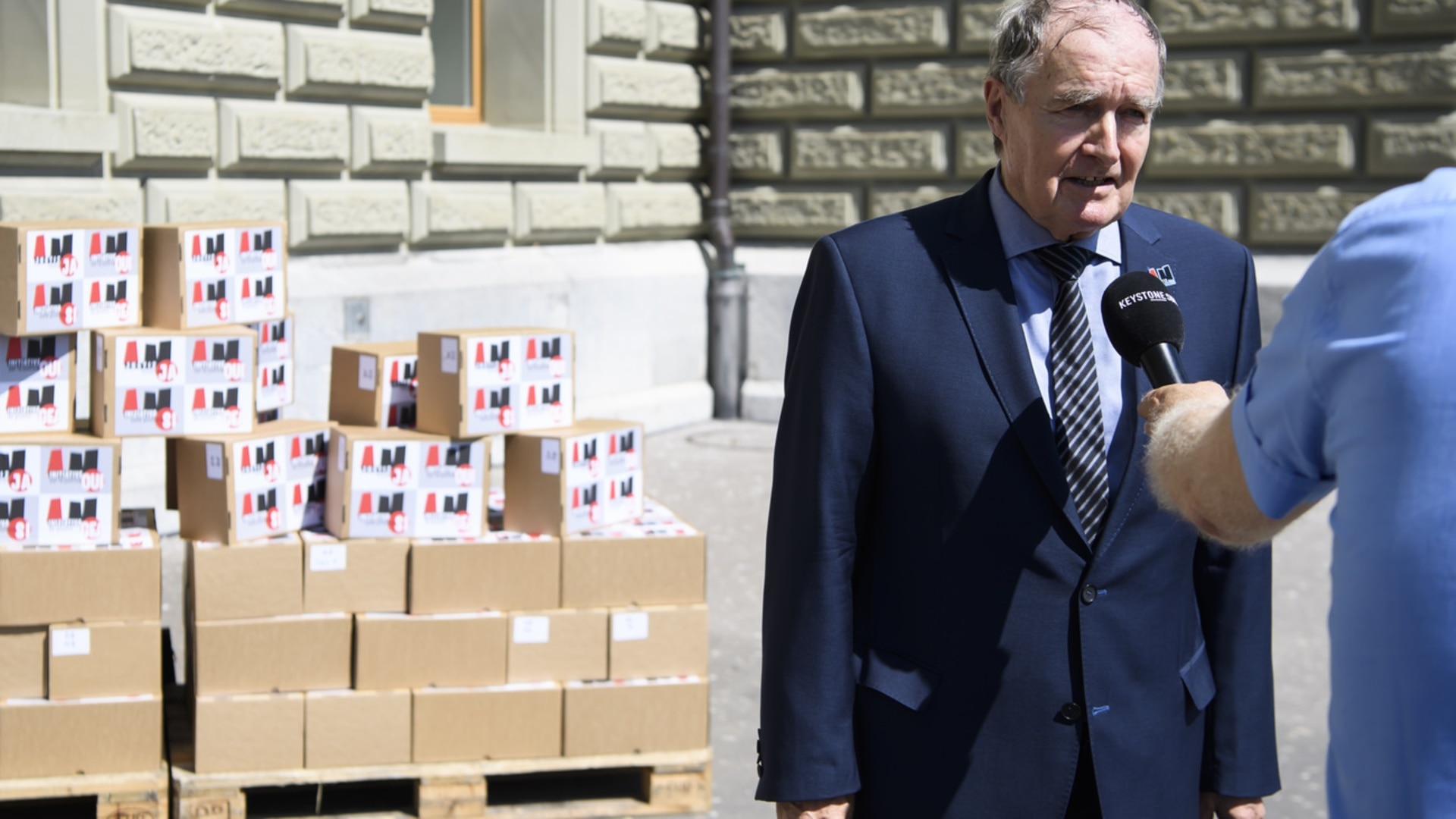 Switzerland votes by lot on the appointment of judges

A popular initiative calls for federal judges to be drawn to ensure they govern independently of politics. The proposal, which is due to be decided on November 28, is unlikely to be adopted, although criticism of the current Swiss system is justified.

What is prohibited in certain countries is part of the system in Switzerland. Judges are members of political parties and are elected by parliament. A popular initiative now wants to change that.

What it is about?

Basically, it is about the independence of Swiss justice, which is closely linked to politics. This is true for all judges, but the initiative is aimed at the highest, the federal judges. In the future, the initiative proposes that these be appointed by a committee of experts on the basis of their qualifications, and then selected by lot.

In addition, federal judges should no longer be re-elected but remain in office until the age of 70. Parliament could only dismiss them in the event of serious breach of their duties or illness.

What problem needs to be solved?

At present, the Swiss Parliament allocates the posts of federal judge according to the strength of the party. Judges without political affiliation therefore have no chance of taking up office.

When a judge is elected, he has to hand over money to the party – the so-called mandate tax, which is unique in the world and is an important source of funding for parties. In return, the judge can count on the support of the parties when it comes to getting re-elected.

In this system, the judiciary is therefore politicized. Judges can be influenced by their party membership when delivering verdicts, as studies have shown. And not just for ideological considerations. Parties also sometimes exert tangible pressure. If they don’t approve a decision, they can threaten not to re-elect the judge.

This mutual dependence calls into question the independence of the judiciary and the separation of powers. Criticism of the Swiss system by initiative is therefore justified. The Council of Europe’s Group of States against Corruption (GRECO) also reprimanded Switzerland. However, the proposal is unlikely to be accepted, as the idea of â€‹â€‹selecting randomly selected judges goes too far for most.

Who is behind the initiative?

The initiative was carried by a citizens’ committee around the colorful figure of the entrepreneur Adrian Gasser, owner of the Lorze Group. One of the richest businessmen in Switzerland, he has had his own encounters with Swiss justice – and not always good ones, it seems. Gasser accuses the Swiss parliament of “nepotism” in the election of judges.

In an interview with swissinfo.ch, Adrian Gasser explains how the â€œjustice initiativeâ€ would guarantee the independence of judges.

Main arguments of the initiative

The key issue for the initiators of the initiative is the depoliticization of justice. They argue that the current system does not guarantee the separation of powers. The judiciary has thus become an extension of the legislative power.

In the opinion of the promoters, the drawing of lots would guarantee the independence of the judiciary vis-Ã -vis political parties and allow the selection of the best candidates. Professional aptitude, not party affiliation, would be the deciding factor. Diversity on the bench would also be enhanced, as women and men would have the same opportunities to access positions, for example.

The abolition of re-election of judges would also prevent parliament from exerting political pressure on the judiciary through the threat of deselection.

Main arguments against the initiative

Opponents of the initiative find the proposal too extreme. In the opinion of most parliamentarians, the existing system works well and the election of judges by parliament gives the process democratic legitimacy. As one legislator put it in a nutshell: democracy is better than a lottery.

Opponents also believe that, when electing judges, parliament can now take into account criteria such as age, sex and origin, thus ensuring a broad societal balance in the administration of the justice.

According to Swiss Minister of Justice Karin Keller-Sutter, the introduction of a lottery process would be completely foreign to the system. A drawing of lots would contradict the political tradition of Switzerland and would present itself as a foreign body in the legislation. â€œThe luckiest candidates, rather than the most capable, would be chosen. “

Who is for and who against the initiative?

The government and the parliament reject the popular initiative almost unanimously and without any counter-proposal. Most of the major parties should vote against.