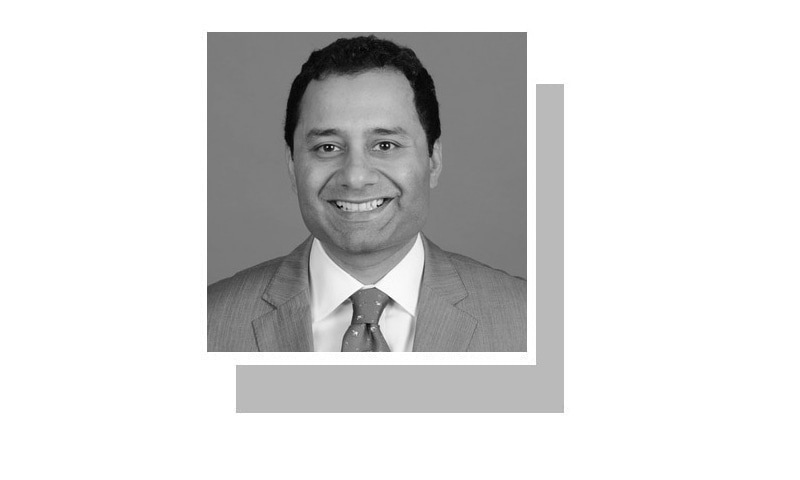 The beginning of the story – Journal

In the decades following World War II, American and European policymakers came to believe in the modernization theory that the march of progress was unilinear and irreversible for all societies. In a sense, history only crossed one direction, from the past to the future. This meant that eventually all recently decolonized African and Asian nations would become Western-style liberal democracies. To accompany this transformation, the United States and its European allies have established a liberal international order comprising a set of international development institutions to promote capitalism and liberal democracy. This order is now under great pressure as the world now enters a Hobbesian phase – chaotic and violent.

Architects of modernization theory, such as WW Rostow, believed that helping new nations develop economically would hasten their movement toward Western-style liberal democracies. While some intellectuals genuinely wanted to help poor countries, an important part of the modernization project was part of a larger strategy to counter the spread of communism around the world. It was believed that if poor nations could be helped through economic development, the communist message of redistribution would lose its mass appeal. These varied goals served as the basis for the creation of the Peace Corps and USAID.

The world seems to be entering a complex, chaotic and violent Hobbesian phase.

The implosion of the once mighty Soviet Union proved to be a huge punch in the arm for the United States and modernization theory proponents, some of whom now worked at the IMF and World Bank. Almost immediately, these proponents unleashed the Washington Consensus — a set of economic policies focused on privatization and deregulation, among others — on Russia and poor countries in the Global South. Modernization theorists were ecstatic as liberal democracy and capitalism seemed to have emerged victorious, at last. Triumphalism prompted Francis Fukuyama, an American intellectual, to declare capitalism and liberal democracy as the final stage in the social and political evolution of the human race. Fukuyama aptly titled his book The End of History and the Last Man. These celebrations turned out to be very short-lived, alas!

After peaking in 2012, democracy has been declining everywhere since. According to V-Dem, a non-profit organization that studies governments, only 13% of the world’s population residing in just 34 countries were classified as living in liberal democracies. The storming of the US Capitol in 2021 shows that democracy is under pressure, even in established democracies that have a long tradition of effective democratic institutions. Nativist populist political forces have also posed serious challenges in different European nations, such as Austria, Hungary, Italy and France. In the case of non-European nations, democratic nations are rapidly becoming what Fareed Zakaria has called “illiberal democracies”, countries where, despite elections, citizens lack civil liberties such as freedom of religion, expression and meeting. In other words, instead of expanding, democracies are deconsolidating.

Capitalism has not done better. The severity of the 2008 financial crisis and its adverse consequences have shown that markets are not always efficient. This fact has led some to openly wonder what a post-American world would look like. The fact that capitalism was not working for the majority of the population was highlighted by Thomas Piketty who lucidly showed that inequality in the United States had reached levels not seen in the golden age. Moreover, a robust response to Covid-19 and China’s excellent economic performance have now convinced many people, even in the Western world, of the important role that states must play in formulating economic policies, the very point that was vehemently avoided by the Washington Consensus.

On top of all this, Vladimir Putin’s recent aggressive actions have left this liberal order reeling. What this also underscores is that history rarely travels in a straight line. On the contrary, history moves in cycles or, as Karl Marx said, “history repeats itself”. When it comes to social and political events, people and structural drivers, overlooked by most, continually regroup and resurface to challenge and change established orders. American and IMF economists overseeing the hasty economic reforms of the 1990s could never have imagined that the same Russia undergoing “shock therapy” would one day challenge the established liberal order.

Some scholars have hailed the return of the state to economic policy-making, as evidenced by the liberal use of fiscal policy as a much-needed corrective to hypercapitalism. Some even welcome the supposed end of unipolarity in international relations, where a single country held disproportionate power. Yet the fact that democracies are now under attack everywhere does not bode well for the future, as the world now seems to be entering a Hobbesian phase – complex, chaotic and violent. In other words, current events are a far cry from what Fukuyama triumphantly declared at the end of the Cold War.

The liberal order inspired by modernization theory is now almost dismantled. The impending chaos and the fact that history does not unfold in straight lines offer important lessons for policy makers in the Global South. As hyper-capitalism forces western nations to ravage their natural resources, these nations will run out of their natural resources sooner rather than later. In a Hobbesian world without order, what will prevent Western nations from reclaiming and returning to their former “colonies”? Southern policymakers would be well advised to move quickly towards a peaceful resolution of their differences in order to present a united front against the West’s insatiable appetite for surpluses and natural resources in what Thomas Hobbes has described as a “war of all against all”.

The writer completed his doctorate in economics on a Fulbright scholarship.

Laura Ingalls Wilder: The ‘Little House’ books are the truth – but not the whole truth | Columnists