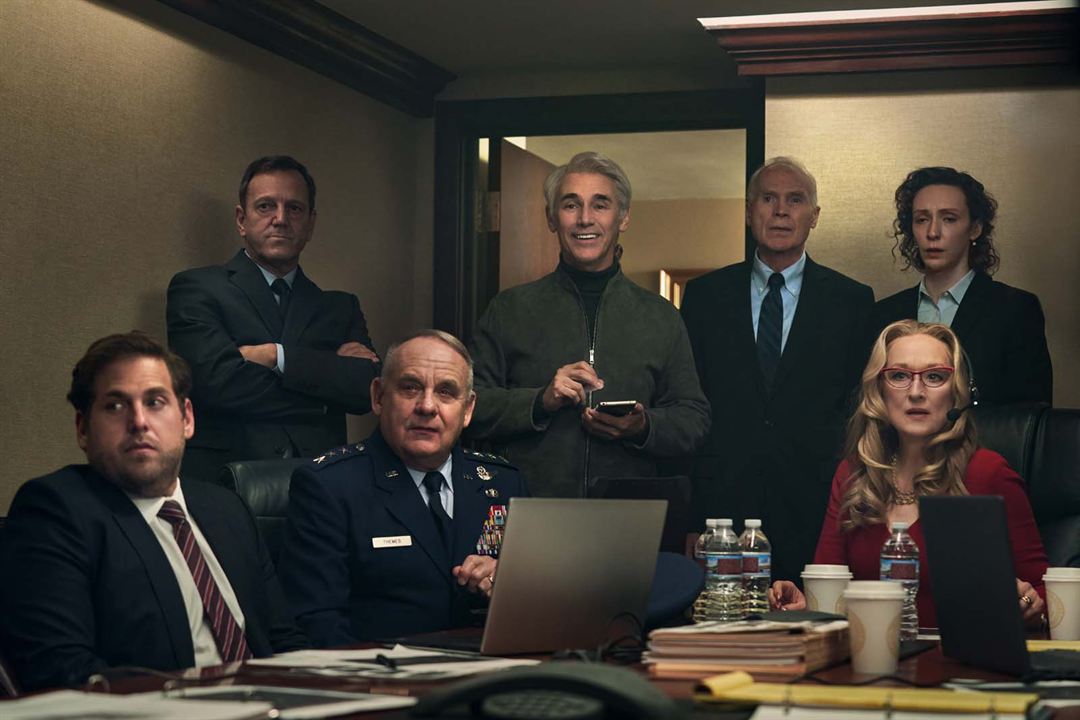 Recently, a lot of people have been talking about the movie Don’t Look Up by director Adam McKay. Have you watched or heard of it? McKay is great because he is able to present important social issues in an accessible and fun way.

In The Big Short, one of his previous films, McKay explains how the 2008 financial crisis began. And later in VICE, he details how and why Western countries have started wars in the Middle East over the past 20 years, and more.

Don’t Look Up has become a blockbuster movie because people identify with it. Many problems that we face on a daily basis are problematized by it. Namely the disproportion between political power – held by capitalist companies – and the people. The capitalist elites are playing their own game and setting the rules that we must follow. Their influence over politics means that they control decisions that impact their wealth. And people’s lives.

McKay seems to have learned that capitalist problems are not isolated events. Neither a representation of the corruption or the malevolence of singular individuals. Thus, these problems must exist for the capitalist elite to remain in power.

The exploitation of people and the planet is necessary to sustain capitalism. But to address these issues, we need to go beyond capitalism as a means of organizing our societies.

As long as the means to produce our lives remain the property of the elite, the people will not be in control. They will not be able to organize society themselves (democratically).

The power of property ultimately dictates how we organize our societies. Historically, profit has never been the main motive for social organization. It was only with capitalism that society began to put profit (economic value) above and above all other forms of value (social, etc.).

Using state power, the capitalist elite controls all areas of social life. This is to ensure a greater accumulation of wealth. And the very people whom we expect to help the greatest number, such as journalists and intellectuals, become representatives of the elite.

By defending the interests of the elites, experts and the media create a fantasy. A fiction in which we must believe, which they call “reality”. The movie Don’t Look Up does the opposite as a work of fiction. But because it reveals to us how the ruling elite work, it ends up being more real than our reality. This means that we can use the film to learn more about the power mechanisms that affect our lives.

The capitalist elite do not directly tell us to â€œlook downâ€. This is the implicit message. Instead, he tells us, “Do not look upwards.” Even though we may feel that something is wrong, we are neither able nor allowed to see it. The essence of our society remains hidden. What is irrelevant must appear to be relevant. Our reality has thus become a fiction, it no longer seems real.

The colossal amount of information available may suggest that society is immune to propaganda. But quantity dissolves the quality of information.

The left movements must take over the task of the political education of the masses. The lack of understanding of the key messages of Don’t Look Up reveals the depth of the problem. Left movements must break free from the grip of the ruling elite and begin to act on behalf of humanity and the planet. The elites push not only the class struggle, but the class war. And the left remains faithful to the fantasy of governing for all within societies divided into classes.

Before the left can unveil its power, it must learn to connect theory to practice. Because appearance has invaded not only the minds and dreams of the masses, but also those of supporters of the left. When names like Lula (Brazil), Boric (Chile), Mujica (Uruguay) appear, the left begins to celebrate the victory. But they do so without taking into account the historical practices of these candidates. And the class relations which are peculiar to each country.

While the left sleeps, believing that progressive reforms are enough, it forgets that it has become a controlled opposition. The left’s idealistic dream for unity with the elite leads to a blind acceptance of domination at the expense of the masses. In the abstract name of unity, the precarious conditions of the people become sanctified. Replaced only by new appearances. Concretely, however, nothing changes.

“The owners of this country know the truth, it’s called the American dream, because you have to sleep to believe it.”

Unfortunately, this applies to most capitalist countries, if not all.

Would you like to be informed of DiEM25’s actions? register here