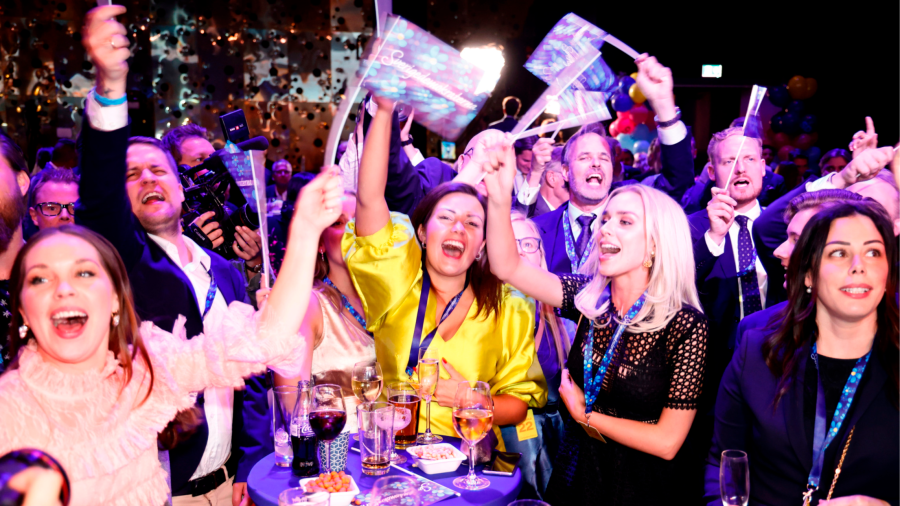 Think twice before calling the electoral gains of the nationalist and anti-immigrant Swedish Democrats a dangerous turn in Swedish and European politics. Democracy and the rule of law in Sweden are not under threat. Nor are the country’s decisive steps towards full integration into transatlantic security structures.

What is true is that, as in other European democracies, the Swedish hard right has managed to shape the policies of less extreme right-wing parties around its own themes. In the UK it was Brexit; in France, militant Islam; and in Sweden it is immigration, violent crime and national identity.

The Swedish Democrats, a party with its roots in the fringe, neo-Nazi white supremacist scene of the late 20th century, were until recently treated like a skunk by other parties, including the moderate, mainstream conservatives. But that changed in 2020 when moderates expressed their willingness to cooperate with the Swedish Democrats, justifying the move by saying the party had gradually abandoned its extremism.

In Sunday’s general election Sweden’s Democrats achieved their best result since winning seats in parliament in 2010. With around 20% of the vote, they came second behind the ruling Social Democrats and became the largest right-wing party, barely ahead of the moderates.

It remains to be seen whether a right-wing coalition will come to power and, if so, whether the Swedish Democrats will be part of it. There is considerable reluctance among mainstream parties to take this sensitive step. But even if the party were limited to offering parliamentary support to a minority coalition, it would have an influence on government policies.

What will not change are the fundamentals of Swedish foreign and defense policy. Swedish Democrats support the country’s bid to join NATO. Party leader Jimmie Akesson condemned Vladimir Putin’s invasion of Ukraine and, during the election campaign, said: “Today Russia is more or less a full-scale dictatorship.”

Sweden’s Democrats have also dropped their former hostility to the country’s EU membership. Beyond that, Sweden’s democratic processes and respect for the rule of law remain strong. This makes Sweden a very different case from Hungary, marked by years of democratic backsliding under Viktor Orbán, and Poland with its attack on judicial independence.

Undoubtedly, other reasons for concern surround the Italian election of September 25th. The right-wing coalition that looks poised for victory includes the far-right League, which signed a cooperation pact in 2017 with Putin’s United Russia party, and whose leader Matteo Salvini is questioning the usefulness of Western sanctions against Moscow. Yet Giorgia Meloni, leader of the far-right Italian Brotherhood, which is leading in opinion polls, supports the Western position on Russia.

More troubling is that the right-wing coalition may try to rewrite the terms of Italy’s access to the EU’s post-pandemic recovery fund. This is one of the many areas where doubts persist as to the coalition’s commitment to the economic and administrative reforms initiated by Mario Draghi’s government of national unity.

In Sweden, the central cause of the rise of the hard right has been the struggle to deal with large-scale immigration. About 20% of Sweden’s 10.5 million people were born abroad, with some 240,000 asylum seekers arriving during the 2014-2015 European refugee crisis.

Swedish Democrats link immigration to rising gang wars and gun murders in what was once one of Europe’s most peaceful societies. However, all the Swedish parties now recognize that there is a problem of delinquency and the integration of immigrants who are often relatively poor. Magdalena Andersson, Swedish Social Democratic Prime Minister, said: “Segregation is so strong that we have two parallel societies in Sweden.

What sets the Swedish Democrats apart on this is their coarse and abrasive language. During the election campaign, Tobias Andersson, their spokesman for criminal affairs, posted a photo of a train car with these words addressed to immigrants: “Welcome to the repatriation train. You have a one-way ticket. Next stop, Kabul.

Sweden’s democrats differ from right-wing insurgent parties in Norway or Finland, whose traditions are based more on libertarianism or agrarian populism. Under Akesson, who took over as party leader in 2005, Sweden’s Democrats expelled their most hardline members and changed their logo from a flame to a flower. Still, it may take more than that to persuade the political establishment that Sweden’s Democrats deserve a fate in power.

myFICO: How to Build Credit