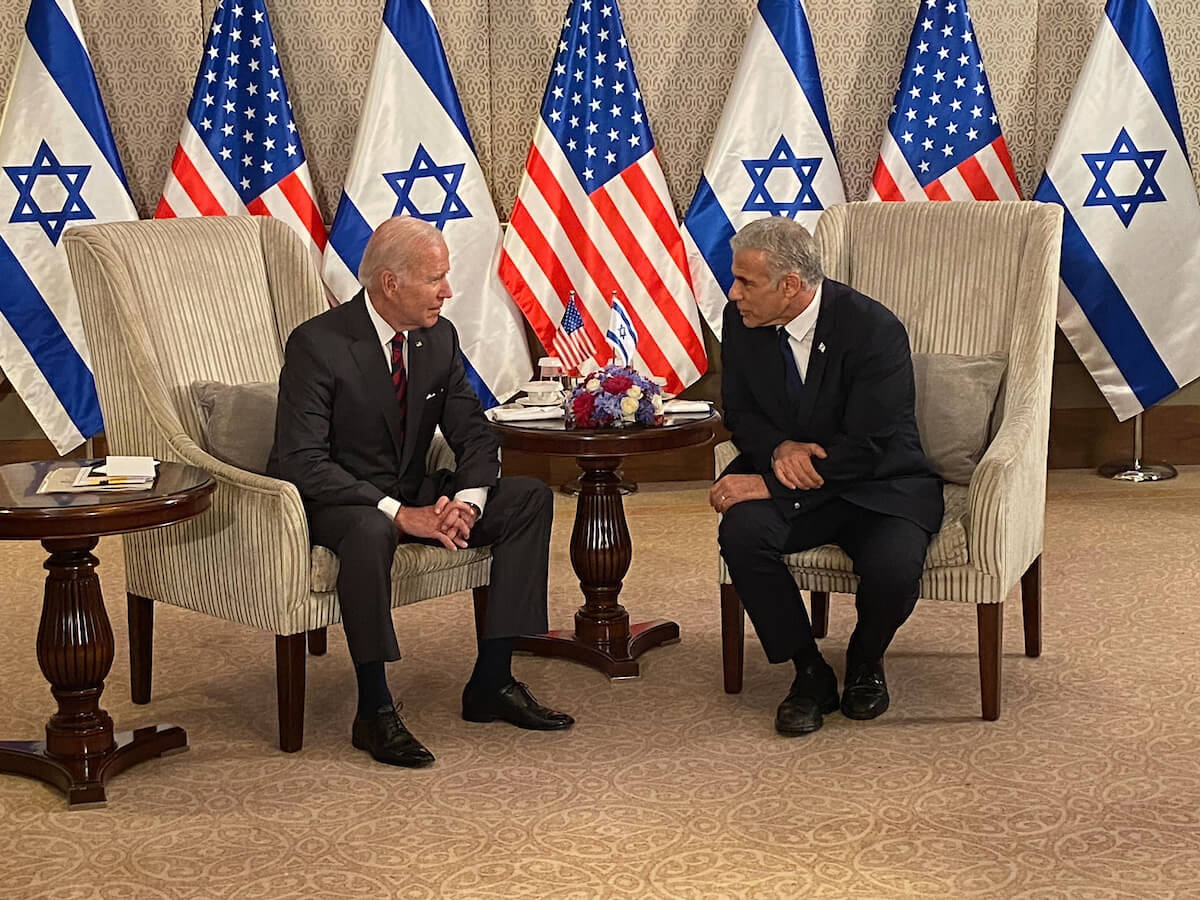 On July 14, US President Joe Biden and Israeli Prime Minister Yair Lapid signed a joint strategic statement that underscores the ties between the two countries, pledges to strengthen bilateral cooperation and pledges to prevent Iran from obtain nuclear weapons. It also targets the Boycott, Divestment and Sanctions (BDS) movement, the nonviolent effort to pressure Israel to meet its obligations under international law.

“The United States and Israel affirm that they will continue to work together to combat all efforts to boycott or delegitimize Israel, deny its right to self-defense, or unfairly name it in any forum, including including at the United Nations or the International Criminal Court,” reads Jerusalem’s joint Israeli-American strategic partnership statement. “While fully respecting the right to freedom of expression, they firmly reject the BDS campaign.”

“Both countries will use the tools at their disposal to combat all scourges and all sources of anti-Semitism and to respond whenever legitimate criticism turns into bigotry and hatred or attempts to undermine the rightful and legitimate place of Israel within the family of nations,” he continues. “In this context, they express their deep concern at the global rise of anti-Semitism and reaffirm their commitment to counter this ancient hatred in all its manifestations. The United States is proud to stand with the Jewish, democratic State of Israel and its people, whose courage, resilience, and unparalleled spirit of innovation inspire so many people in the world.

The United Nations has always been accused of being anti-Israel by both American political parties. After the UN Human Rights Council’s Commission of Inquiry launched an investigation into alleged Israeli war crimes in June, the State Department said the group’s very existence symbolized “a long-standing tendency to unfairly stigmatize Israel”.

The Palestinian BDS National Committee (BNC) immediately issued a statement condemning the “hate-filled” statement. “The two governments’ propaganda attack on the Palestinian-led BDS movement is just the latest desperate attempt to protect Israel from apartheid from growing calls for meaningful accountability under international law,” it read. “By placing BDS among their top priorities, their statement simultaneously attests to the growing impact of the BDS movement and shatters the US administration’s already fragile claim to respect free speech and human rights. “

While running for president, Biden upset Palestinian activists by repeatedly rejecting BDS. A policy document posted on its campaign website said the movement had veered into anti-Semitism and let “Palestinians off the hook for their choices”. Biden reiterated the accusation of anti-Semitism during a phone call with donors. Asked about progressive House members critical of Israel during a TV appearance this week, Biden said, “There are few of them. I think they are wrong. I think they are making a mistake. Israel is a democracy. Israel is our ally. Israel is a friend, and I don’t think I apologize.

Anti-BDS laws have been passed in over 30 US states. Last month, an appeals court upheld an Arkansas law that prohibits contractors in the state from boycotting Israel. Earlier this month, ice cream maker Ben & Jerry’s sued its parent company, Unilever, over its decision to sell its Israeli operations and thus continue to sell the product in illegal settlements in the West Bank.

This movement needs a newsroom that can cover all of Palestine and the worldwide movement for Palestinian freedom.

The Israeli government and its economic, cultural, and political supporters here in the United States have invested for decades in silencing and delegitimizing Palestinian voices.

We build a powerful challenge to these dominant norms and prove that listening to Palestinians is essential to moving the needle.

Become a donor today and support our essential work.