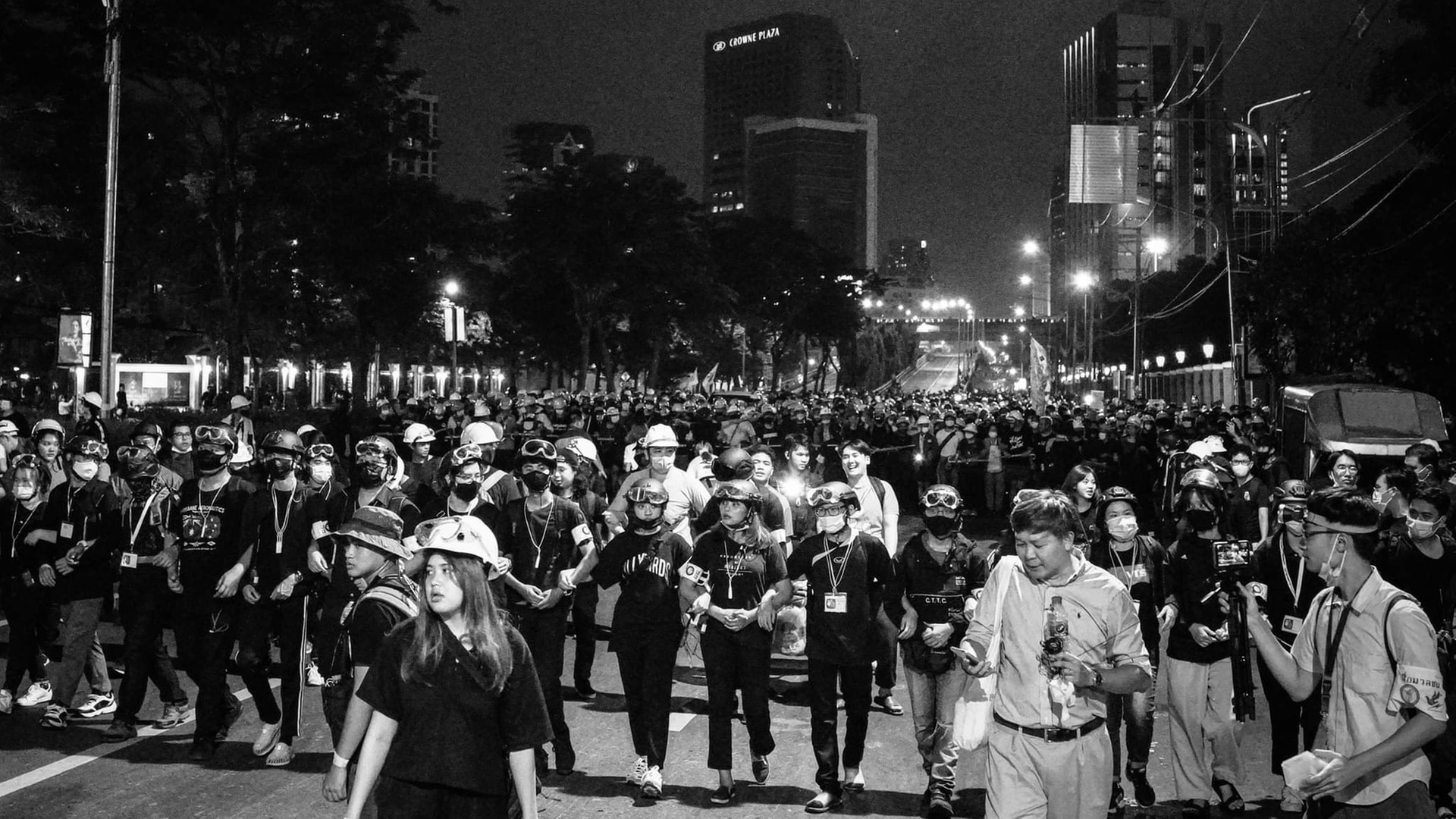 Walking a tightrope as a defender of democracy in Thailand

In Thailand, the demonstrators are not ready to give up their fight for democracy. Journalist Pravit Rojanaphruk, the latest in our Global Voices of Freedom series, explains what’s at stake.

Bruno is swissinfo.ch’s correspondent for global democracy as well as a long-time foreign correspondent for the Swiss Broadcasting Corporation, based in Sweden. He is also director of international relations at the Foundation for Swiss Democracy and co-chair of the World Forum on Modern Direct Democracy.

More from this author

The Italian filmmaker, who grew up in Africa, now lives in Switzerland. Carlo studied film directing at the Italian National Film School, worked as a documentary editor and director / producer in Berlin and Vienna. It turns multimedia into compelling stories.

More from this author | Multimedia

An impressive black-and-white photo, by Italian photographer Jan Daga, shows an August 2020 protest: Lines of young students walk hand in hand on a Bangkok street, followed by cohorts of heavily armed police. In the spotlight, live from the battlefield of Thai democracy, stands a single journalist with a smartphone – Pravit Rojanaphruk.

The 51-year-old journalist works as a senior editor for English khaosod (“fresh news”). Previously, he wrote a regular column for the Nation, an English-language newspaper in the country, but was forced to resign due to his political views following the 2014 coup. Since then he has gained a reputation as one of the most prominent champions of democracy and freedom of expression in South Asia – and has therefore been labeled an â€œenemy of the peopleâ€ and arrested on several occasions.

In a conversation as part of SWI swissinfo.ch’s Global Voices of Freedom series, Rojanaphruk repeatedly mentions a major obstacle to democracy in his country – the so-called â€œlese majestÃ©â€ law, which prohibits any criticism of the monarchy.

The supporters of a modern democracy in Thailand find themselves on a tightrope. Thousands of protesters, mostly young people, have been arrested and jailed since Jan Daga took his iconic photo last summer. For his part, Pravit Rojanaphruk is still at the forefront of this important movement for freedom of expression and popular power: as a professional reporter and ardent defender of democracy.

K-12 Game-Based Learning Market Expected To Grow At A CAGR Of 20.63% By 2025 | Increased investment by venture capitalists to stimulate growth

In 2022, EMMA shines the spotlight on visionaries of art and design under the theme Crystal Ball