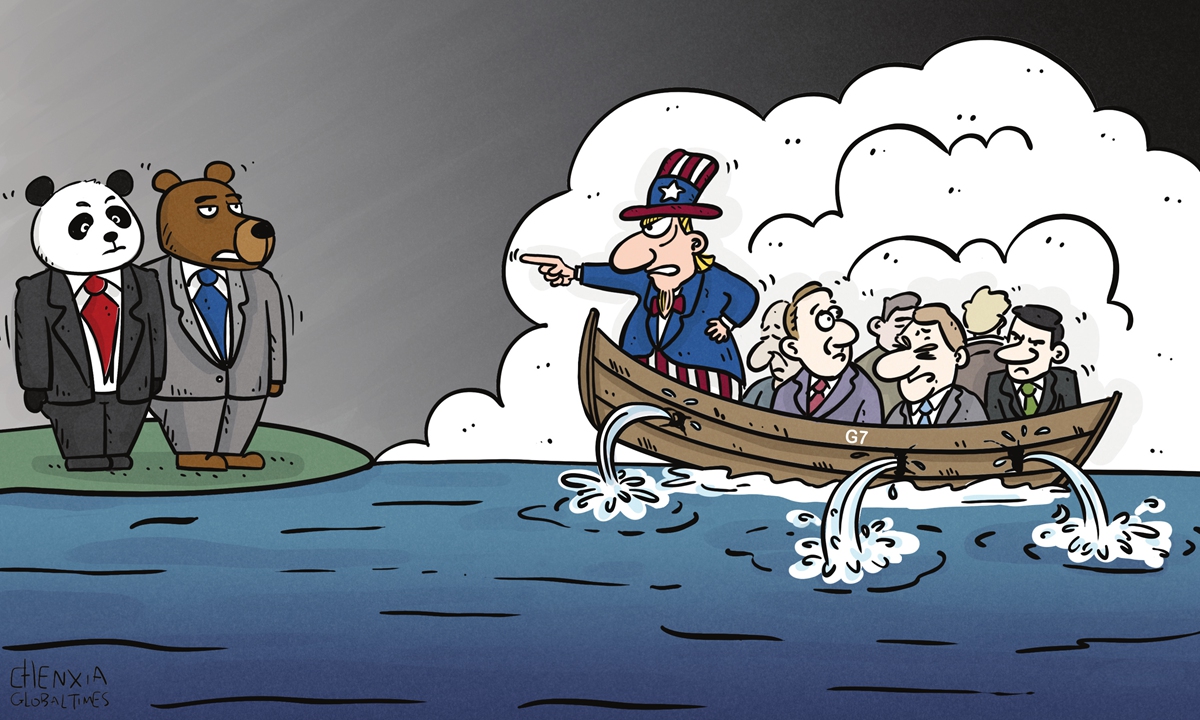 “Efforts by civilized nations to deter Russia and China begin to pile up” – that’s the headline of an opinion written by George Will in the Washington Post on Friday. The article took the examples of the Black Sea mission of the British Royal Navy destroyer HMS Defender, the actions of HMS Queen Elizabeth in the South China Sea and the joint US-Japanese military exercises, trying to explain how ” civilized nations are taking, in word and deed, modest but cumulatively substantial steps that serve to deter “China and Russia.”

By using the word “civilized”, the author obviously implies that China and Russia are the “uncivilized”. It’s a quintessentially Western condescension, with a strong sense of superiority that tries to cover up its inner anxiety.

The title has also drawn criticism from many Chinese and foreign netizens. A comment on Twitter read: “So it seems the Washington Post doesn’t even bother to hide its imperialism any longer. This tale of ‘civilized’ countries versus the implied ‘uncivilized’ is a racist and centric narrative. West. “

The United States and some Western countries consider themselves “civilized,” but their actions are brutal. The examples cited in the article prove how barbaric these countries are. These countries have interfered without cause in the internal affairs of other countries and even promoted the law of the jungle within the international community. As a Chinese netizen commented on Weibo, “The United States and the West have stigmatized the concepts of freedom and democracy, and now they are doing the same with the word ‘civilized’.”

Western countries have stubbornly ignored the facts and are obsessed with dualistic black and white thinking about the differences between East and West – civilization and barbarism, progress and degradation, democracy and autocracy. The United States and its “like-minded” countries narcissistically see themselves as the good side, and others are the dark side. “Washington hopes to form a so-called alliance of global” civilizations “to fight China and Russia,” Zhang Tengjun, associate researcher at the China Institute for International Studies, told the Global Times on Tuesday.

But such an approach by the United States is doomed to failure. Andrey Bystritskiy, chairman of the board of directors of the Valdai Discussion Club Development and Support Foundation, said in a recent interview with the Global Times: “If I may say so, the United States and its allies are the past, clinging to their privileges. Russia and China are the future.

The competition between countries as a confrontation between civilization and barbarism reflects the deep-rooted anxiety in the Western world. “The United States and the West are now unable to achieve their goals through normal and benign competition. Therefore, they must use such labeling to demonize other countries, especially China and Russia, in order to “acquire a certain psychological superiority. In essence, this is a manifestation of the end of Western hegemony,” said Zhang.

The economic, technological and military strengths of China and Russia are not only enormous, but also have a tremendous influence. The United States and the West are less and less able to provoke China and Russia at the same time. It will become Washington’s nightmare if his provocation forces Beijing and Moscow to deal with him jointly.