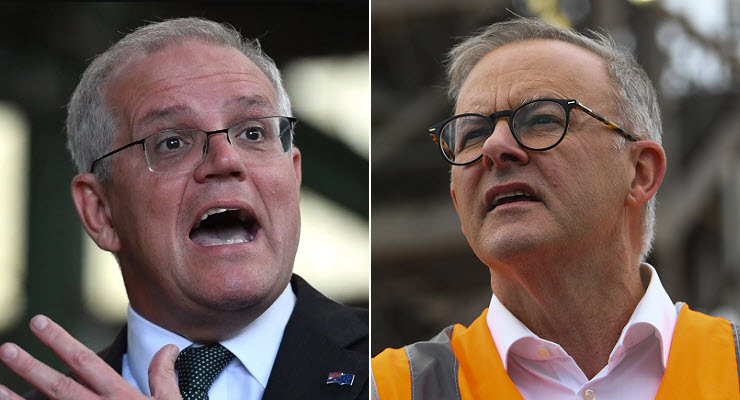 Well here we are. All hoping for the same. All? Most likely, there are a few liberal voting readers in this congregation. But I would be very surprised if many or some are real enthusiastic Liberal voters. Deep down, do a lot of people want him to lose, even those who will vote for him?

Who knows? But for most of us here, the choice in the country is surely between sociality and bubble tea. Nothing like socialism is proposed by Labour, but on the other side there is only a frothy nothing, a gang happy to be the point of men and women of an agglomeration mining and media capital that brings together cronyism and culture wars as the first line of defense. .

They believe it too, many of them. The culture wars, I mean. They are happy to tear society apart through inequality, waste, natural destruction to make a point or make one. They think society is collapsing, but they have destroyed the integrity of government, sound national planning, social welfare and much more with a flick of the wrist.

It all started under the Howard government, but this crowd, this freak show of neurotics and jerks, refugees from reality and family stealers, happy-clappies and killer monks, really set the seal. It’s what took us there, to the banana republic, to Alabama, aided and abetted by a mainstream media that’s nothing more than a black floating toxin, a corps of compromised editors and sycophant choralists, with the usual exceptions. If their cynicism was unbiased, that would be one thing, but it’s combined with a pathetic toading to the loudest voice in the room. Nothing was more upsetting or pathetic to watch this time around than seeing what some people think of this profession.

Work? Well, they had made it clear that they were going to run a campaign that barely looked like it, a mixture of small themes and initiatives, a war against the occupying News Corp forces on the old guerrilla principle that we win when we are not the loser. Albo tried his best, Jimmy Chalmers tried his best, they kept going, you can’t blame them, fighting not just opposition but MSM that was sometimes, I mean, just psychotic. Just psychotic.

Win and the debate about it is a bit over. To lose and, as I noted, is a bitter return, because nothing was offered, no alternative principle for the life of society than this gloomy alky clown circus. If they fail, there will be time for recriminations, and you can bet there will be. But for today solidarity forever and at the victoria siempre. With the caveat that the election will tell us who we really are, here is my appeal:

And with that, you end up with:

The short catch: The swing to Labor, trending towards 53% (which would take them to 80 seats) will be hampered by UAP preferences and residual “silent” voters, but this pullback will not be enough to give the Coalition a plurality.

See you on the flip….

‘It’s a war’ for the future of the Democratic Party, says Sanders of AIPAC’s Super PAC