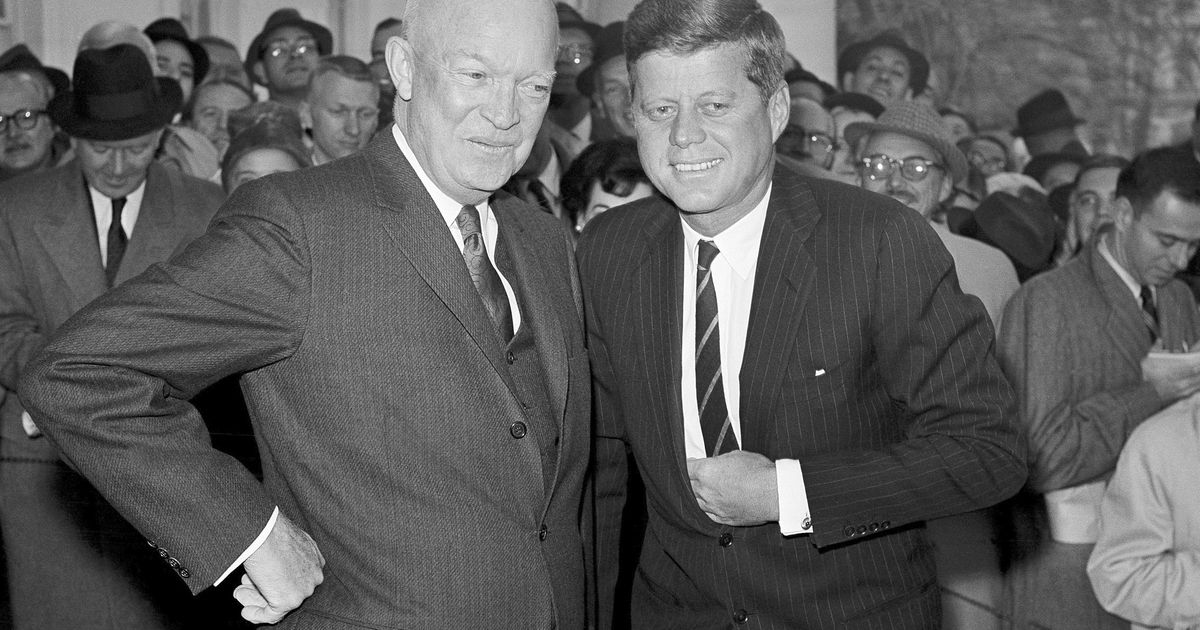 Why are you still Republicans?

FILE – In this Dec. 6, 1960 file photo, President Dwight Eisenhower poses with President-elect John F. Kennedy at the White House in Washington, prior to a private conference. (AP Photo, File)

I’m assuming you’re a registered Republican, fully vaccinated, and wearing a mask where appropriate. Otherwise, ignore the following. You are beyond reason, enlightened self-interest, or concern for your fellow man, woman, or child.

My question is for those who still consider themselves Republicans. Key word – think. You are what I would call an Eisenhower Republican. You might not remember the 50s. If you weren’t black or Latino, or female, it was a good time. It was a time of change – civil rights, equality and good music.

Republicans were always talking to Democrats and things got done – highways, education, polio vaccines. It was when conservatism meant going slow, not stopping and not wanting to go back. Then came Goldwater, Schlafly, Nixon, Reagan and Newt. Well, you know the rest. So here we are. And after?

We have a stalemate in Washington and an ideological stranglehold here in UtALECh (my shorthand for a government of, by, and for Koch-libertarians, oligarchs, rich). Stuart Adams is chairman of the Utah Senate and the American Legislative Exchange Council (ALEC). They make most of our laws and the laws of other red states. Laws favoring the wealthy. I couldn’t find the link for Brad Wilson, but it’s there.

What I mean is that we are ruled by a libertarian ideology – no government, no regulation. Same with taxes, starve the beast – education, healthcare, housing, climate change. There is no Republican Party. It’s not even a Trump party, although a lot of it is. It is a party of extremely rich, the 1%. Those who will never have enough. They want everything. On January 6, they got closer. The calamity of COVID is theirs.

So why are you still a Republican? Your party has left you.

Send a letter to the editor

A library that the Internet cannot do without