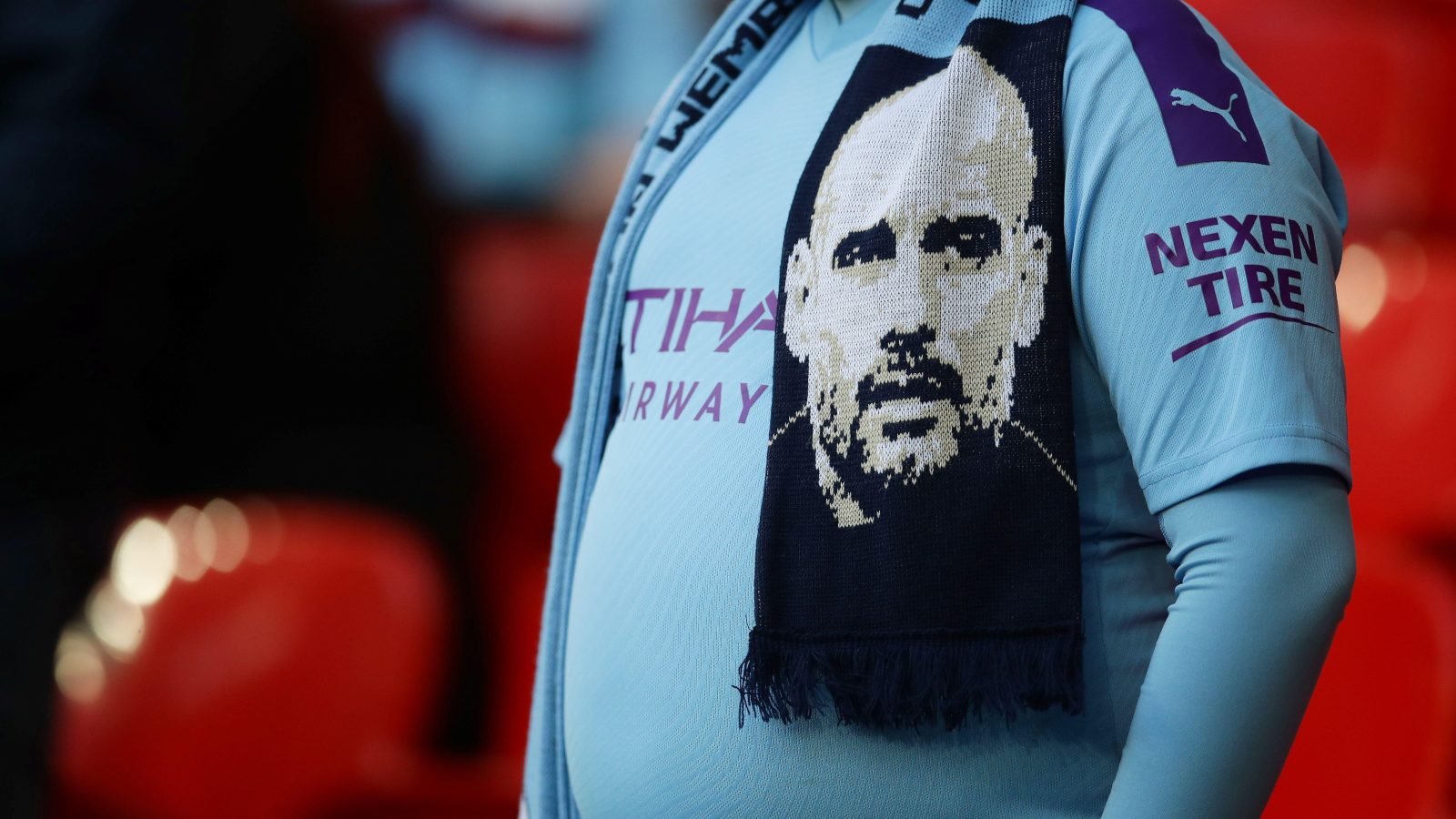 Why should we be angry at Manchester City, a ‘connected’ scarf and surveillance capitalism

Manchester City want your data and are ready to sell you a scarf to exploit it. Why would anyone mind?

Usually, when a company markets a product designed to extract data from its users, it at least has the courtesy of claiming to offer a service in exchange.

When, for example, Google scans your emails to mine and sell millions of data points about your movements, thoughts, and feelings, they sneak past you with a nifty app, quick search feature, ” undo send” – largely useless stuff disguised as progress.

So what makes Manchester City’s new ‘connected scarf’ – containing a sensor to track emotional and physiological data – such a seemingly blatant attack on supporters’ privacy is the complete lack of argument from sale. Nowhere in the promotional material does anyone indicate why a supporter might want to own the scarf or how it might benefit them. But who this product is really intended for and what it is used for, it is not a mystery. It’s not for you.

“We’re excited to share an innovative upgrade to the Scarf that allows us to measure those highs and lows and better understand the emotion at the heart of the world’s beautiful game,” read the club press release. Note: allows we measure. There is nothing here for the supporter and the consumer.

The official site is littered with vague platitudes and disturbing subtexts. “We are only scratching the surface of what the connected scarf can do” is written in capital letters next to a smiling Aymeric Laporte. “We are excited about what we are about to discover.”

NFT should mean No F***ing Tolerance at all

The club has yet to say how it will handle privacy issues once the smart scarf comes out of its pilot phase or how much data will be shared with marketing partners. They did not respond to requests for clarification from Football365.

In the absence of an explanation or opt-out of data sharing in the promotional material, should we assume that they will sell and analyze it for profit? This is the underlying principle of all “smart” devices, and certainly those that don’t even allow the user to access any of the data, much less give a reason why the consumer should want the product.

It’s a big problem. As Soshana Zuboff details in her founding book The Age of Surveillance Capitalismthe emergence of the “internet of things” is potentially the greatest threat to democracy and free will in human history.

This may seem overkill. It’s not. The sophistication with which smart devices can interact, sharing billions of data points about our emotional and behavioral activity, is already creating the possibility of “future markets”; selling data packages so precise in their scope that they predict human behavior, a compelling and lucrative marketing tool.

Once future markets are commonplace and smart devices are standardized in every corner of our homes and workplaces, it makes sense that companies selling data will seek to increase reliability – and therefore margins. beneficiaries – in control the future, rather than just predicting it.

This can be done through a myriad of nudges and suggestions, each the result of a complex tapestry of data mining and synchronicity between devices. To cite just one example, a recovering drug addict whose emotional regulation is being analyzed by his smartphone could be alerted to a nearby betting shop and introductory offers at the precise moment a life event makes him suddenly vulnerable.

When do our choices stop being ours? At what point did the immense power imbalance of the “shadow text,” as Zuboff calls it — the vast knowledge of human behavior dumped by the gods of social media and e-commerce, but hidden from the rest of us – leaves us unguarded against their manipulation?

This is not to speak of a conspiracy, but merely an inevitability as companies embrace the sale of data in the pursuit of profit. The endgame is business efficiency and vertical integration at an unprecedented scale. The endgame is enslavement: lemmings following pre-determined paths decided by malevolent corporations, driven into habits of buying, traveling, and relating that aren’t really ours.

Grassroots activism on all products of surveillance capitalism is essential to resisting a digital revolution that threatens to create a newly subjugated world. Every example, especially one as brazen as Man City’s ‘connected scarf’, must be fiercely fought against.

Man City have no master plan to end free agency, of course, but nonetheless they will be co-conspirators if they do plan to exploit fans. The Scarf, which uses an EmotiBit wearable sensor module not unlike those found in fitness bands, “will accurately track and record fans’ emotional, physiological and movement data throughout a game. “, capturing the following four data streams:

Even beyond selling this data to advertisers – as Fitbit and other fitness apparel brands do – there is cause for alarm at how this can be used to alter the experience of the day. match, already an explicit goal: the data “allows us to shape more curated, personalized content for future experiences”.

Building a map of fan movements and cardinal direction could help Man City recalibrate where they place adverts. Hydration data would allow the club to target particular areas at specific times with beverage sales. Most troubling of all, measuring emotional responses could allow AI-assisted digital ads to show specific brands or targeted campaigns at a time of heightened deregulation and vulnerability: nudging people toward choices; it is a hidden deterministic control.

It would be easy to dismiss this as a marginal, and therefore insignificant, concern. But surveillance capitalism comes stealthily (first gradually, then suddenly) and the captive loyalty of football fans makes us an obvious target – unless we choose to resist.

We are at the beginning of the era of surveillance capitalism. Once smart devices are standardized across society, the battle will be lost. Here is an opportunity to “be the friction” against the “coup from above”, to use Zuboff’s expression. She wrote the bible on the subject, and her words should resonate in our response to every piece of useless, bloodsucking smart technology thrust upon us:

“It is not acceptable that our best instincts for connection, empathy and information are exploited by draconian counterparts who hold these assets hostage to the pervasive strip search of our lives. It is not acceptable for every movement, emotion, utterance and desire to be cataloged, manipulated, and then used to surreptitiously guide us through the future for the benefit of someone else… What is at stake is the inner experience from which we form the will to the will and the public spaces to act on that will.

Angry that our private lives are treated as if they belong freely to anyone to take, harvest, sell and exploit.

Angry, they would treat the supporters with such contempt.

Angry that they think we’re fools, ready to be tagged with a data-mining device just because Jack Grealish says it’s ‘unbelievable’.

And angry that this phenomenon has seeped into football without any regulations, tough questions or even an attempt to explain why they insert sensors into merchandise – and what they plan to do with our data.

ConsolidationNow has been reorganized as RixLoans Payday

Will there be a “Toradora!” Season 2?