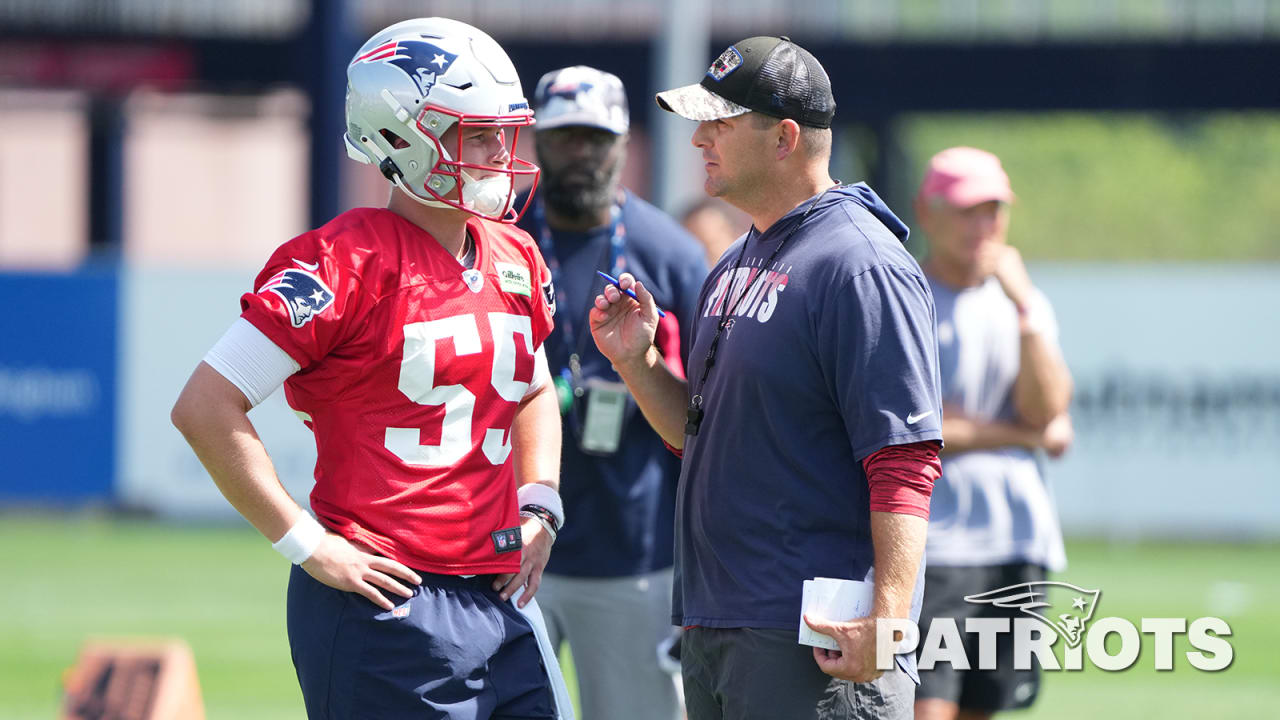 Zap happy to have extra work

“It’s great to come here and keep working to improve every day,” added Zappe. “We all have to keep improving and preparing for the season. The more time I have to review everything, the more I can keep improving.”

To be fair to the rookie, things weren’t much better when Jones and the starters were on the field. For the first time this summer, Jones was visibly frustrated – he walked off the pitch looking quite agitated – after enduring a hard morning’s work.

The secondary again showed solid coverage and forced the quarterbacks to constantly pull the ball down and away from the spot. Even the completions seemed to feature some special work from wide, like the ball Jakobi Meyers fired between Shaun Wade and Terrance Mitchell for a late touchdown in the red zone. Meyers was well covered on play but timed his jump perfectly and grabbed the pass to beat the double team.

Jones had a few good throws at Hunter Henry, the latter driving a touchdown, but overall his frustration was evident. It came to a boil on one of the last plays of the day when he rushed to his right and tried to throw slightly back against the grain, only to see Kyle Dugger step in easily for the pick.

This mistake led the entire offense to do push-ups. When play resumed, Jones attempted to hit Meyers with a quick sprint to the left similar to a Henry TD seen earlier in camp. This time, rookie Marcus Jones showed great closing speed and was able to break the pass, which ended the morning well.

Beyond the quarterback game, here are one man’s observations from Day 4 of training camp.

*No change in attendance as Jabrill Peppers, James White and Jonathan Jones remain on PUP while Myles Bryant, Chasen Hines and Andrew Stueber are on NFI. Additionally, Deatrich Wise missed his third straight day on the job while Hoyer was out for the second straight time.

* On a positive note, David Andrews, who was activated out of PUP on Friday, was more active during training and took part in some of the team drills. He handled the snaps as the attack built up against a scout-like defence, but James Ferentz took his place for most of the work at 11v11.

* Newly signed wide receiver Josh Hammond was on the field for the second straight day wearing the No. 80. The 6-0, 194-pounder from Florida spent time in the Jaguars and Eagles organizations before signing with the Patriots, and he caught a nice touchdown during the 7-on-7 despite tight coverage from Malcolm Butler.